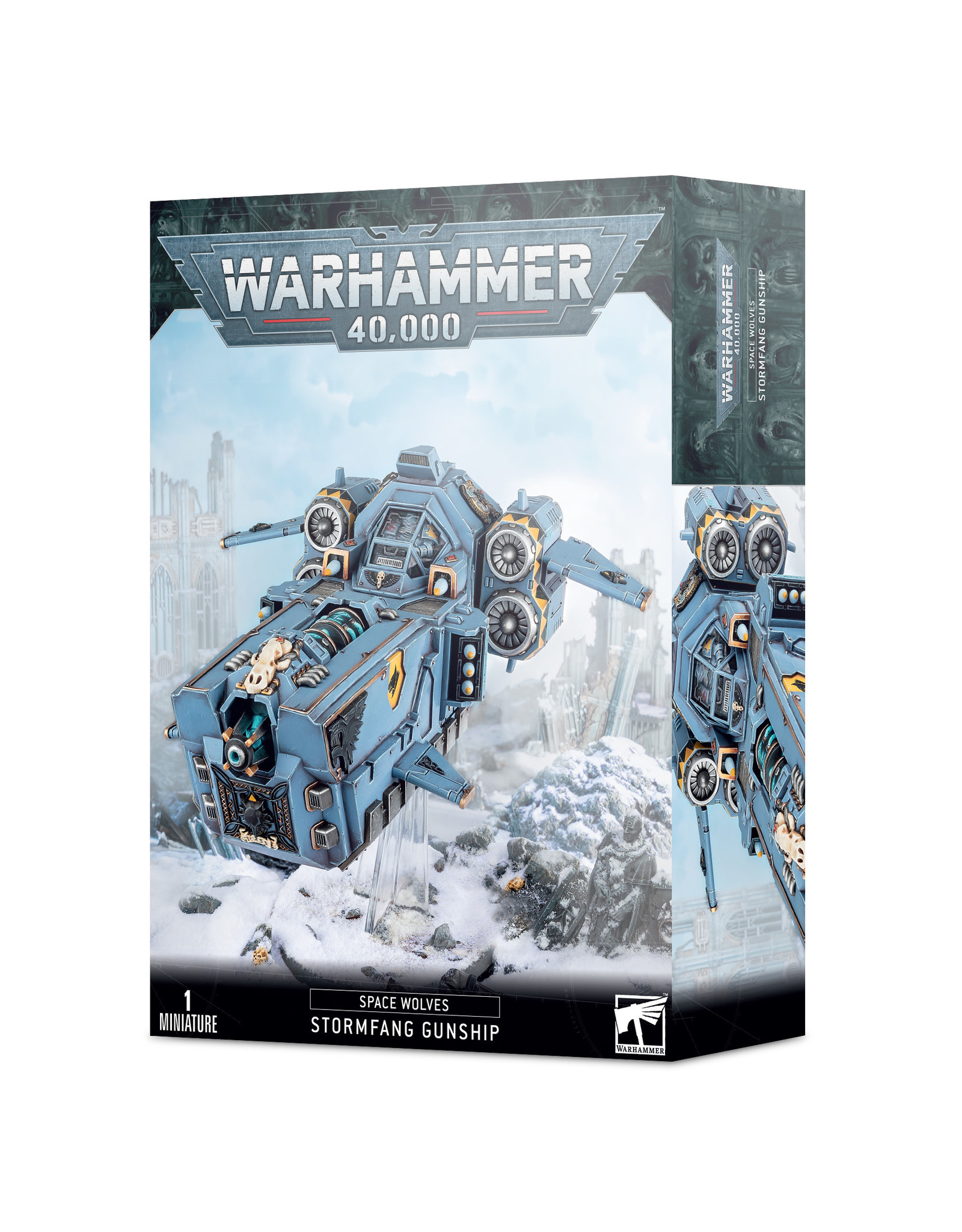 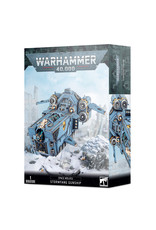 The Stormfang Gunship is designed to dominate the skies while furiously blasting apart all who would oppose the Sons of Russ.

This multi-part plastic kit makes one Stormfang Gunship. It is equipped with a helfrost destructor that runs along the length of its fuselage. This formidable weapon is designed to freeze the target to absolute zero in an instant. The two side sponsons can be equipped with a choice of twin-linked heavy bolters, skyhammer missiles or twin-linked multi-meltas. On the hull you can either mount two stormstrike missiles or replace them with twin-linked lascannon.

The Stormfang has one access point at the rear of its hull that functions as a transport for up to six Space Wolves. There is also an abundance of iconography including shields, pelts and hanging chains which can be used to customise your Stormfang Gunship.

This kit can also be assembled as a Stormwolf Assault Craft.