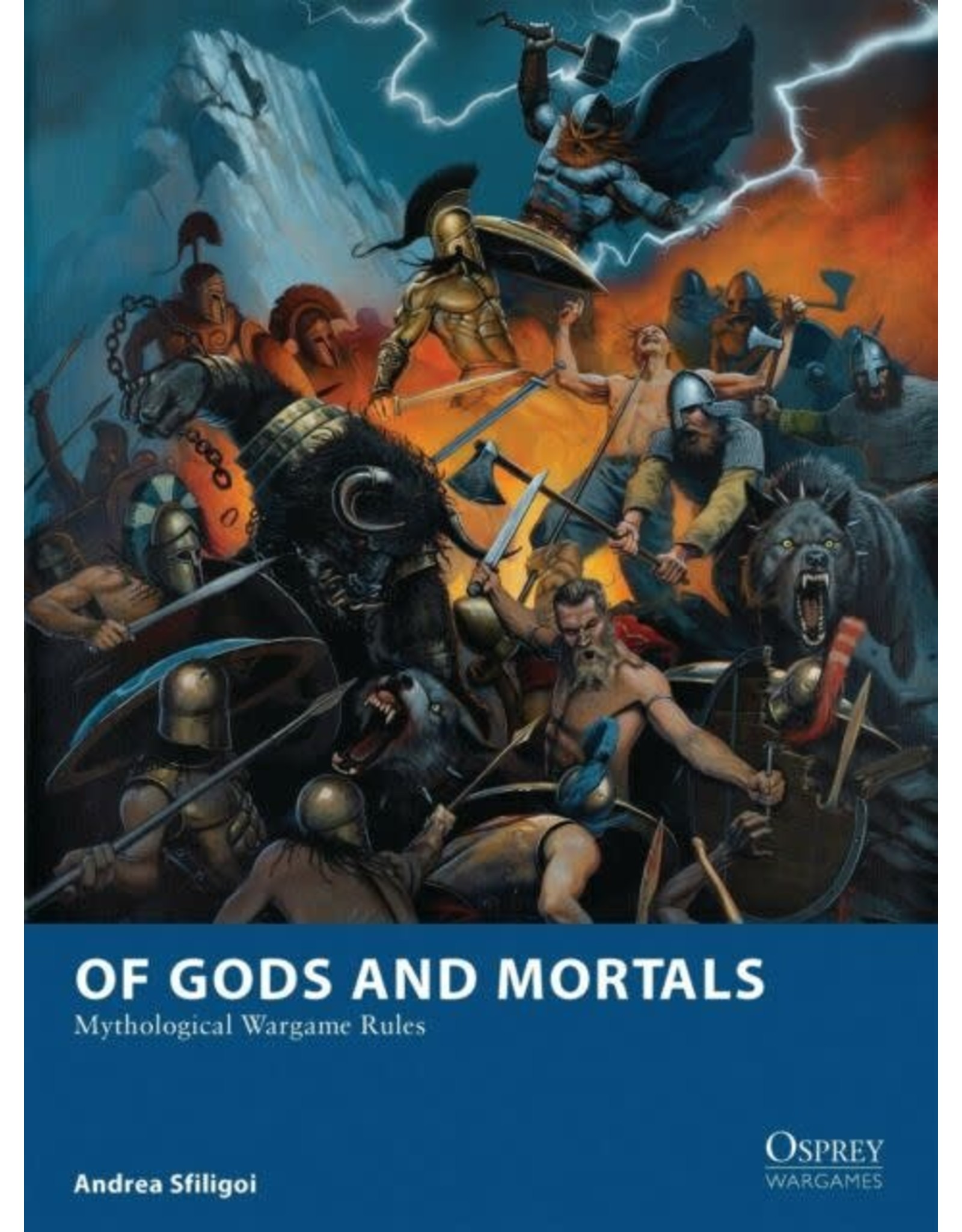 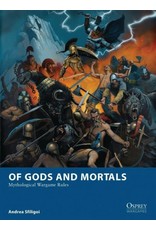 Factions represented in the rulebook include: Greco-Roman, Egyptian, Japanese, Aztecs, Pre-Islamic Arabs (Arabian Nights), Norse, Celts and Chinese. For every army list, a list suitable models from various manufacturers and scales will be included. New armies may be added as free PDF add-ons, keeping the game fresh for years.

Two armies clash: Thor, surrounded by crackling lighting, leads the assault of a horde of Viking berserkers. Preparing to receive this charge stands a wall of grim-faced, determined Spartan hoplites, commanded by Ares. Of Gods and Mortals is a scalable skirmish rules set where the average scenario plays in about one hour using up to 20 models per player on a 4'x4' table. Each player controls one god, 1-3 Legends (priests, demigods, heroes, monsters or other mythical creatures), and 10 to 20 men (infantry, cavalry, and the occasional artillery piece). This creates a three-tiered structure in the warband. The three troop types are interdependent in more than one way.

Gods lead men by their powers, while at the same time men give power to the gods by their faith in them. A God cannot exist without its Faithful. The Faithful cannot win without the help of their God. There is no automatic winning strategy: the player must balance his limited resources and outguess his opponent. A bit of luck helps, too!

Gods may seem all-powerful but they lose power as their troops are killed. At the same time, if the God is defeated, the mortals' morale is weakened. Gods do not die but they disappear if defeated. Legends are a sort of middle ground and provide special abilities to the warband. Mortals are more effective when used against other mortals - kill your opponent's mortal forces and you will deprive his god of much needed energy.

Combat between gods is conducted like normal, but in certain cases (if both roll a six), an explosion of power hits all mortal models in range. Combat between gods use a colored dice mechanic so they can battle each other for an extened time. Combat between mortals and legends use normal Song mechanics - opposed die rolls plus modifiers, with different game results based on how much the contest is won by. The game also introduces a mechanic in which a hero or other personality may swear an oath or boast that he will accomplish something within a set number of turns. If he manages to fulfill his oath, his army gets a morale bonus.