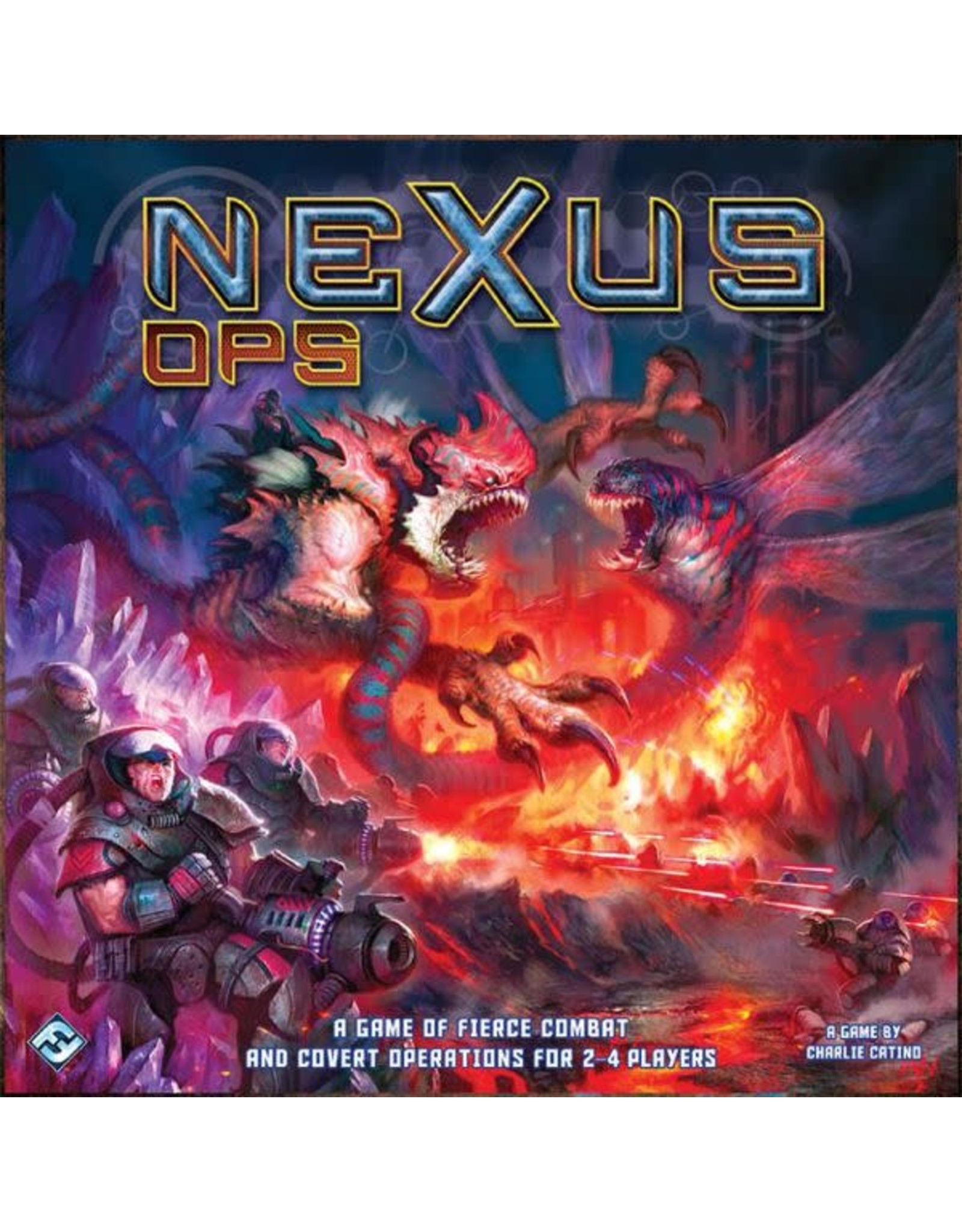 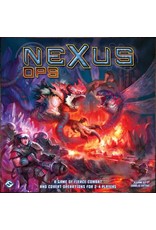 Nexus Ops is a light-medium science fiction war game. The game boasts a hexagonal board that is set up differently every time, as well as (in the Avalon Hill edition) cool "glow" miniatures and lots of combat. Players control competing futuristic corporations that battle each other for control of the moon's Rubium Ore. By winning battles and fulfilling Secret Missions, you can obtain victory points.

Units are composed of various alien races and have stats similar to those used in the Axis & Allies series. Combat is also similar. Players who lose battles are compensated with Energize cards which grant them special powers later. Players can also obtain Energize cards by controlling the Monolith, a raised structure in the center of the grid. The first person to reach the required number of victory points wins the game.