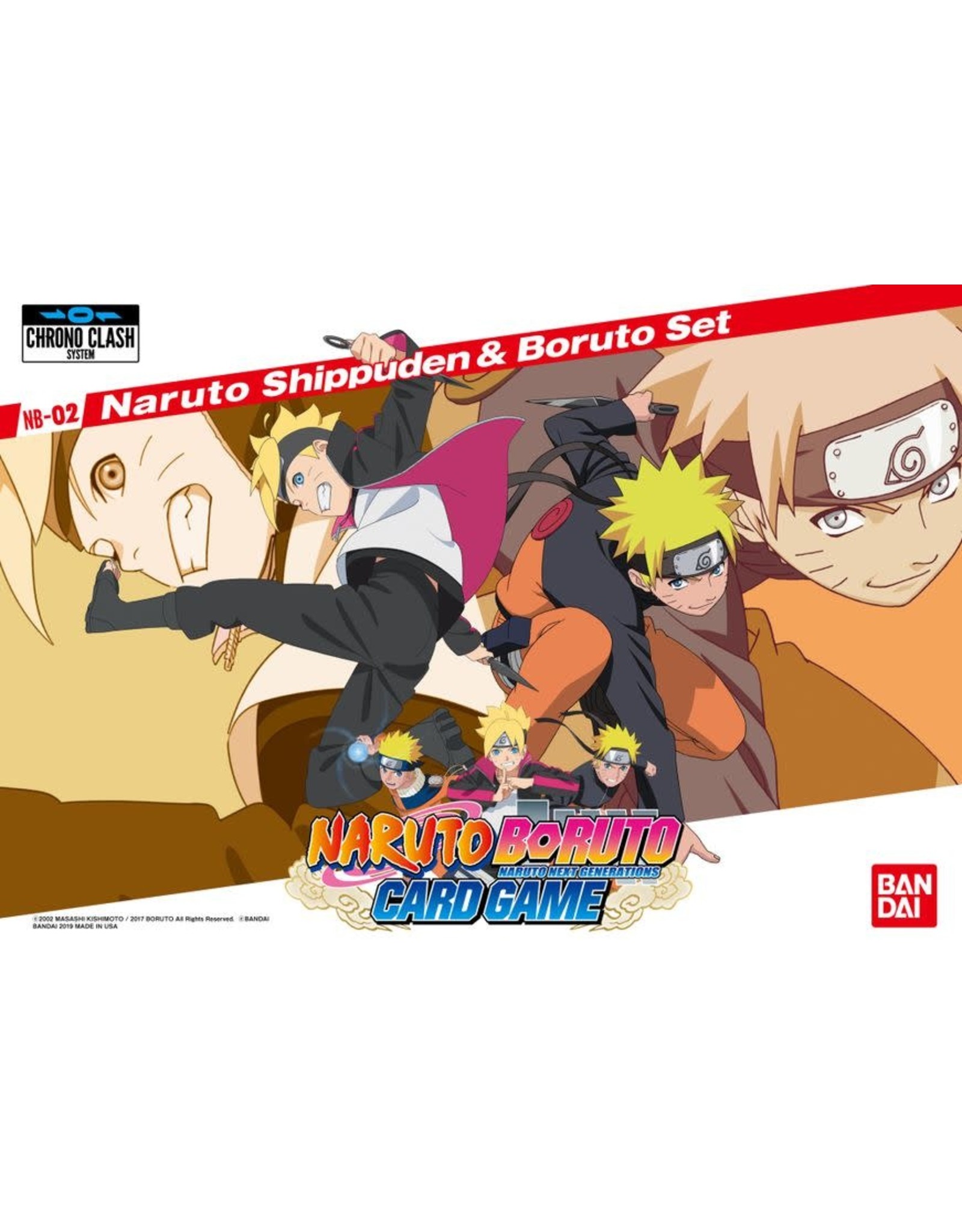 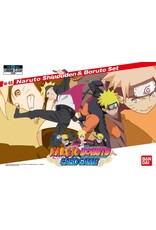 The Naruto Boruto Card Game features cards with original illustrations of beloved characters from the animated series Naruto, Naruto Shippuden, and Boruto. Players can assemble teams including the original Team 7’s Naruto, Sasuke, and Sakura; the new generation’s Boruto, Sarada, and Mitsuki; and the Uchiha clan. Create your own legendary ninja team, and see if the power of teamwork and friendship will help you prevail over your opponent!

The Naruto Shippuden & Boruto Set contains characters from those two anime series in two decks of fifty cards, a shared sideboard of eight cards, twelve double-sized cards, two turn-sequence cards, a play manual, and two play sheets. Cards from this set can be mixed and matched with cards from other Chrono Clash titles to create a variety of decks or to introduce multiplayer action