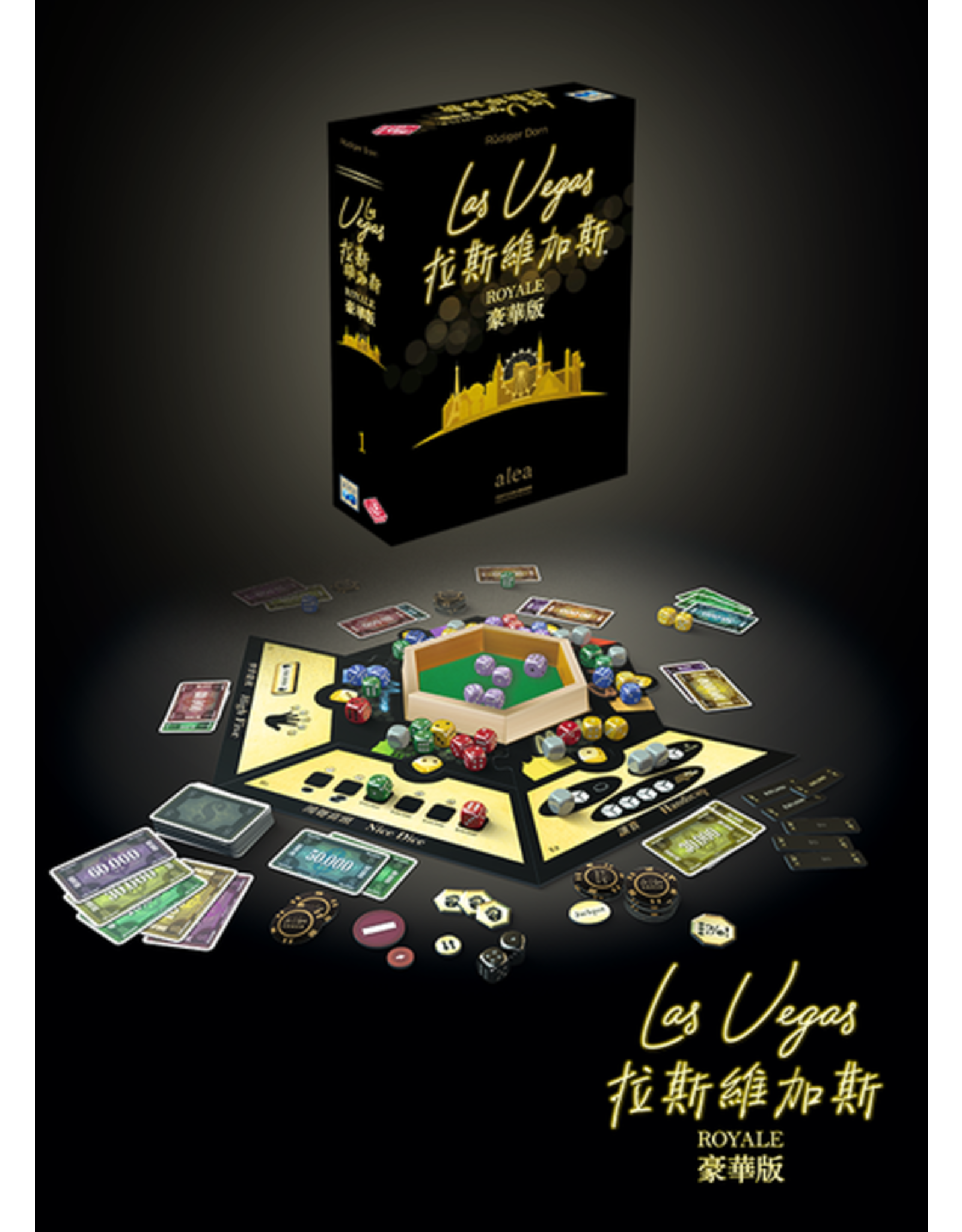 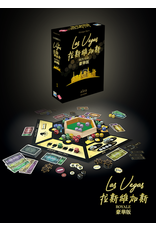 Las Vegas Royale combines the original Las Vegas dice game from 2012 with some elements of the Las Vegas Boulevard expansion from 2014.

Las Vegas is an easy-to-learn, dice-rolling game that includes six cardboard casino mats, one for each side of a normal six-sided die. For each mat in the basic game, players draw money cards until at least $50k is showing, but the amount may end up being a lot more, making that casino more desirable.

Las Vegas Royale includes twelve expansion tiles, and to play a more involved game, you can place an expansion tile at random by each casino. These tiles have special abilities on them, and by placing dice on them, players can activate these abilities. The expansion components also include a larger than normal die for each player that counts as two dice.