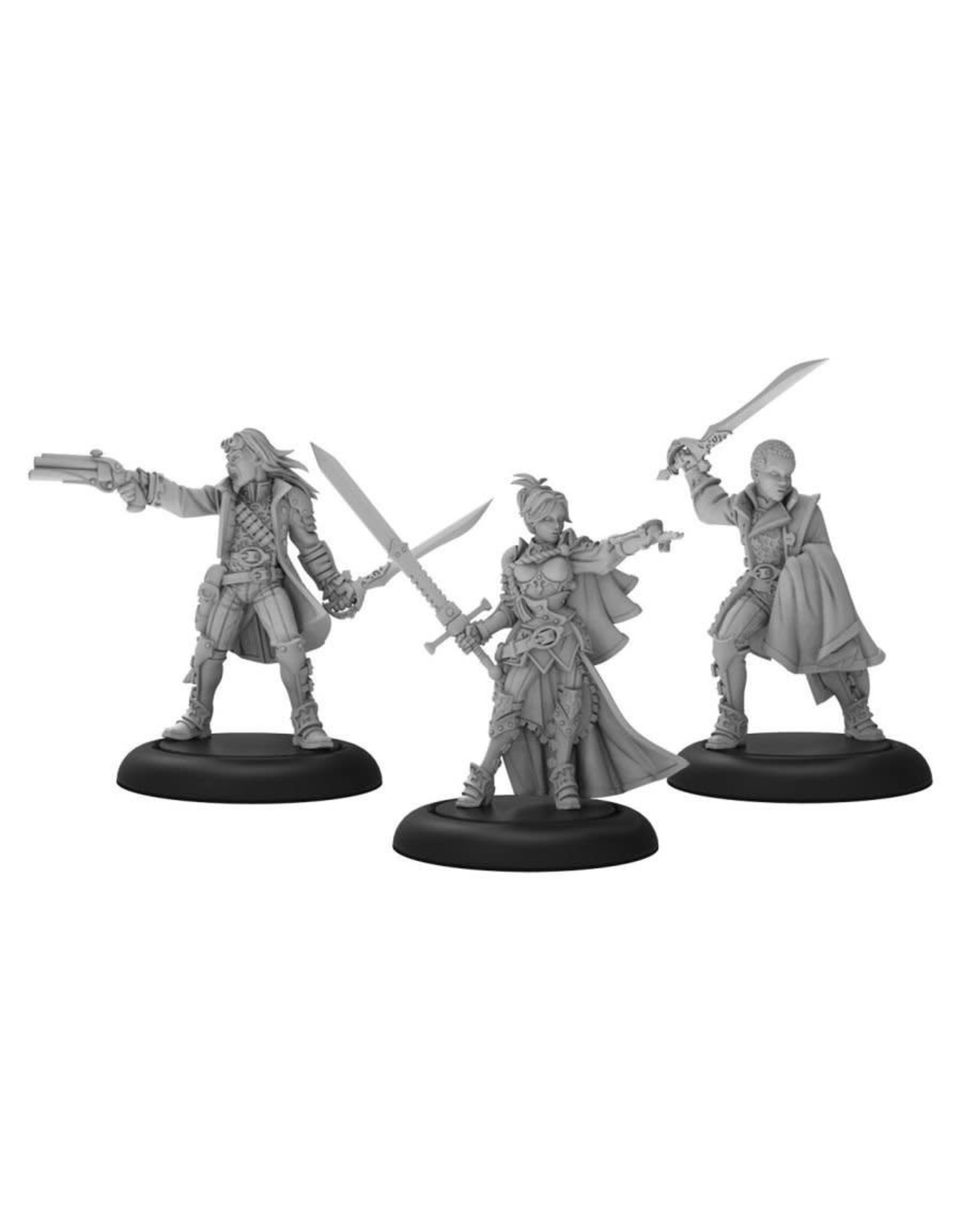 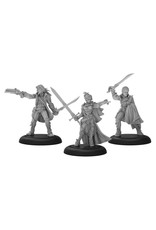 Following Ashlynn’s efforts in leading the liberation of Llael, the nation’s newly coroneted queen proclaimed her "The Queen’s Blade," bestowing upon her the highest military authority in the land. Ashlynn is joined by a retinue of famous Llaelese duelists - Marie Aguillon, renowned for her master swordsmanship, and Vayne di Brascio, a skilled gun mage who spent years as a freedom fighter under Ashlynn’s command.

The newest iteration of Ashlynn leads her troops from the front alongside her two new companions. Ashlynn is a master duelist and a champion of her people, both of which are represented in her rules. Not only is she capable of fighting face-to-face with some of the strongest enemies, she also provides benefits and buffs to nearby warrior models as she encourages them forward to victory. To ensure she reaches the frontline, players will want to protect Ashlynn with a Vanguard (PIP41153) or two in her battlegroup.