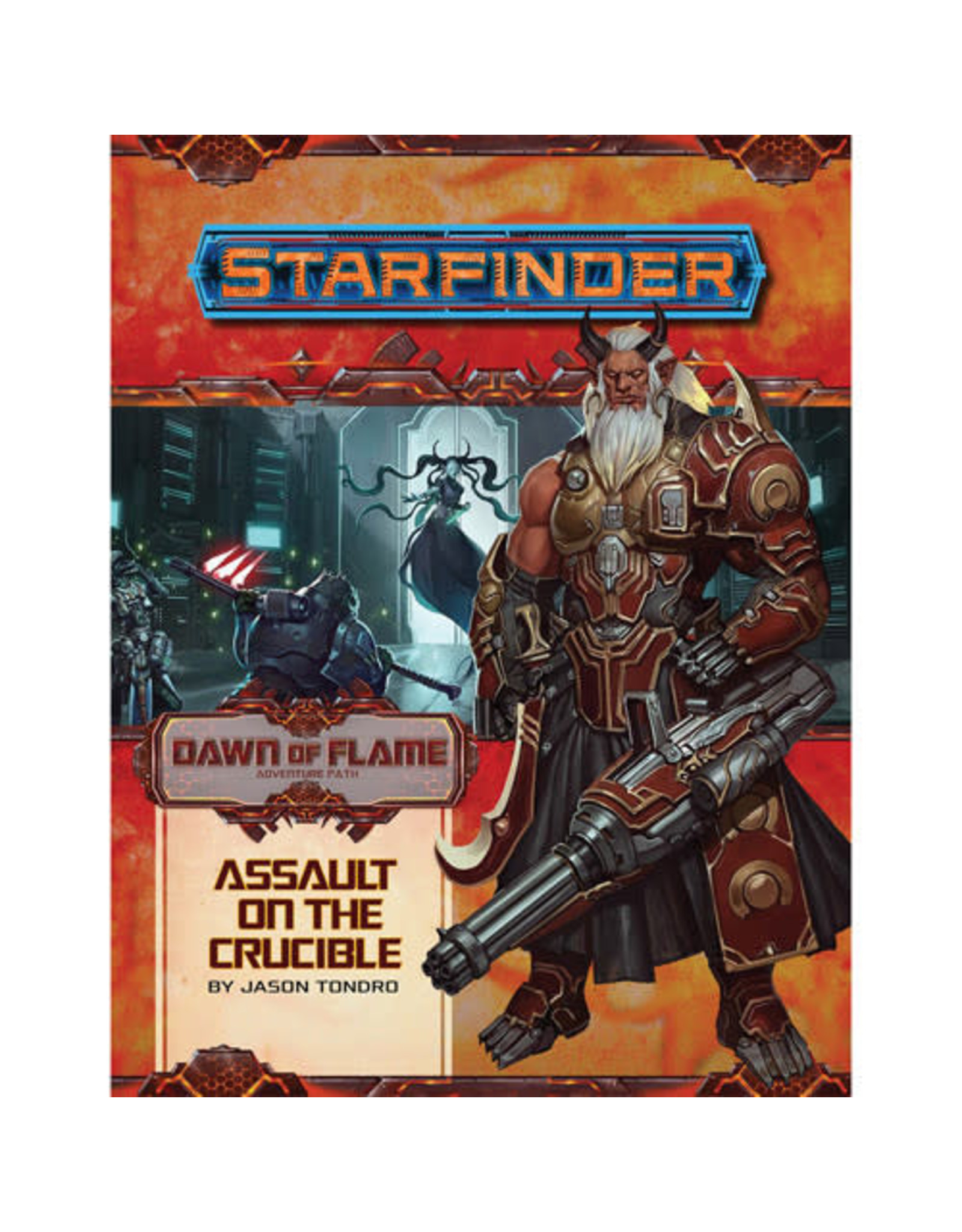 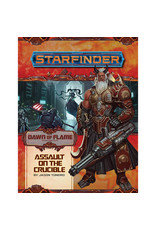 At the Boiling Point

While the heroes recover in the liberated sun-city of Kahlannal, efreet launch an assault on the Burning Archipelago from deeper within the sun. The PCs have the advantages of position, knowledge, and surprise, giving them a unique opportunity. Using technology from their new allies, the anassanois, the PCs can approach stealthily to infiltrate the efreeti base known as the Crucible. Thwarting the invasion requires returning the Far Portal to the surface of the sun. However, the forces overseeing the base won't stand idle. In the end, General Khaim, the efreeti commander, risks everything to realize his plan to dominate the Burning Archipelago and destroy the meddlesome intruders!

• "Assault on the Crucible," a Starfinder adventure for 11th-level characters, by Jason Tondro.

• Ways to continue the campaign after the efreeti invasion, as well as two villains who might have plans involving the heroes of this Adventure Path, by Tracy Barnett.

• A survey of the Plane of Fire - including its denizens, plots, and realms - by Thurston Hillman.

• An archive of elemental outsiders and bizarre inhabitants of the galaxy, from capricious water genies to swarms of fey rodents, by Tracy Barnett, Violet Hargrave, Owen K.C. Stephens, and Jason Tondro.

• Statistics and deck plans for an efreeti cruiser, by Thurston Hillman, plus a look inside a hollow world containing a miniature sun, by Violet Hargrave.