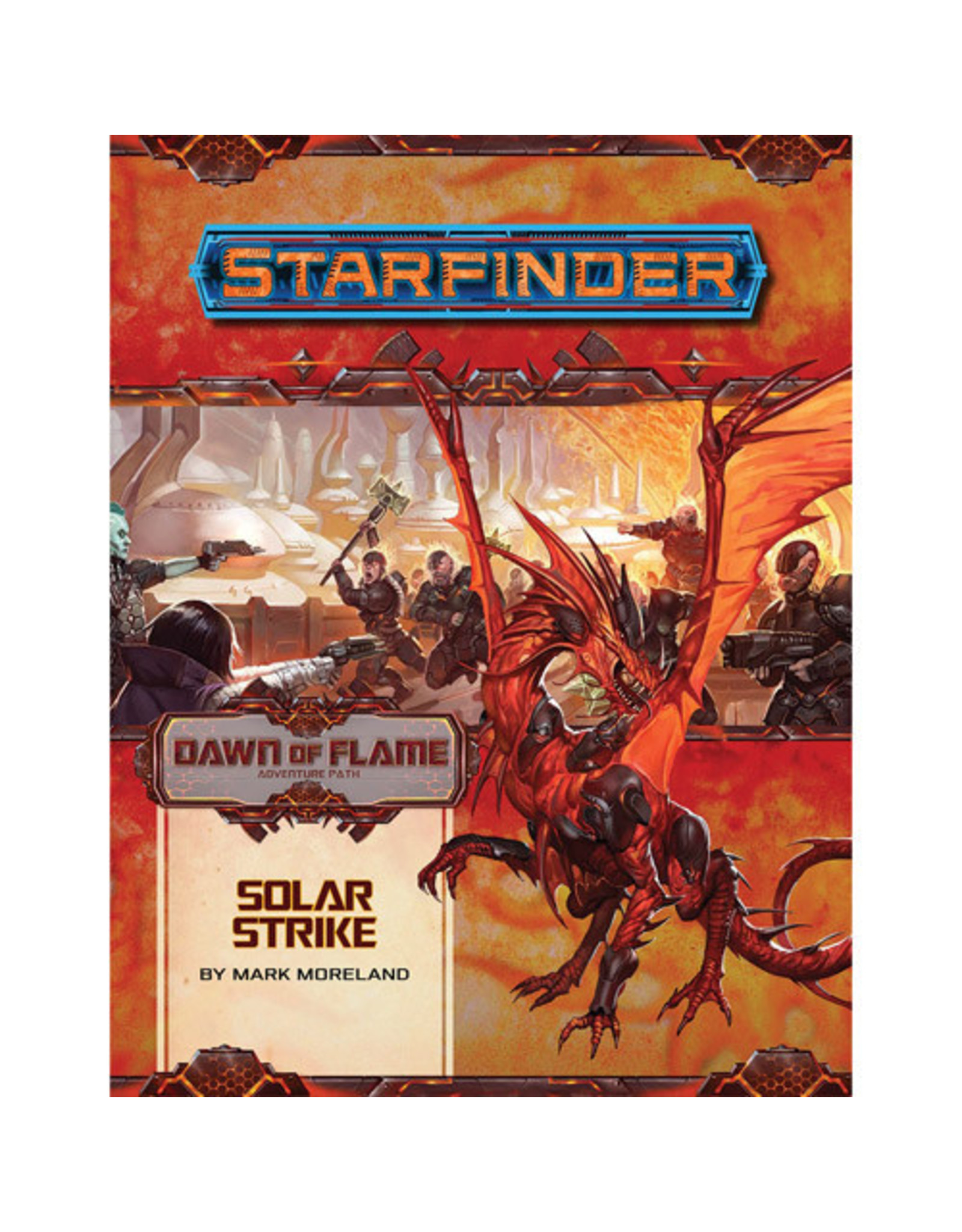 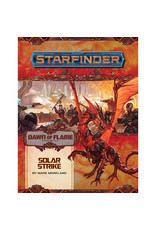 Rebels in the Sun

A cry for help from deep within the sun leads the heroes to dive in once more. Forces loyal to efreet from the Plane of Fire have conquered the deep-sun settlement of a peaceful species, threatening to destroy their way of life. The heroes must infiltrate the occupied city, find allies within, and defeat the fiery oppressors. The group acts as a strike team, assisting the rebels, taking out high-value targets, and helping to restore order. But even if they accomplish these missions, the heroes still have to face the enemy commanders - including a mighty solar dragon - and the discovery that this attack is merely a beachhead for a larger invasion that threatens the Pact Worlds' power on the sun!

• A gazetteer of Kahlannal, a deep-sun city built by a new species, the anassanois, by Mark Moreland.

• A survey of beings native to the interior of other stars in the galaxy, by Kate Baker.

• Deck plans and statistics for an anassanoi starship that is an amalgam of smaller vehicles, by Mark Moreland, and a planet of corporate intrigue, by Tracy Barnett.