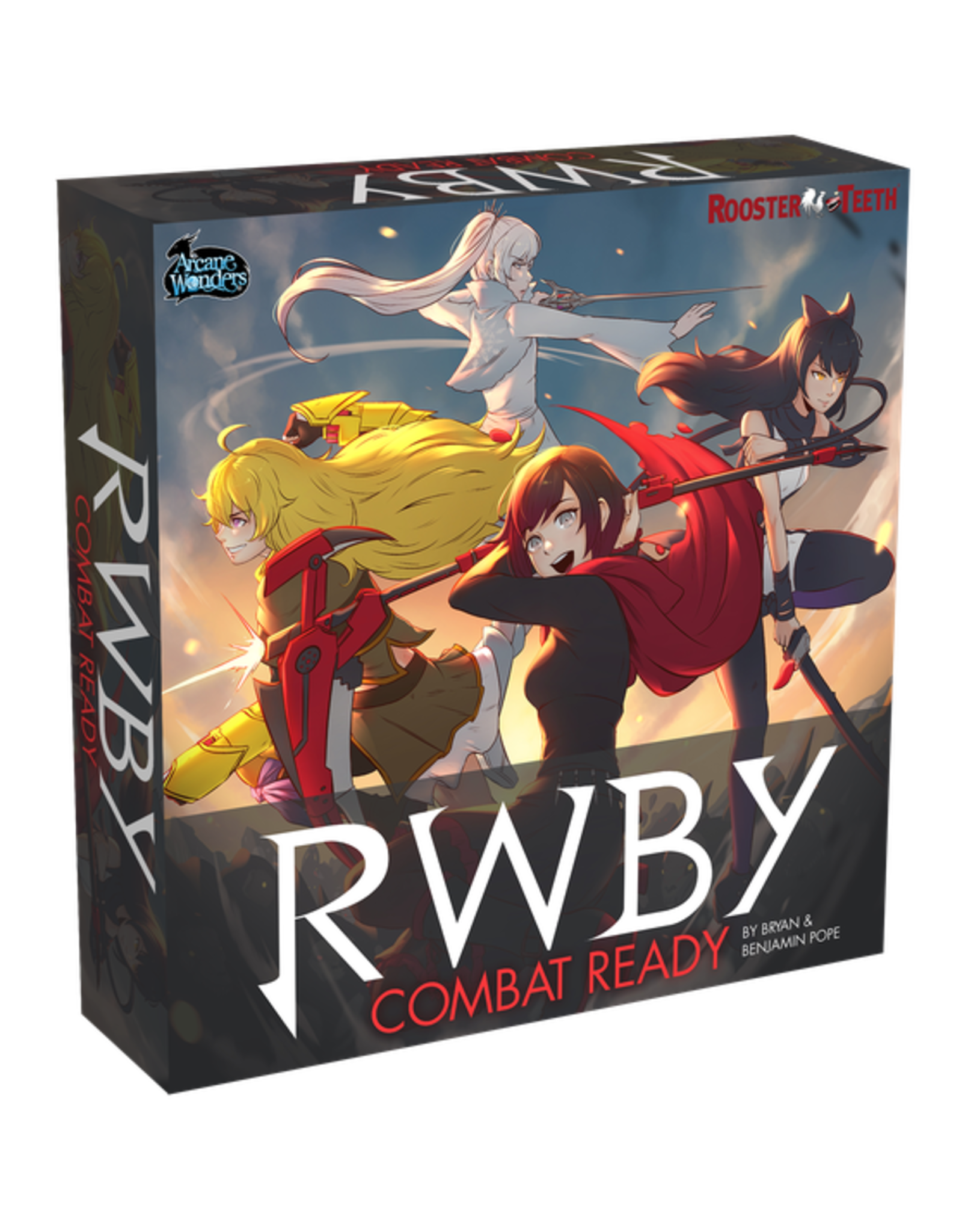 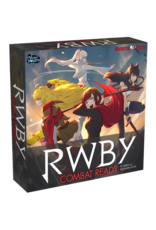 RWBY: Combat Ready is an exciting cooperative game for 2-4 players. It captures the flavor and excitement of the animated web series RWBY from Rooster Teeth, with fast-paced battles, where all players are actively involved and engaged at the same time.

Players play as one of the four main heroines in the series: Ruby, Weiss, Blake, or Yang. Each of them have their own separate deck of cards, representing their attacks, actions, and moves. Each character plays a little differently, using their own unique tactics and strategies. Players record their key stats on their Scrolls (player tracking boards), including their Aura (health), Experience, Battle Fury, and their Semblance (unique special ability).

Before each game, players choose a scenario to play from the scenario book. Each scenario will have them fighting one or more battles. Battles are against a particular Villain, with a particular set of rules and may include one or more objectives. No two battles are ever the same!