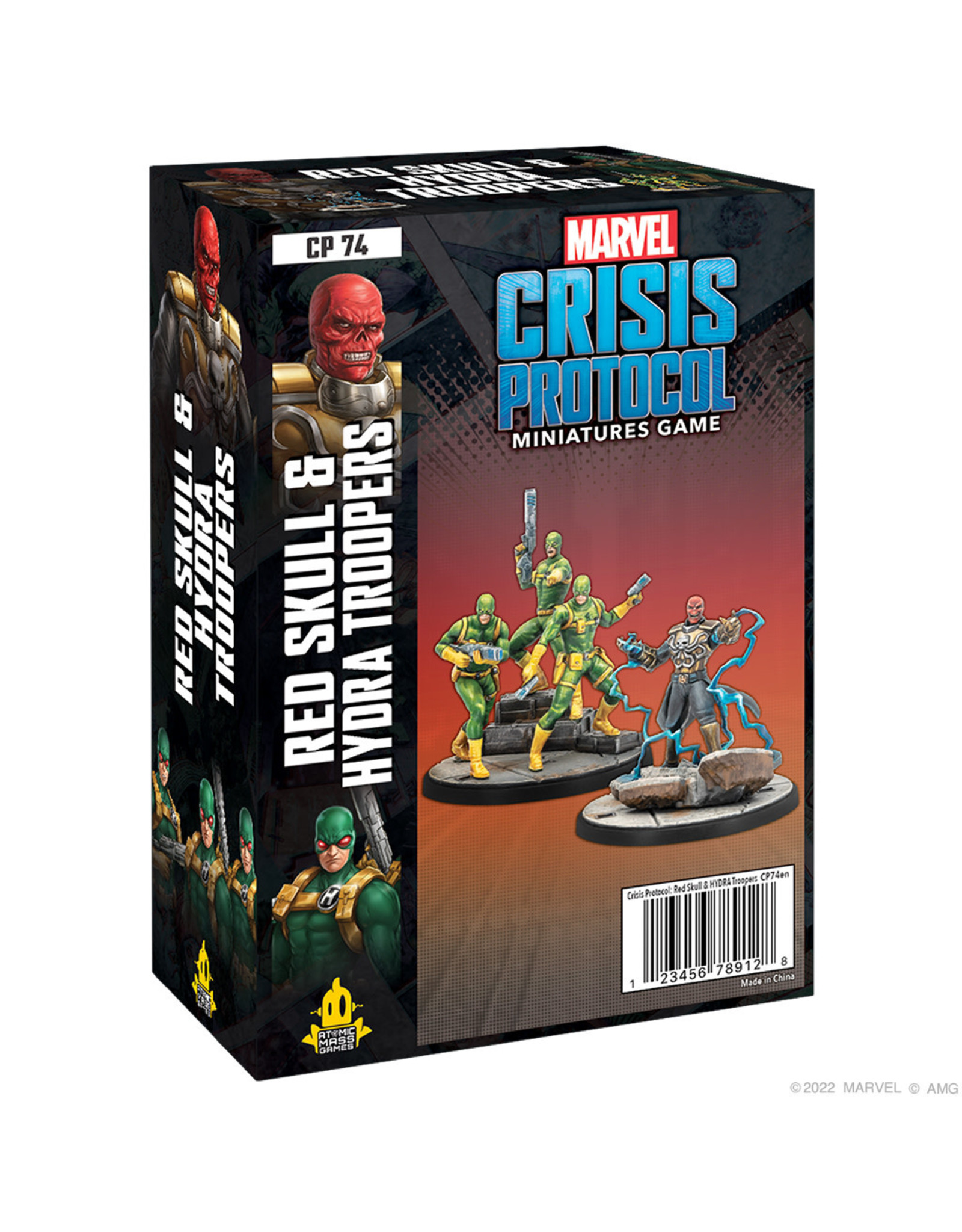 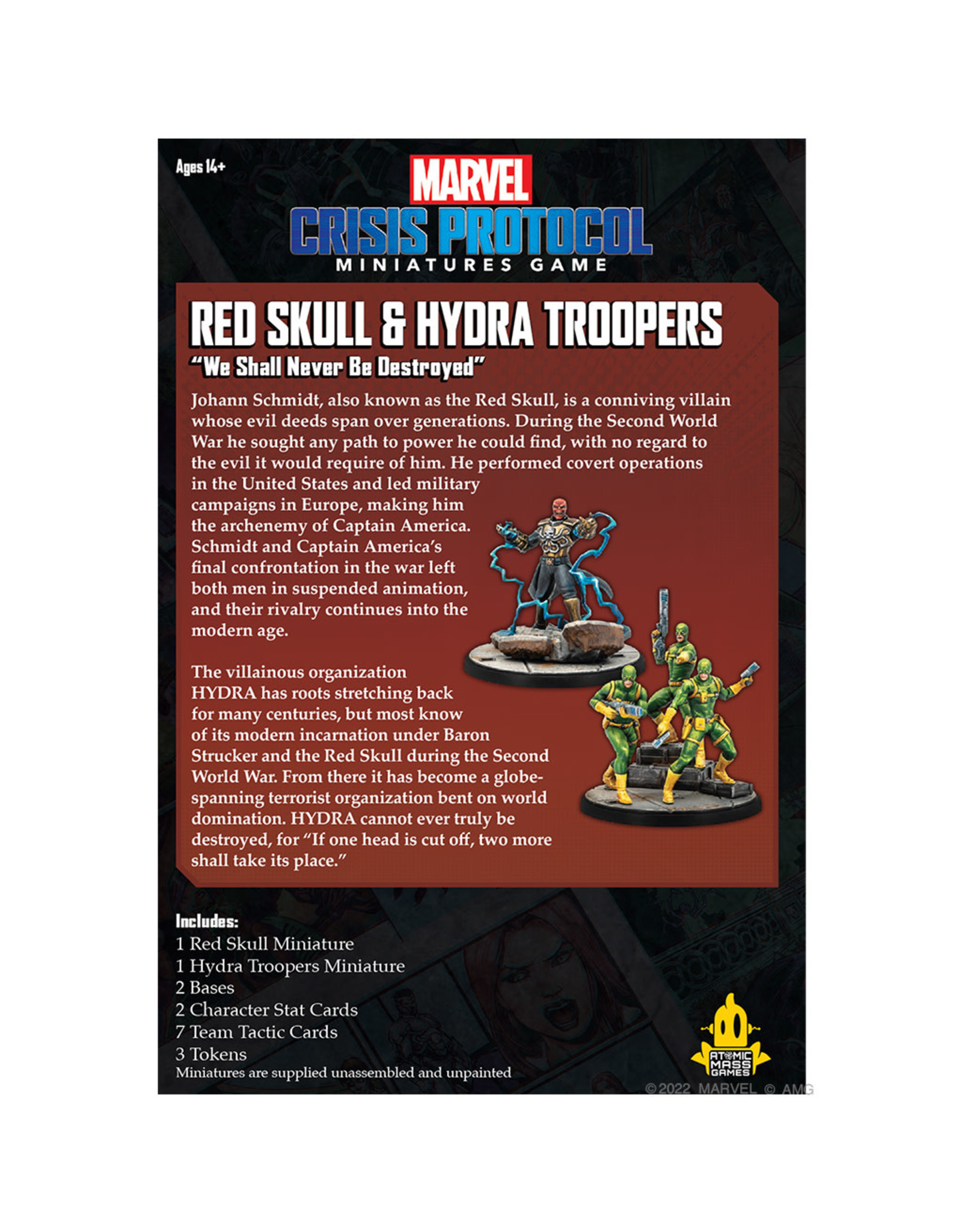 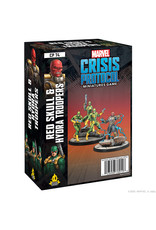 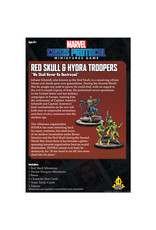 The Red Skull leads HYDRA in its quest for world domination in this new pack for Marvel: Crisis Protocol! Johann Schmidt is a conniving villain whose evil deeds span generations. During this time, he has transformed HYDRA into a globe-spanning terrorist organization that cannot ever truly be destroyed, for “If a head is cut off, two more shall take its place.” The new version of the Red Skull in this pack introduces the HYDRA Affiliation to Marvel: Crisis Protocol while leading a group of HYDRA Troops ready to do his bidding. In addition to these miniatures and their abilities, this pack further enhances the HYDRA Affiliation with seven Team Tactic cards that give Red Skull and his subordinates even more ways to further their plans for world domination.