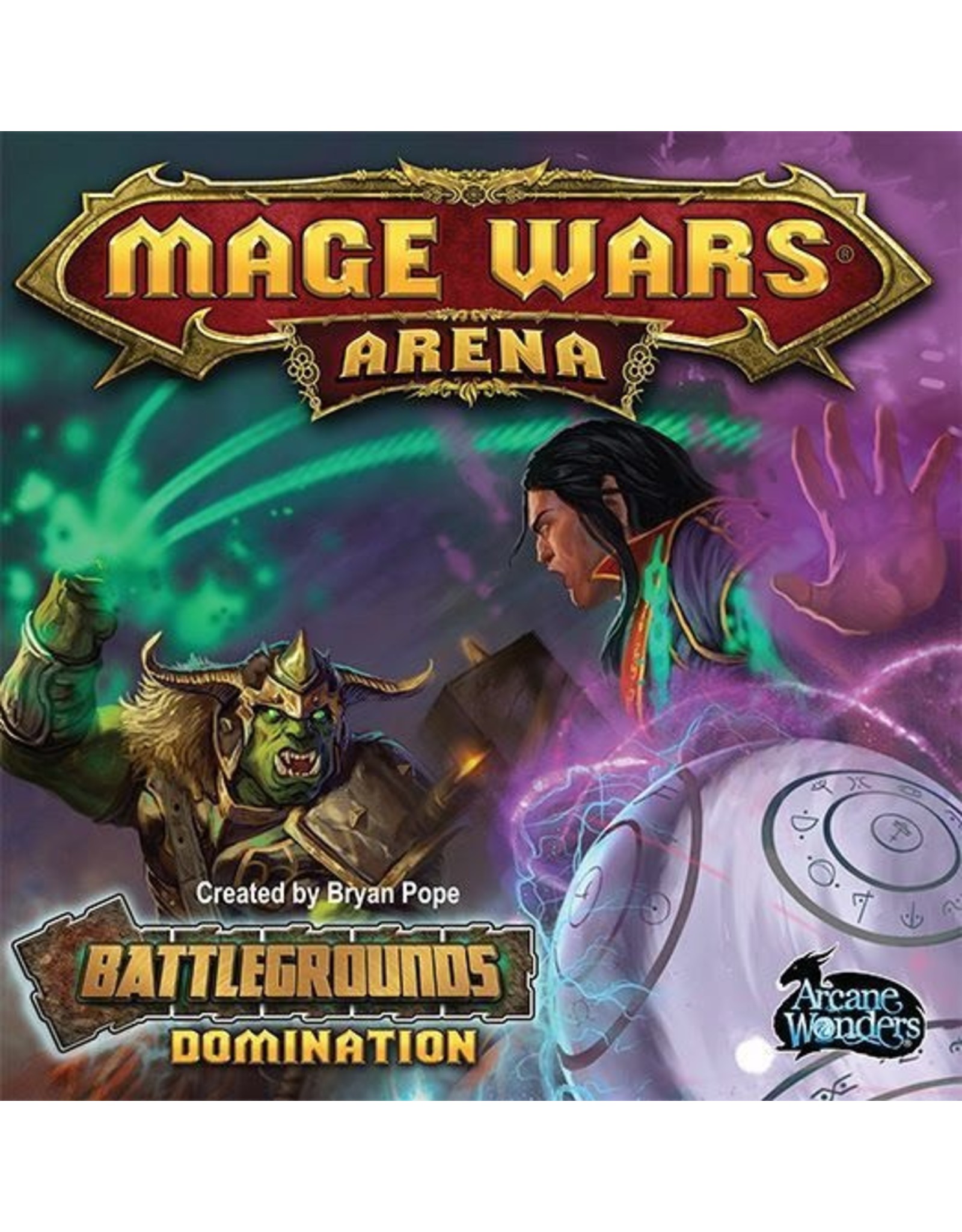 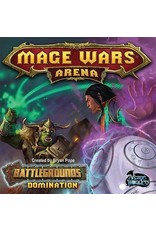 Build the Arena of your dreams and battle against enemies for control of the V'Tar orbs with an all new rule set for the award-winning Mage Wars Arena! Battlegrounds Domination is a new set of expansions for Mage Wars Arena that introduce new rules to play by and incorporate the use of custom puzzle-cut tiles for players to build their own Arena boards to play on! And yes, as you can see, there are images on the tiles that are accompanied by optional rules that introduce terrain effects as well!

The first Battlegrounds expansion, Domination, introduces Domination Mode, where players will vie for control of powerful V’Tar orbs that grant new powers and offer a new option to win, by gaining points through maintaining control of these powerful devices. Additionally, there are 20 customized tiles for players to use in creating their own, or suggested, Arenas to play in. Finally, there are also 116 cards including new spells for use in traditional Mage Wars Arena play and the new Domination mode, introduced in this expansions’ rules. As an added bonus, Battlegrounds Domination introduces two new promo cards, available only in the first printing of the set: The Ankh of Asyra and Blur!