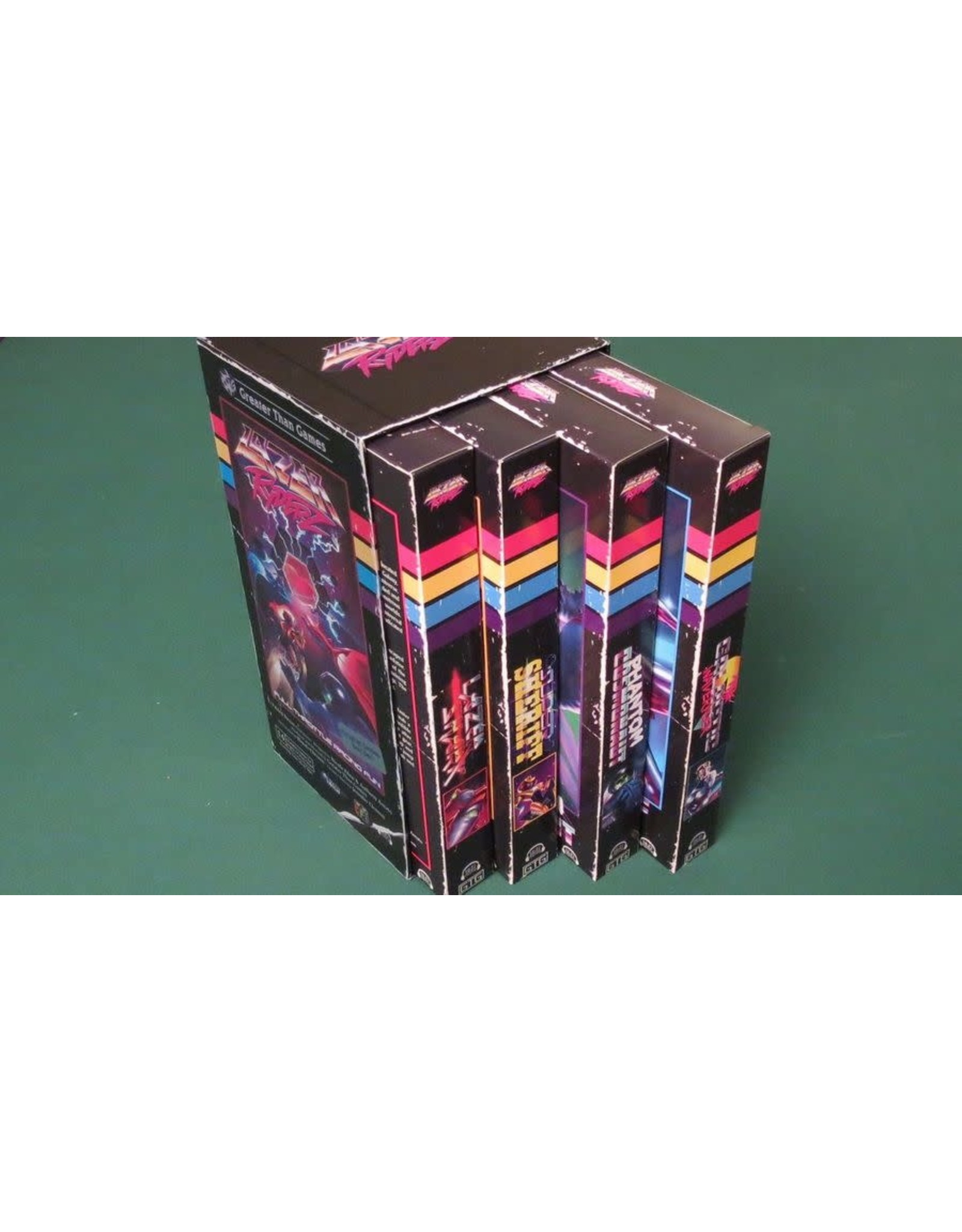 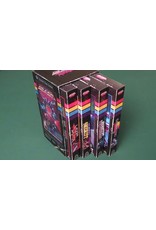 Lazer Ryderz is a trackless racing game for up to 4 players with light push-your-luck, area denial, and strategy elements. Players construct their lazer paths with various pre-formed punchboard pieces that are placed according to speed and desired direction.

In Lazer Ryderz, players take on the role of one of four Ryderz as they race to capture all three Prisms needed to charge the Portal to their next destination. The Portal only allows one Ryder to pass through before moving on to a new location in the galaxy, so speed is essential to meet your goal. But the faster a Ryder goes the harder it is to turn, and if a Ryder runs into another player's lazer, that Ryder is toast! Who will continue on their quest and who will be left behind?

Will it be the Galactic Waveryder - the adrenaline-fueled surfer who's seeking the next great thrill and most radical solar waves? Or the Lazer Shark - always on the hunt for her next prey as she seeks the fabled Blood Nebula to restart her species? Perhaps the Super Sheriff - greatest of the Law Star Rangers who travels to the outer reaches of the known (and unknown) galaxy to bring the universe's criminals to speedy justice? Or will it be the Phantom Cosmonaut - the ghost from a long-distant era whose true quest is a mystery to those he encounters, but with speed that is without question as he moves in the blink of an eye?