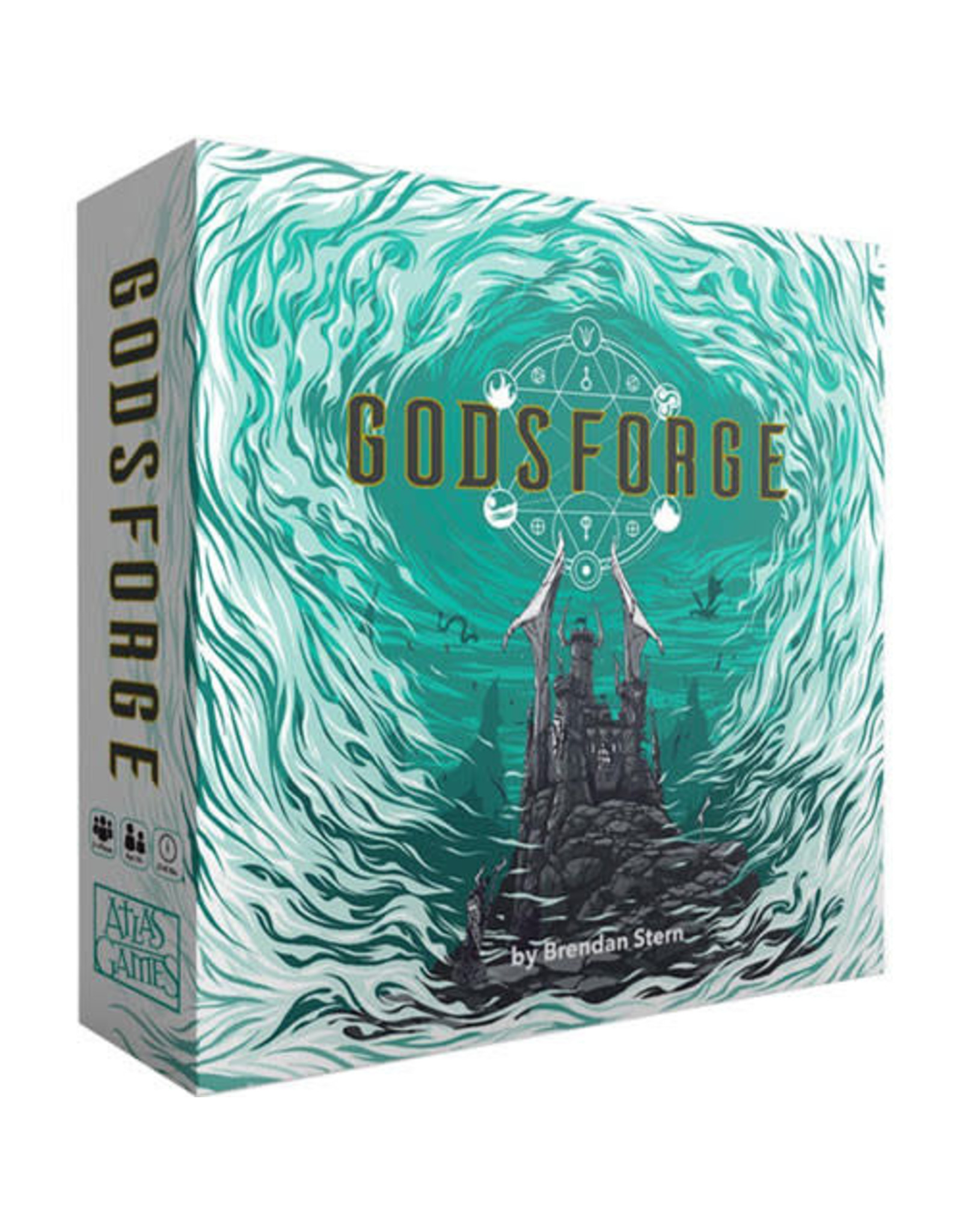 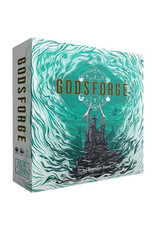 Once, Etherium was plentiful and the land was peaceful. Now, its presence in the world has dwindled, and elite spellcasters battle to control the last place this primal resource can be harnessed - the Godsforge.

Godsforge features simultaneous play, with each player attacking the player to their left and defending against the player on their right. On a turn, everyone simultaneously rolls four dice, then each player lays one of their four cards face down in front of them. In any order you want, players reveal those cards, paying the cost of them via specific numbers on rolled dice, the sum of rolled dice, veilstones, or a combination of the above. On the dice, 1s can be any number you wish, while an unused 6 can be spent to acquire a veilstone.

Spells provide one-shot effects, while Creations go into play in front of you, with some of them providing one-shot "enter play" abilities in addition to possible attack and defense values and sacrifice abilities. Once all the cards have been resolved, players assess damage comparing their attack value against their target's defense. You then discard any cards you don't want, then refill your hand to four.

Once a player is eliminated, everyone still in the game starts taking damage from them each round in order to hasten the endgame.