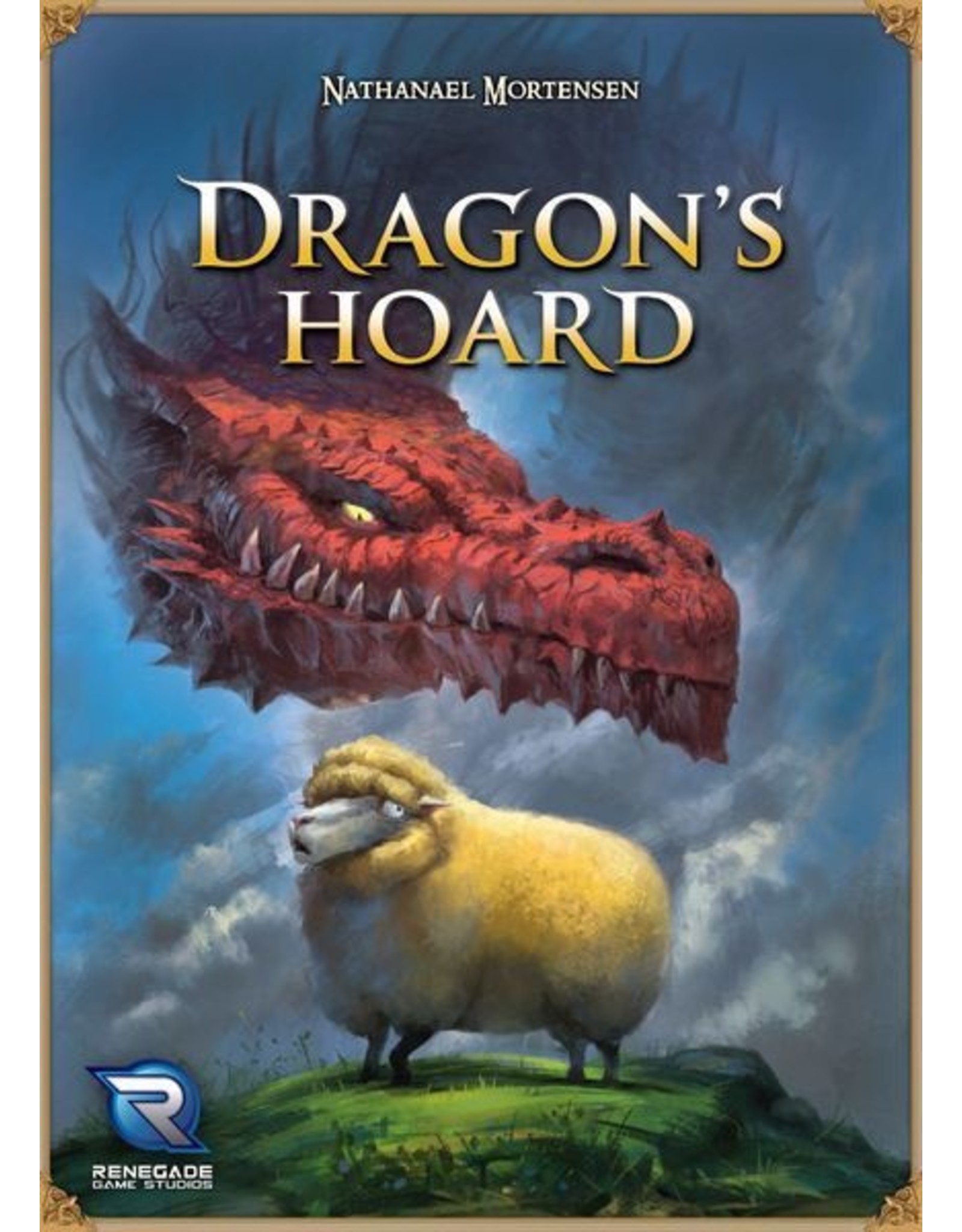 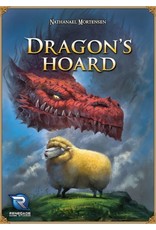 In Dragon's Hoard, each player plays a dragon hunting for treasure. Collect sheep from the farmer's fields and use them to buy treasures, but watch out! Other players will send angry mobs and wizards your way to stop you. Defend yourself and battle your way to riches.

In game terms, players draft cards from a common draw pile before taking their actions. You want to buy as many treasures as you can. Dragons buy treasures with sheep that they've collected, while opponents will play terrible actions against you to keep you from tendering those sheep. Battle to keep your treasure, while trying to stop your opponents from doing the same.

At the end of the game, the player with the most victory points from treasures and bonuses wins!