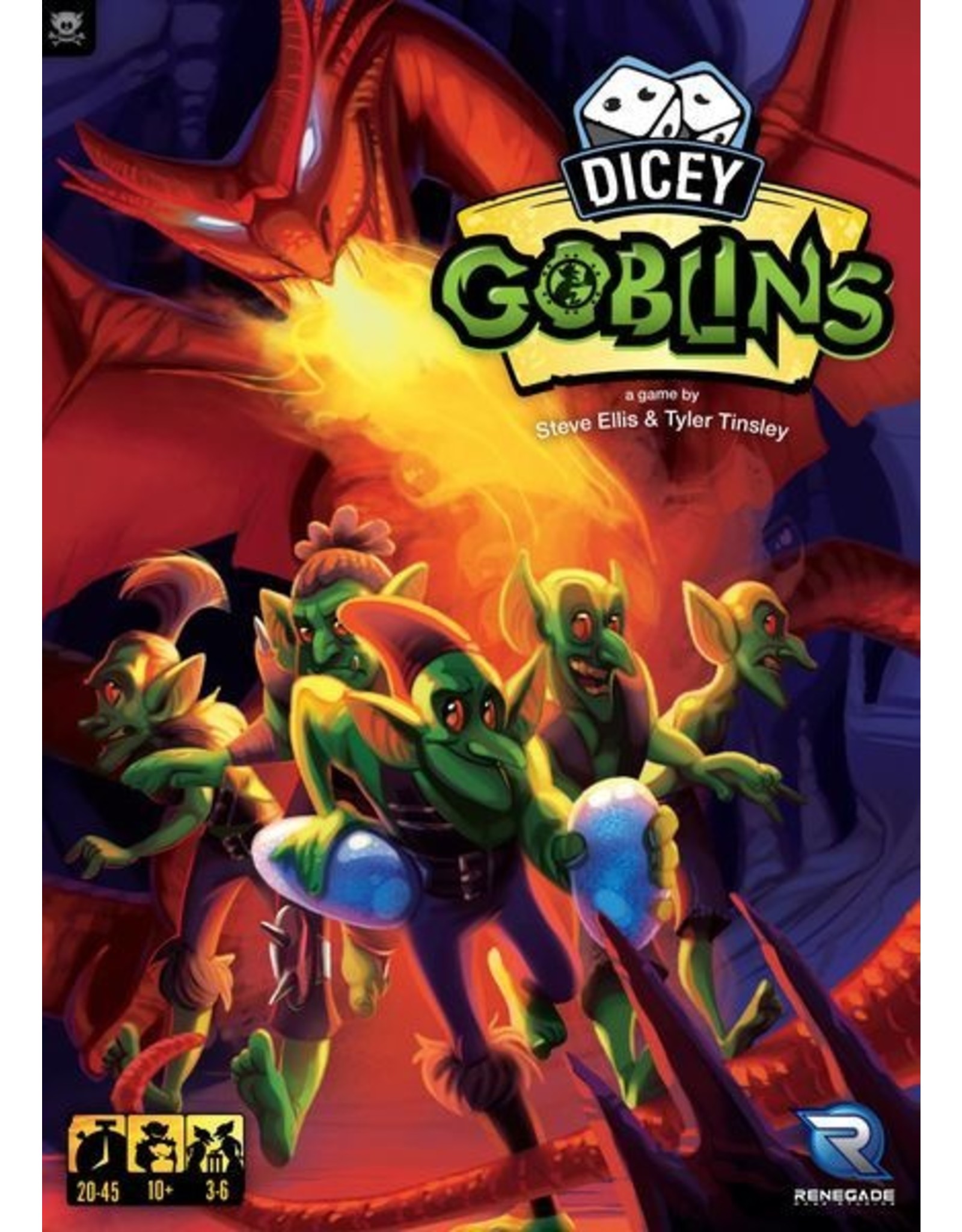 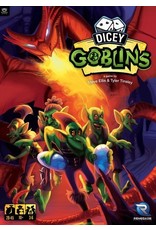 Dicey Goblins is a press-your-luck dice game in which players take on the role of goblins stealing dragon eggs. The game is played in rounds, and each round consists of series of turns in which players decide whether they will attempt to raid the dragons lair or turn tail.

The game ends when a goblin (player) has collected at least 18 dragon eggs or you've played six rounds.