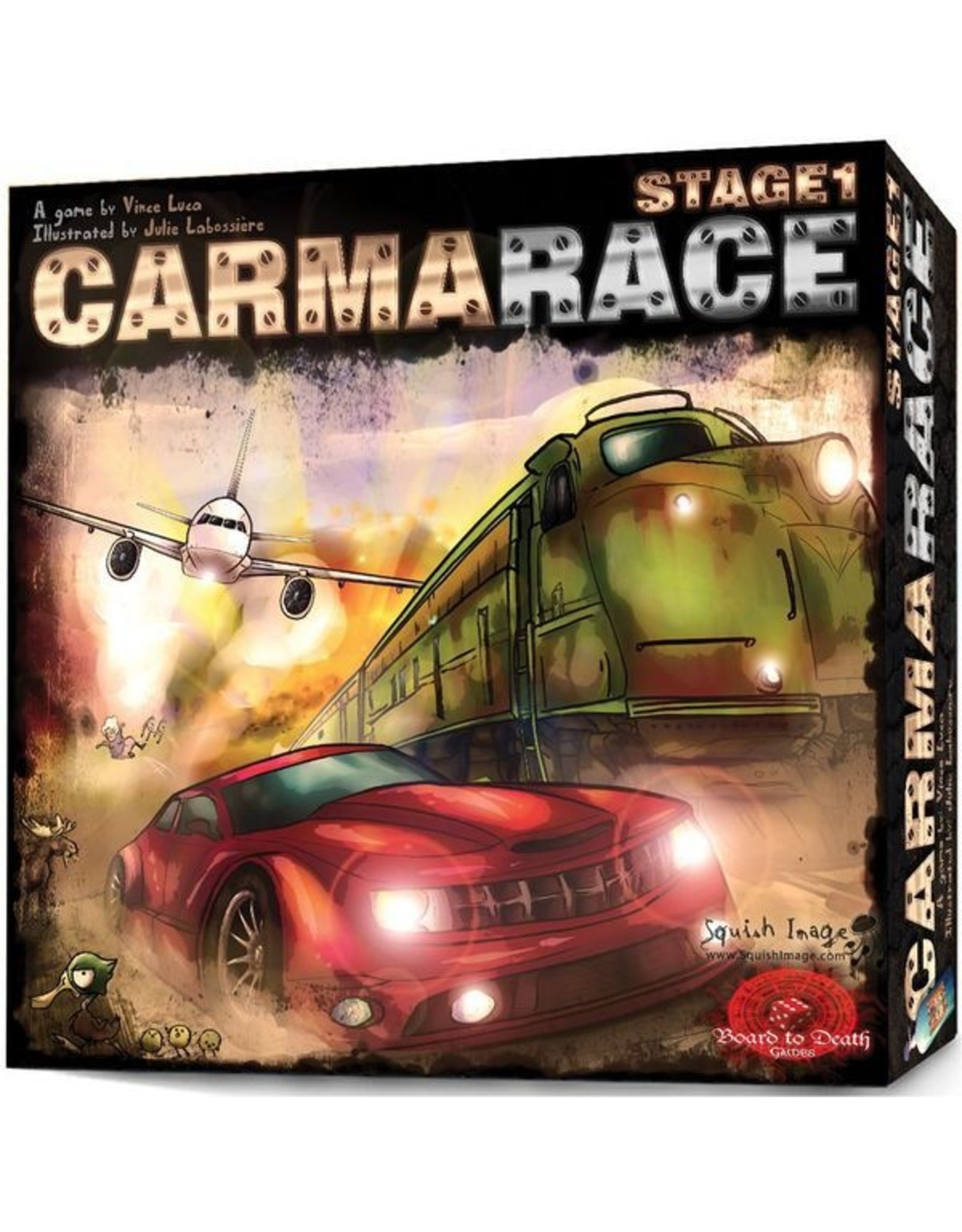 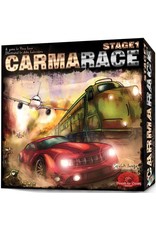 In Carmarace, players take on the role of…well… themselves. You’ve just received an email from your favorite convention, promising you a free autographed limited edition item of you choice, but only IF you get there before the other players, who’ve also received the same email. The problem? You don’t have a car, but as karma has it, neither do the others.

You must hitchhike your way there using planes, trains and automobiles… and the occasional bike from the thrift shop. Hey… it was 99 cents!
On this journey through the continent, you’ll hop into cars equipped with NOZ, turbos, and furry dice. You’ll encounter some crazy drivers who might occasionally be drunk and take risky jumps just for the hell of it. You’ll wish for awesome upgrades to your lift, but the others are wishing just the opposite.

On your turn, they’ll be praying evil things upon you. Whatever they can think of to hinder your speed. They’ll throw old ladies and moose if they have to. They’ll send birds in your engine or just simply wish for you to crash and burn. But don’t worry, their turn will come and vengeance will be sweet.

You’ll have to strategically manage your limited hand size and choose which deck to draw from. Will you draw transportation cards to hopefully get the best ride in the game? Or will you draw some karma cards to boost your current ride and slow the others down.
While on this awesome road trip, you’ll have to choose your path, or let the driver take you further on his own path. The GPS will determine this. You’ll have to stop at train crossings and travel through snowy hills, sandy deserts, big cities and farmland.

The race also has two levels of play. You can play the regular way, which is with the special ability text of the cards, or the Junior way. In the junior level, simply play without the text and use only the numbers. This will help young players learn simple math, strategy, and have fun while doing so.

But just when you thought the race was over, there’s more to come… expansions with new maps, more vehicles, more upgrades and of course…more mayhem are already in the works. Why do you think we put STAGE 1 on the box?
So pack light, head out there, and hope for the best!