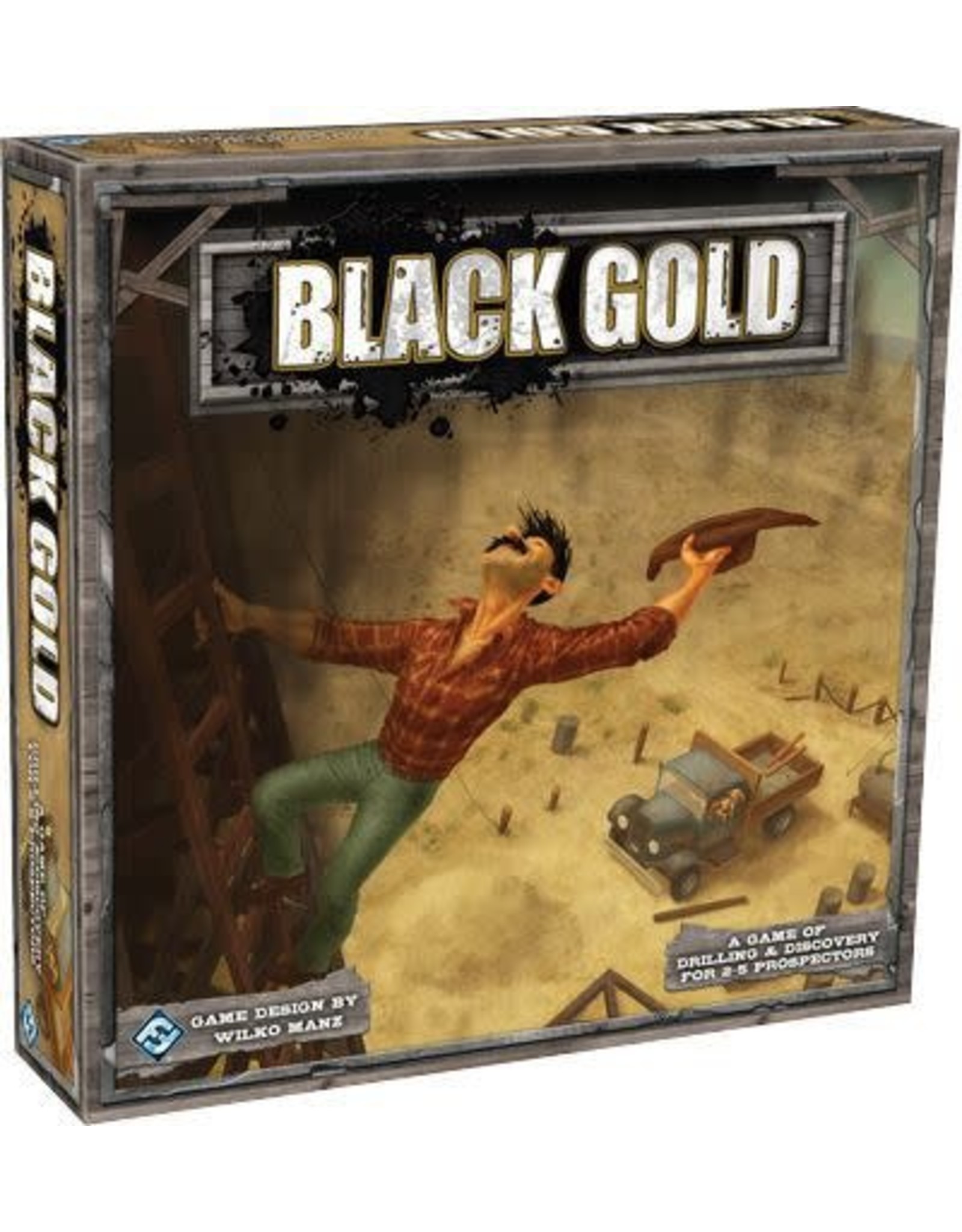 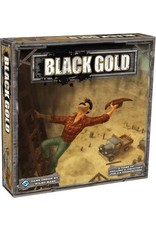 The year is 1922 and the Texas Oil Boom is in full swing. Prepare to head West, surveying the Permian Basin for profitable gushers and gaining more wealth than your fellow prospectors. Are you part of a burgeoning oil family fixed on becoming a dynasty, or a shrewd yankee, tired of watching southerners making their fortune? Whatever your reasons, join the race to become the wealthiest son of a gun in West Texas.

Black Gold is a board game of drilling and discovery for 2-5 prospectors, and play can last from 1-2 hours. Competitors attempt to claim the best wells, bid wisely against their neighbors, and sell their oil at the highest price in order to finish the game with the most money when the Oil Baron’s train reaches the last track.

To secure wealth, players explore the terrain of the provided map tiles for oil wells, and they survey and build their derricks. Map tiles are double-sided and modular, ensuring a unique experience every time. Money is made if a player can transport his oil to one of three oil companies, and win the right to sell at auction. The Oil Baron's train moves nearer every turn, counting down the rounds of the game's thrilling ride; all the while it begs you and your fellow prospectors to ask the question: Am I making enough money?

The landscape of the Texas Oil business can be fickle and lonely as it is arid. Players can strategize against their opponents, and upset their play through special actions. During auctions, players can even lie about the value of their Sales Licenses in order to force their neighbors to bid more! But careful, you future tycoons – if you're caught bluffing, you're penalized.

Although Black Gold is a satisfying bidding game, it is also an exciting contest of strategy and exploration. Every game variable can offer an advantage or variation in play each round. The round's starting player has the first choice for powerful Action cards, which dictate his options for that round. Subsequent prospectors can be savvy and alter their exploration based on other players' surveying, or the last player could choose to sell his oil at a different company than his neighbors and find an easier auction at which to bid.

Black Gold is easy to learn, but offers an abundance of intriguing game play choices. Black Gold also provides players with optional rules that can shorten or extend game play, increase the challenge, give inexperienced players a handicap, or even reduce the randomness of well distribution. With all of these options players will discover that Black Gold is a new experience every time, even offering unique variation depending on player number, map tile setup, and well placement.