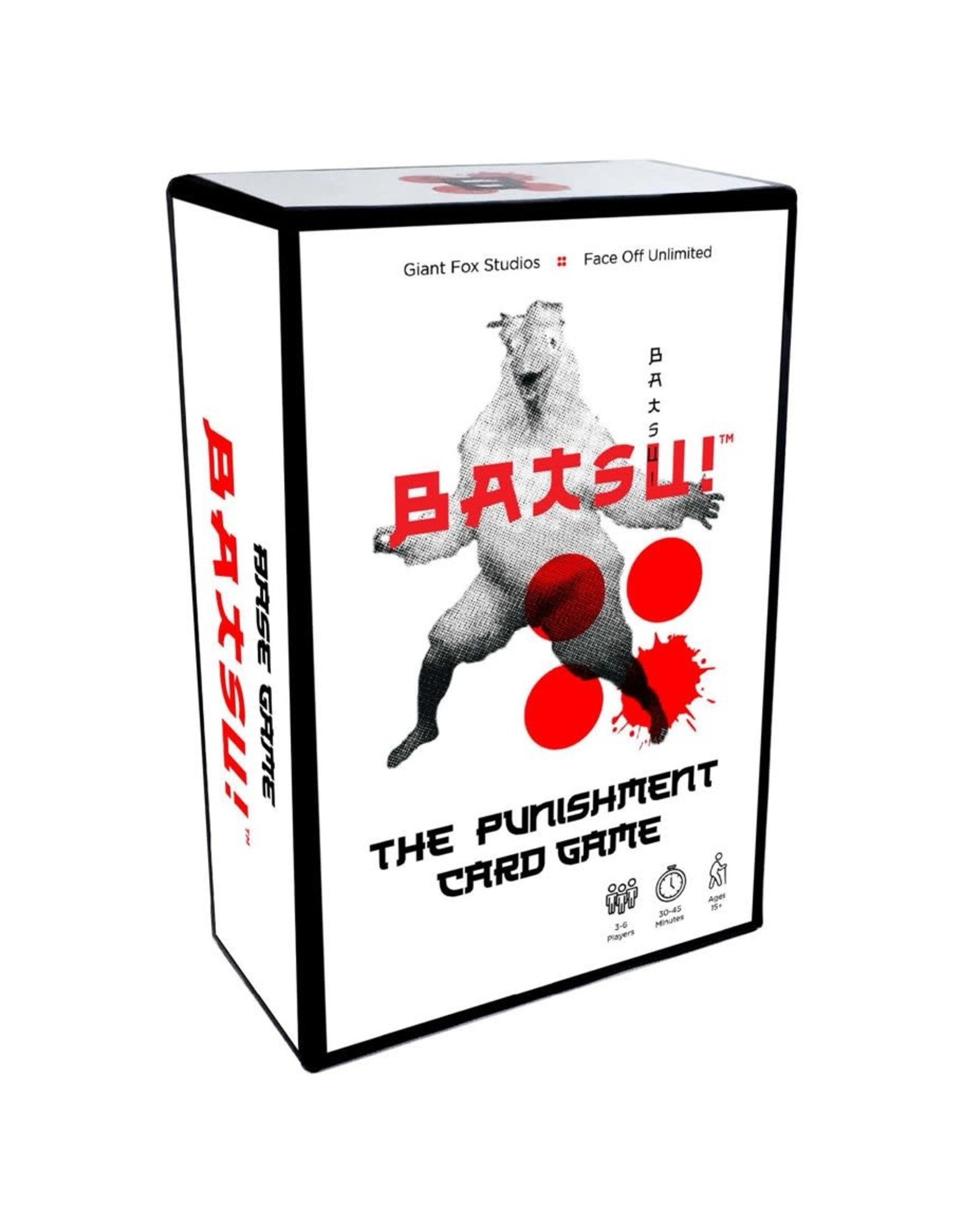 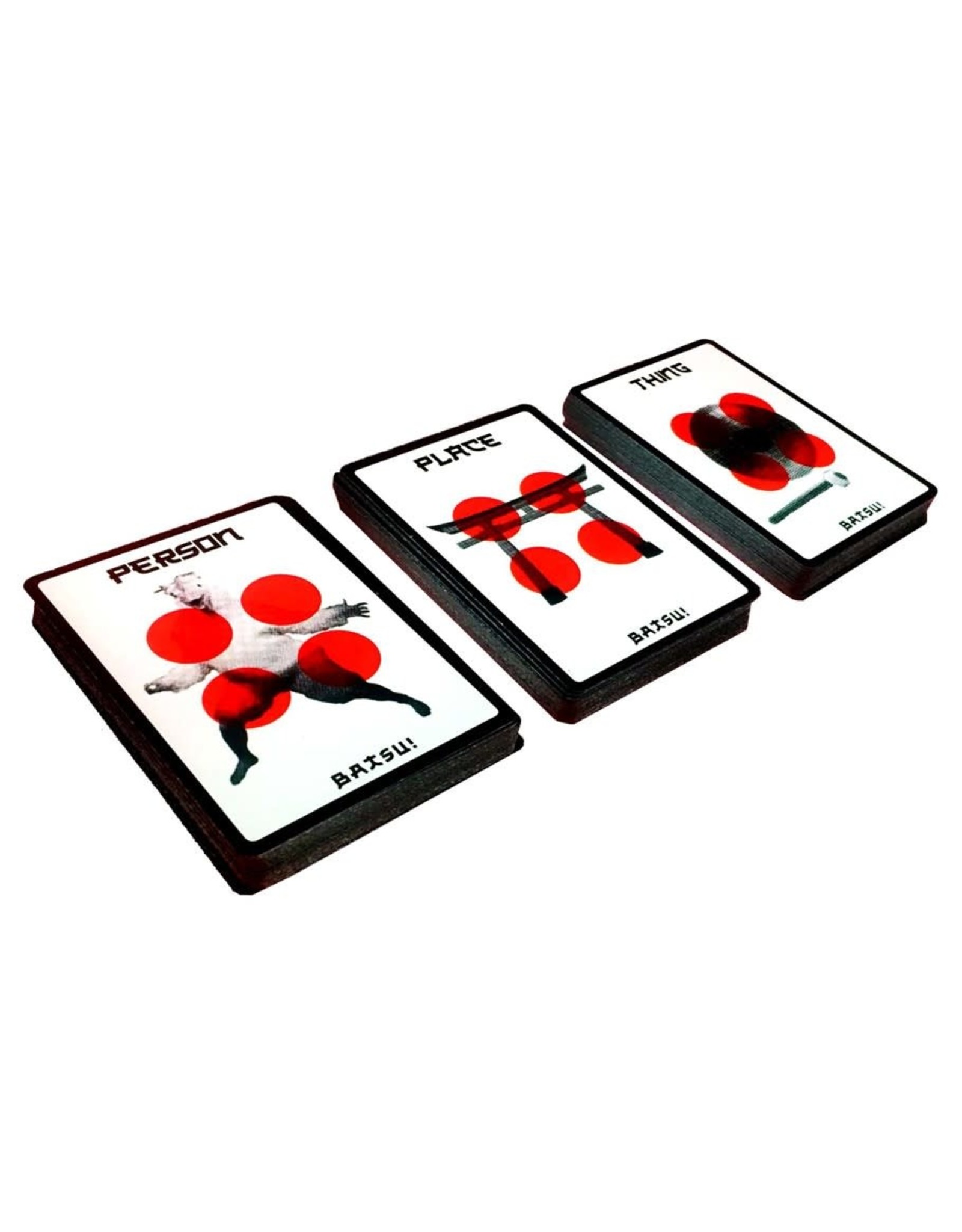 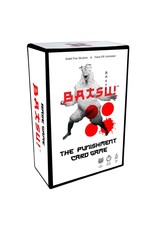 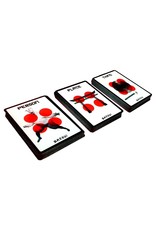 BATSU! The Punishment Card game was designed in partnership with Face Off Unlimited, the critically acclaimed comedy group behind the BATSU! Live gameshow in NYC and Chicago. Their show, dubbed “Really Funny!” by The New York Times, has sold out most of its 1000+ shows over the past decade.

Each round a different player is the judge. The judge of the round draws a Challenge Card for the other players to compete in. These could be anything from telling a story to acting as props for a play.

There is a deck of audience suggestions to switch things up every time a challenge is drawn. Different challenges require different types of suggestions. For example, the judge may draw a Place Card so the scene could take place anywhere from a baseball field to Mars.

The judge then decides which player did the worst and deserves to be punished! It could be something like calling a friend to tell an embarrassing story about you or having to make out with a household object. In the end, players are either funny or get punished!