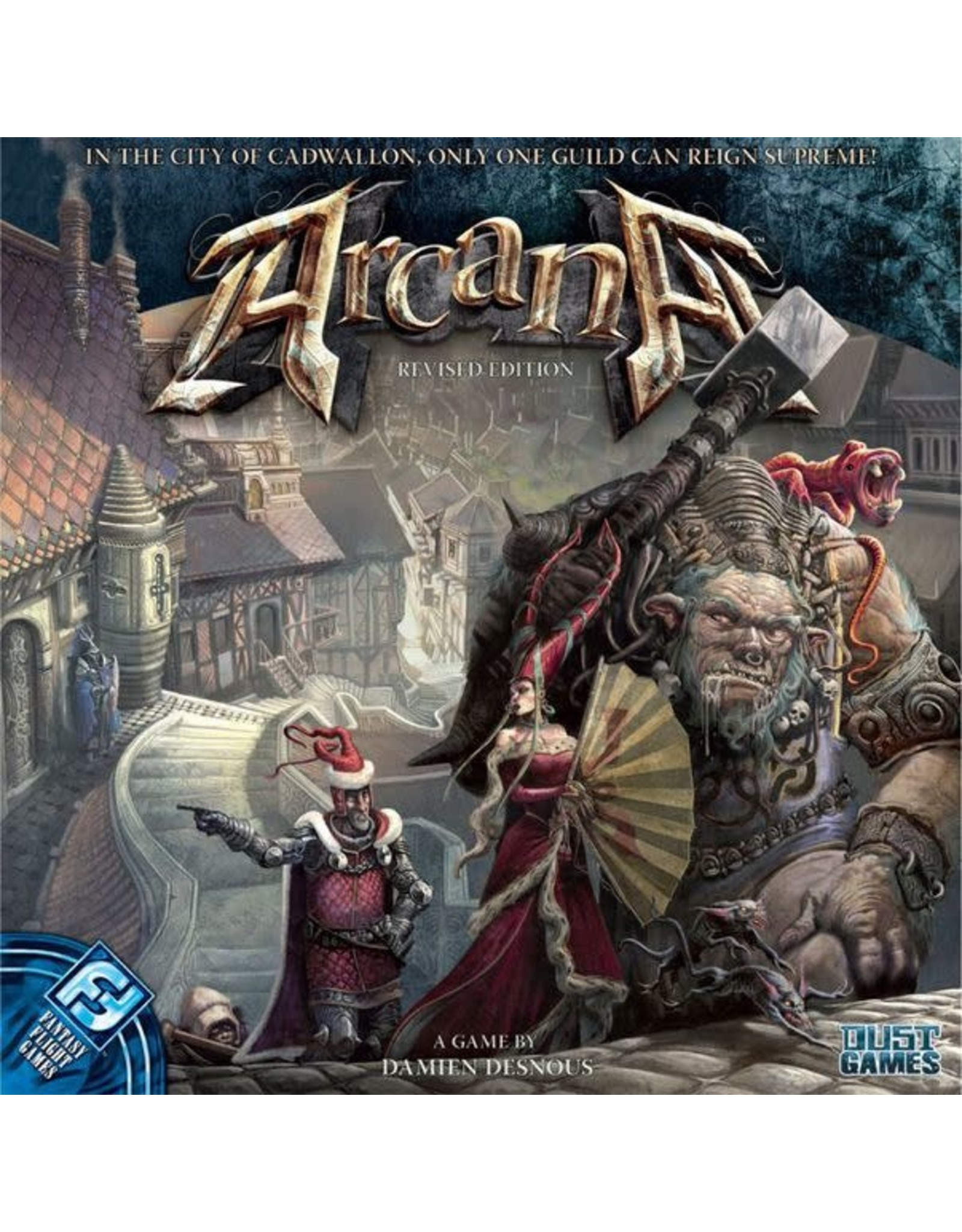 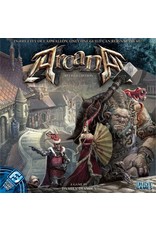 Welcome to Cadwallon, an infamous city known for the chicanery of its artful guilds! Can your guild sweep through its districts and gain power through recruiting influential citizens and acquiring valuable relics?

The revised edition of Arcana is a card game of recruitment and resource gathering for 2-4 crafty leaders. Command a guild of loyal agents during a series of district encounters against your opponents. Score the most prominent citizens, advantageous locations, and valuable treasures through bribery and power struggles. Collect the highest amount of victory points to become the master guild of Cadwallon!

This vibrant game creates a fantastical atmosphere for players to enjoy while they attempt to best their opponents through strategic card play. Make your guild the most influential by winning Stake cards and strengthening your deck with impressive Personalities, advantageous Locations, or tempting Relics to use in bribery.

The revised edition of Arcana introduces two new guilds to choose from, the Guild of Fortune-tellers and the Guild of Architects, as well a variety of optional rules that players can utilize to enhance their experience. Players can customize their guild, fulfill objectives, recruit Militia, invoke the ability of their Guild Masters, affect game play through random events, or optimize tactical strategy through card discards. Which variant will you use in your game?

Arcana is played over a series of rounds that are comprised of two phases, the Intrigue phase and the Resolution phase. Send Agents from your unique guild deck to any of Cadwallon’s districts to claim control of Stake cards: Personalities, Locations, and Relics, all of which award victory points.

During these district encounters players gain control of Stake cards by playing their Agent cards. Stake cards are won through meeting or exceeding the card’s main arcanum: either Military, Political, Spiritual, or Financial. Whichever Agent has the highest matching arcanum type wins the current revealed Stake card in that district.

Of course if the Stake card you are after is a Personality card you can choose to bribe them with a Relic Card instead, immediately ending the phase and wresting the victory points from your opponents should you succeed.

Players can increase the mystery of the final outcome through bluffing. Players control two friendly distracts (piles of Stake cards) in which they can place their Agents facedown. Will your opponent chance opposing you when he is uncertain of your arcanum value?