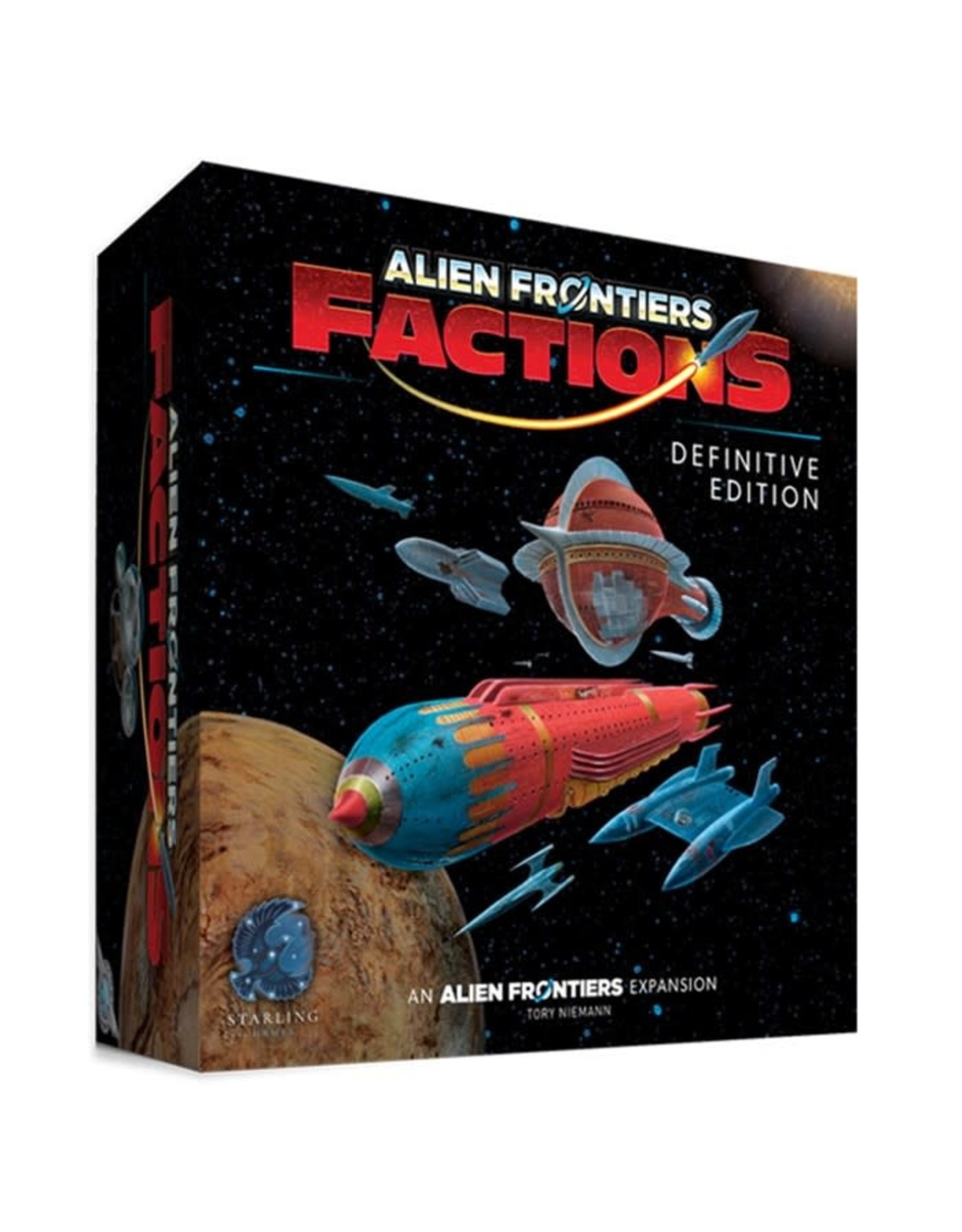 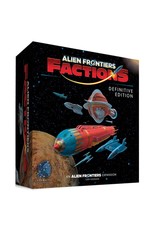 Now that the potential of this new alien frontier has been realized, factions have begun to form, each vying for control of Planet Maxwell. Factions of all types race to make their claim: secret brotherhoods, populist movements, wealthy companies, and nomadic refugees are just a few of the many groups looking to make the most of this new world. Each faction brings unique abilities and methods to the conflict, as well as their own hidden motivations...

The frontier awaits, citizen. Who will you support?

Alien Frontiers: Factions expands the award-winning Alien Frontiers core game, including new Alien Tech cards to expand your technological arsenal, new Agenda cards that earn you Victory Points for completing hidden objectives, and individual Faction boards that give their owners an exclusive bonus as well as providing another facility that anyone can use...for a price.

For the first time ever, we've combined all of the Factions and Agenda cards from across all Faction Packs and Expansion packs. Alien Frontiers Factions includes every single faction and agenda card from the entire history of Alien Frontiers.