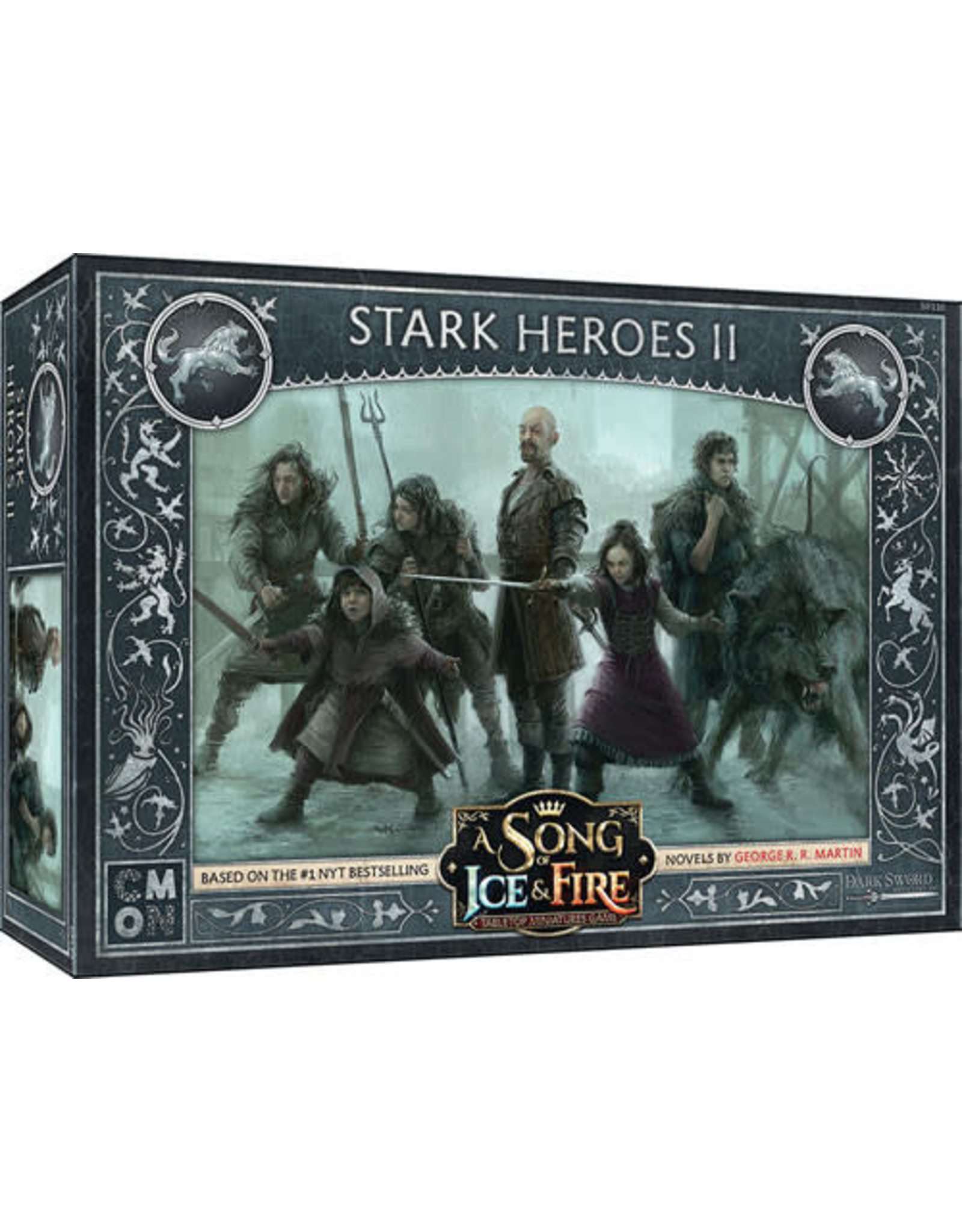 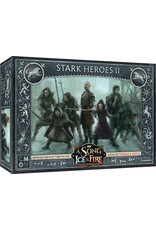 Leaders, guardians, and a beast round out House Stark's forces in the War of the Five Kings. Meera and Jojen Reed lend deadly skills to commanders under the Direwolf banner, while Osha the Spearwife, Rickon Stark, and his fearsome direwolf Shaggydog inspire troops to rally around the young Stark heir. Shaggydog himself will defend his young master with fang and claw, ready to battle to the death. While Arya Stark may be young, her "Needlework" is almost as deadly as her tutor's, Syrio Forel, First Sword of Braavos. An eclectic group, but perfect for flavoring any Stark force with unexpected surprises.