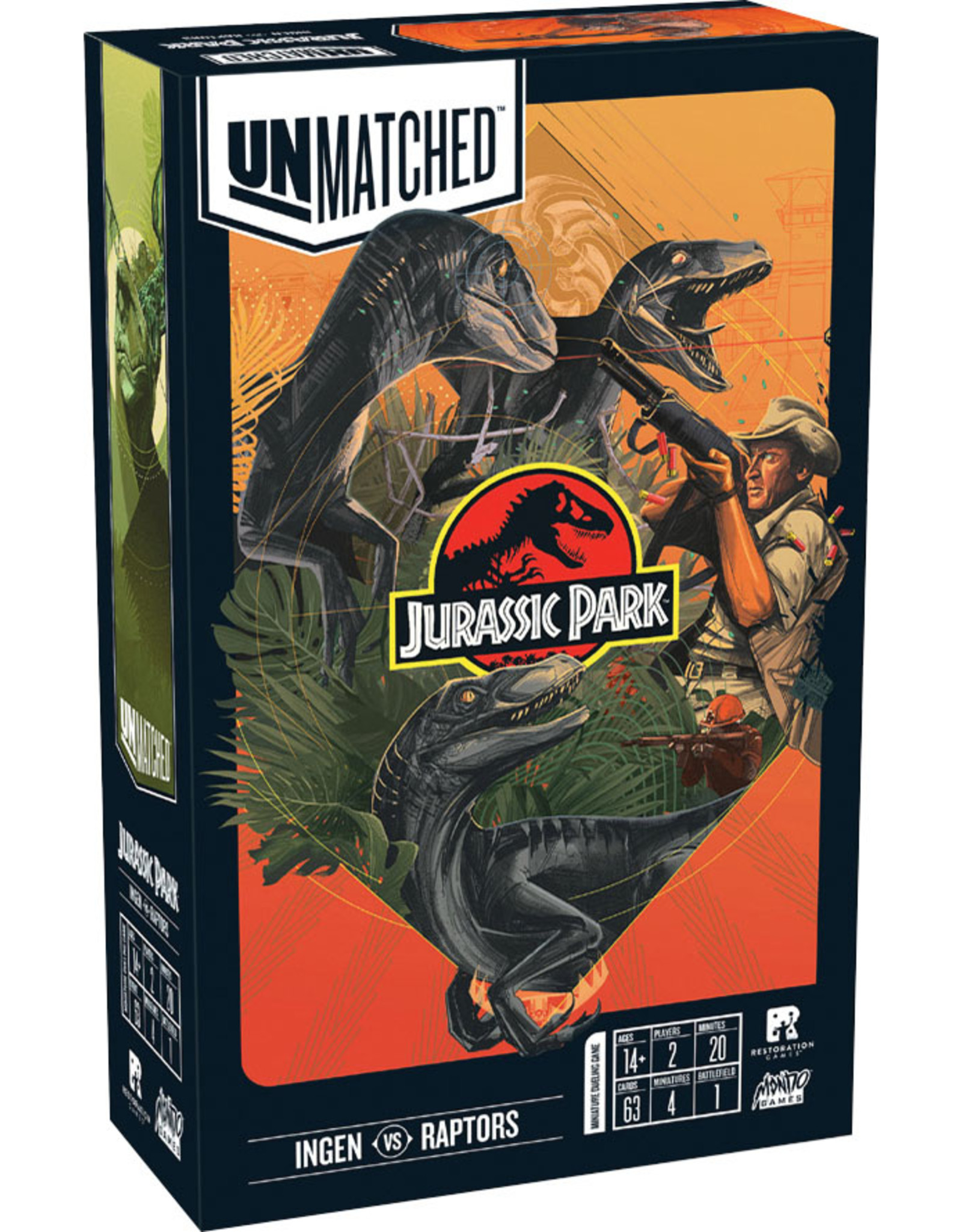 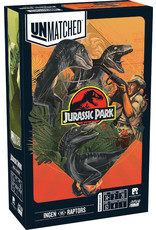 InGen: The InGen workers are crack shots, each capable of attacking from range. Resourceful hunters, they lay down traps to slow and wound their opponents. Their leader, Robert Muldoon has "hunted most things that can hunt you."

Raptors: "...And that's when the attack comes. Not from the front, but from the side, from the other two raptors you didn't even know were there. Because Velociraptor's a pack hunter, you see...Try to show a little respect."

This game can be played on its own as a two-player game or combined with other Unmatched sets to allow up to four players.