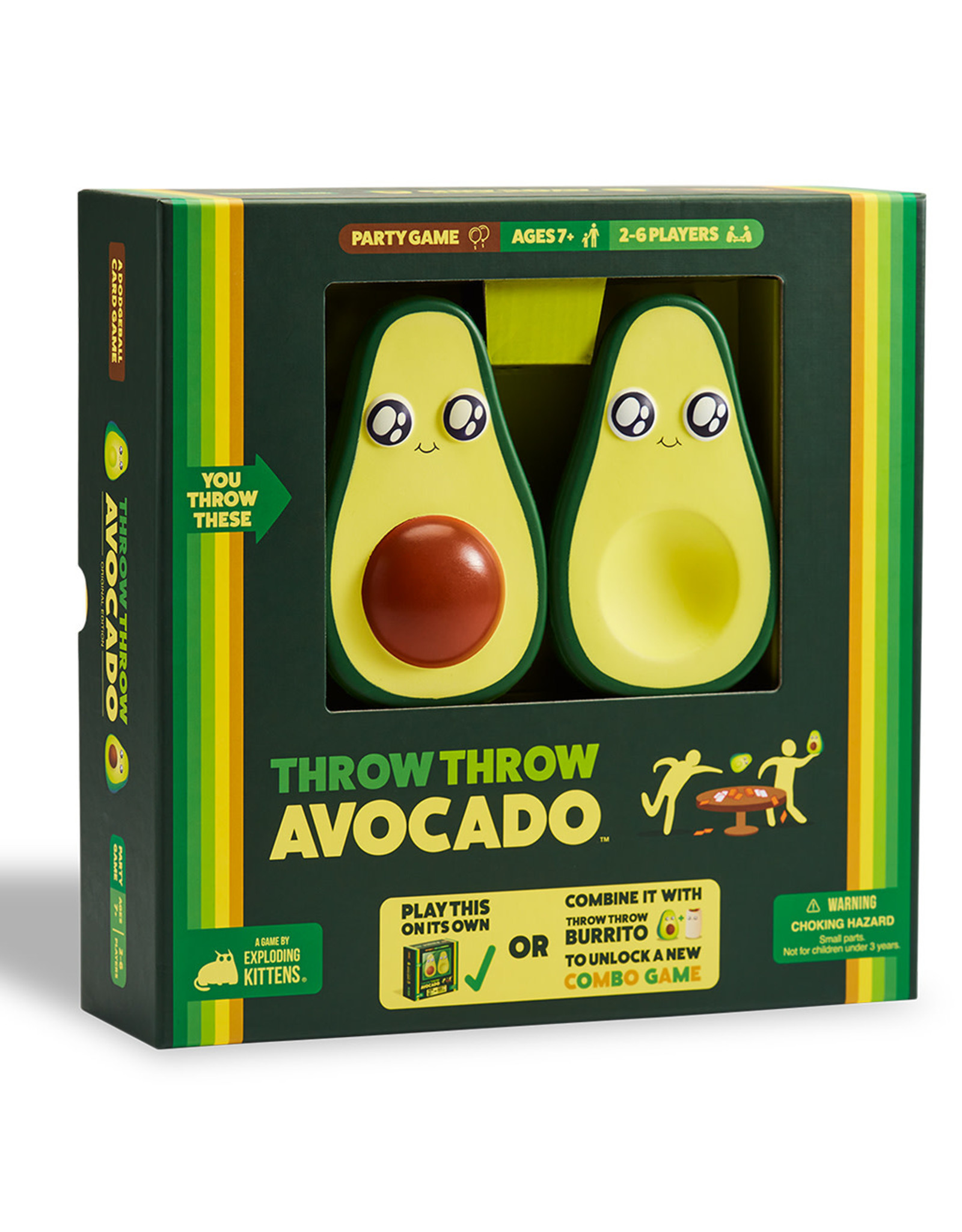 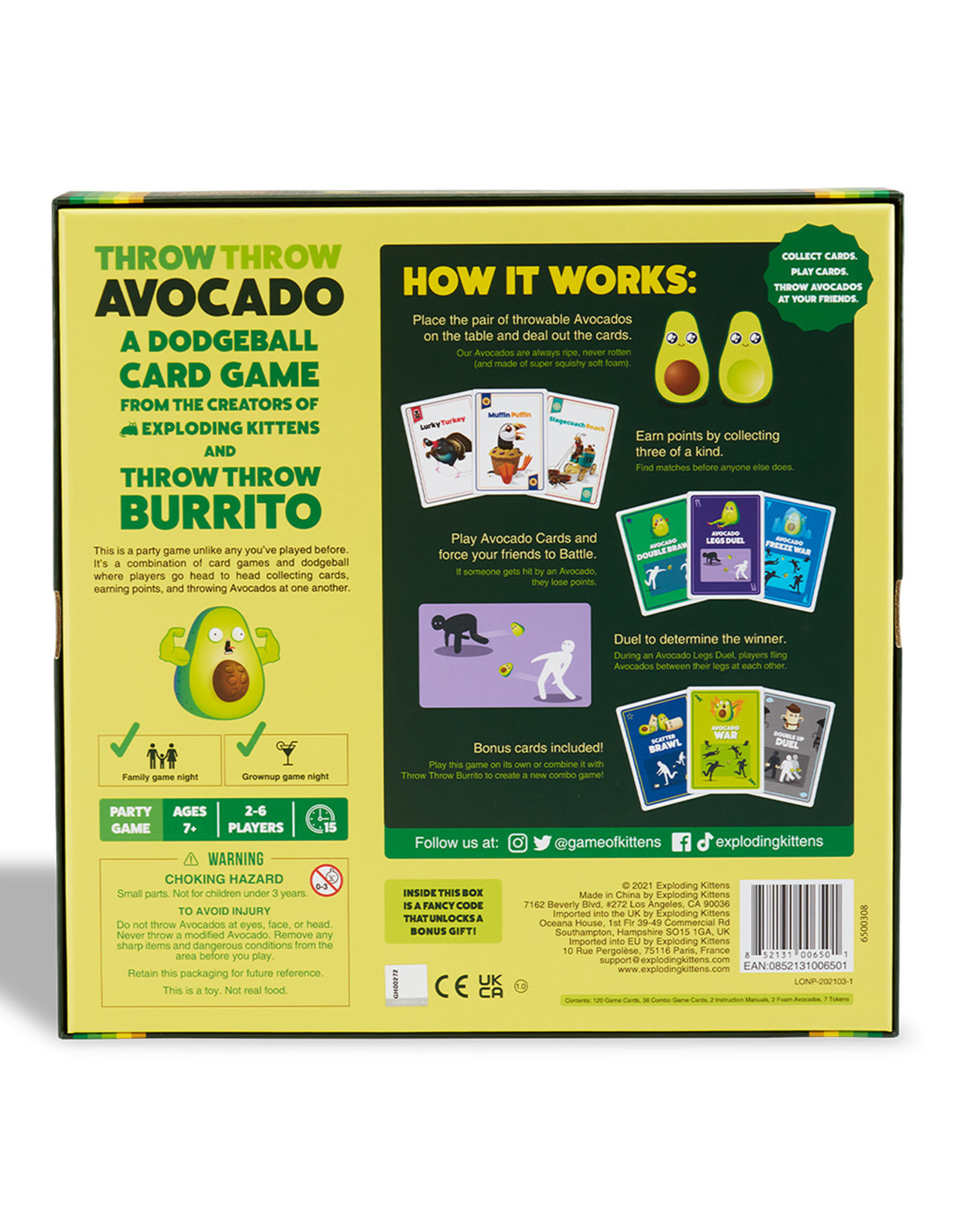 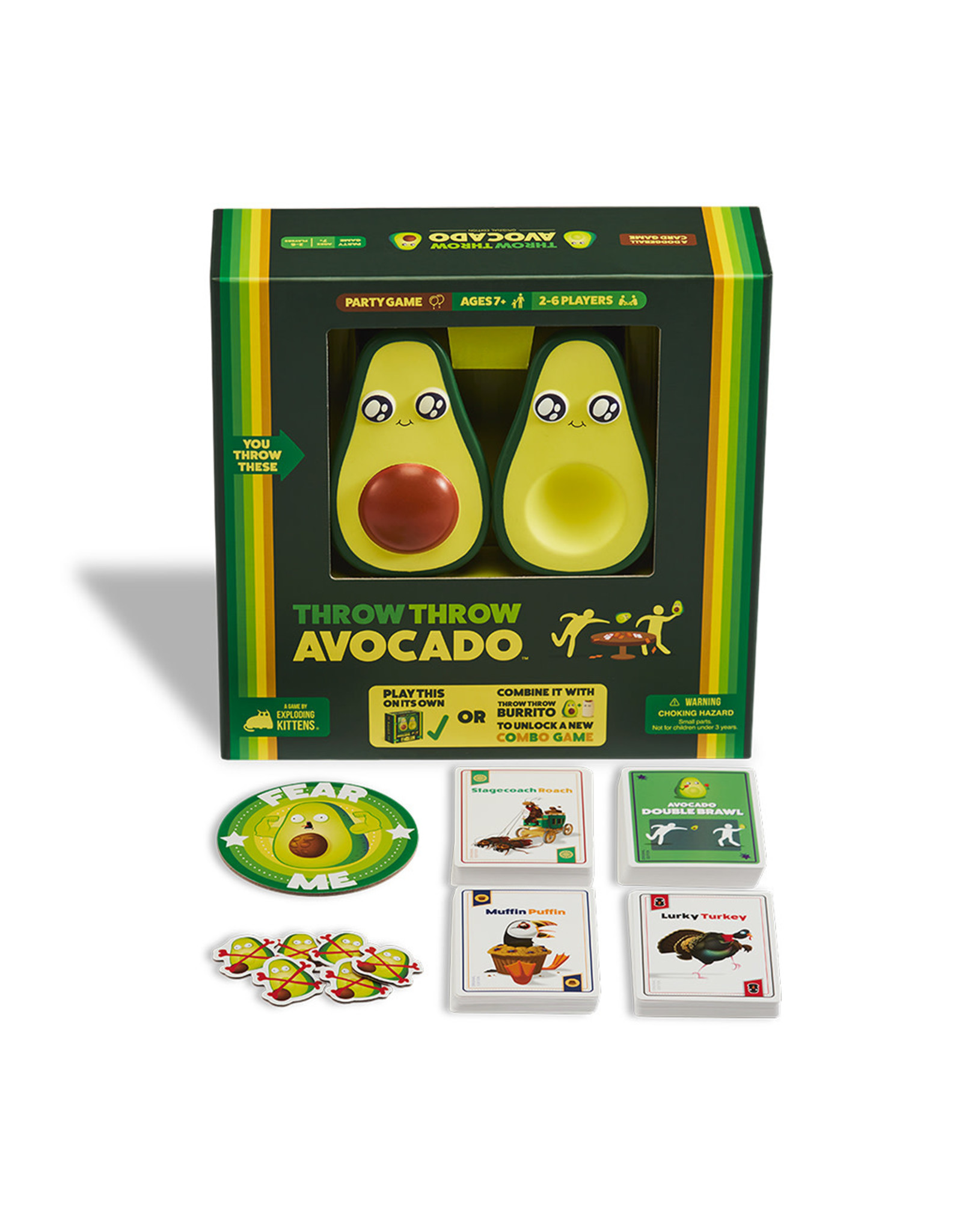 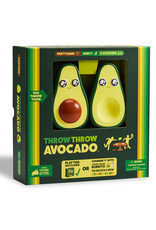 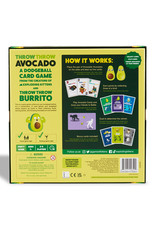 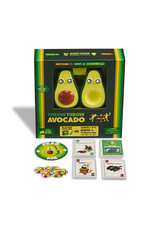 Throw Throw Avocado is a party game and standalone sequel to Throw Throw Burrito! It's unlike any game you’ve played before. In this dodgeball card game, go head to head with your opponents collecting cards while throwing and avoiding squishy, adorable airborne avocados. Take part in brand-new battles including the Avocado Freeze War and Avocado Legs Duel. This game is super fun and easy to learn. It’s a fast-paced, competitive party game perfect for the ultimate game night.

Play Throw Throw Avocado as a standalone sequel, or use the BONUS deck of cards included with the game and combine them with the cards from Throw Throw Burrito to unlock a new combo game using all four throwables!