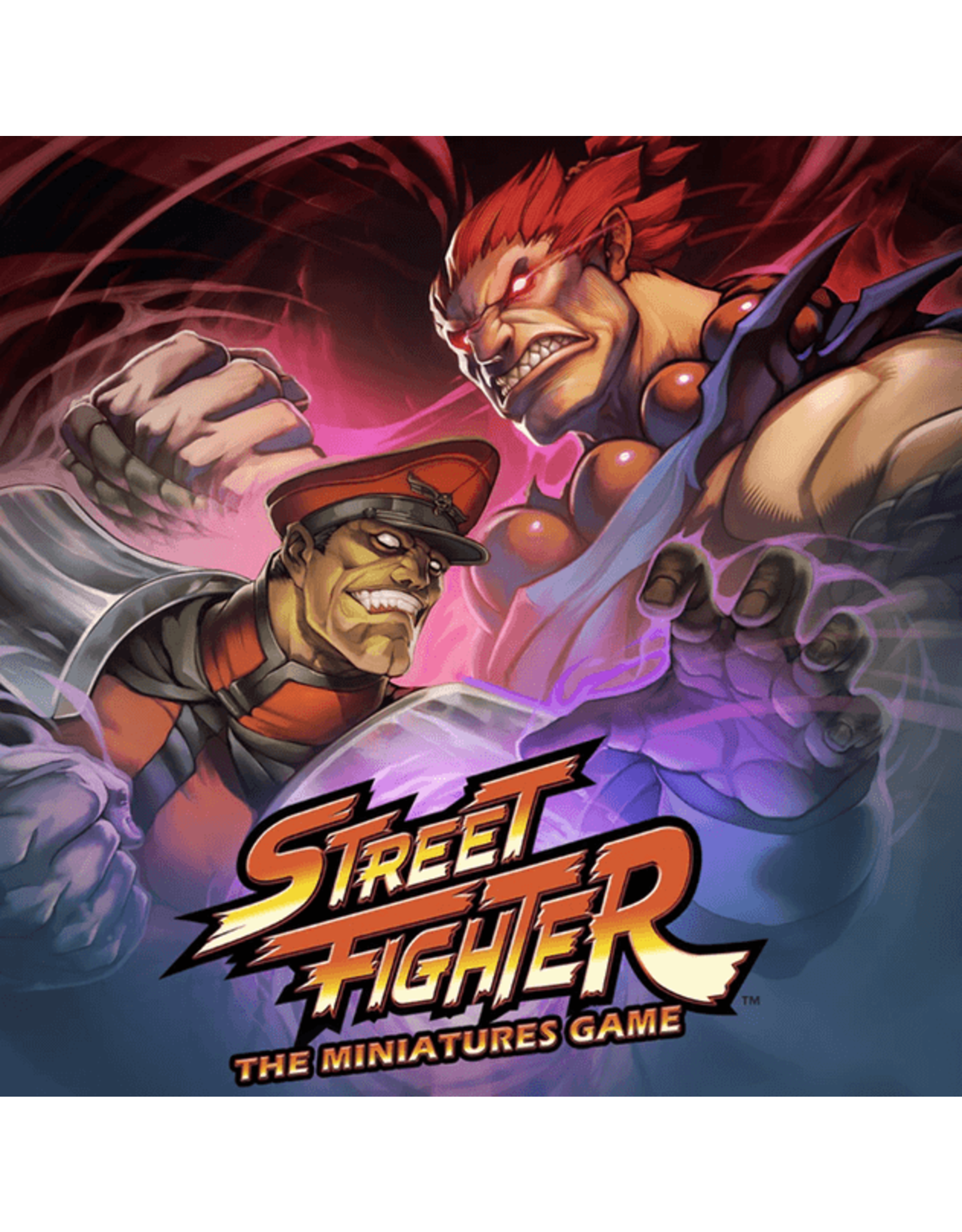 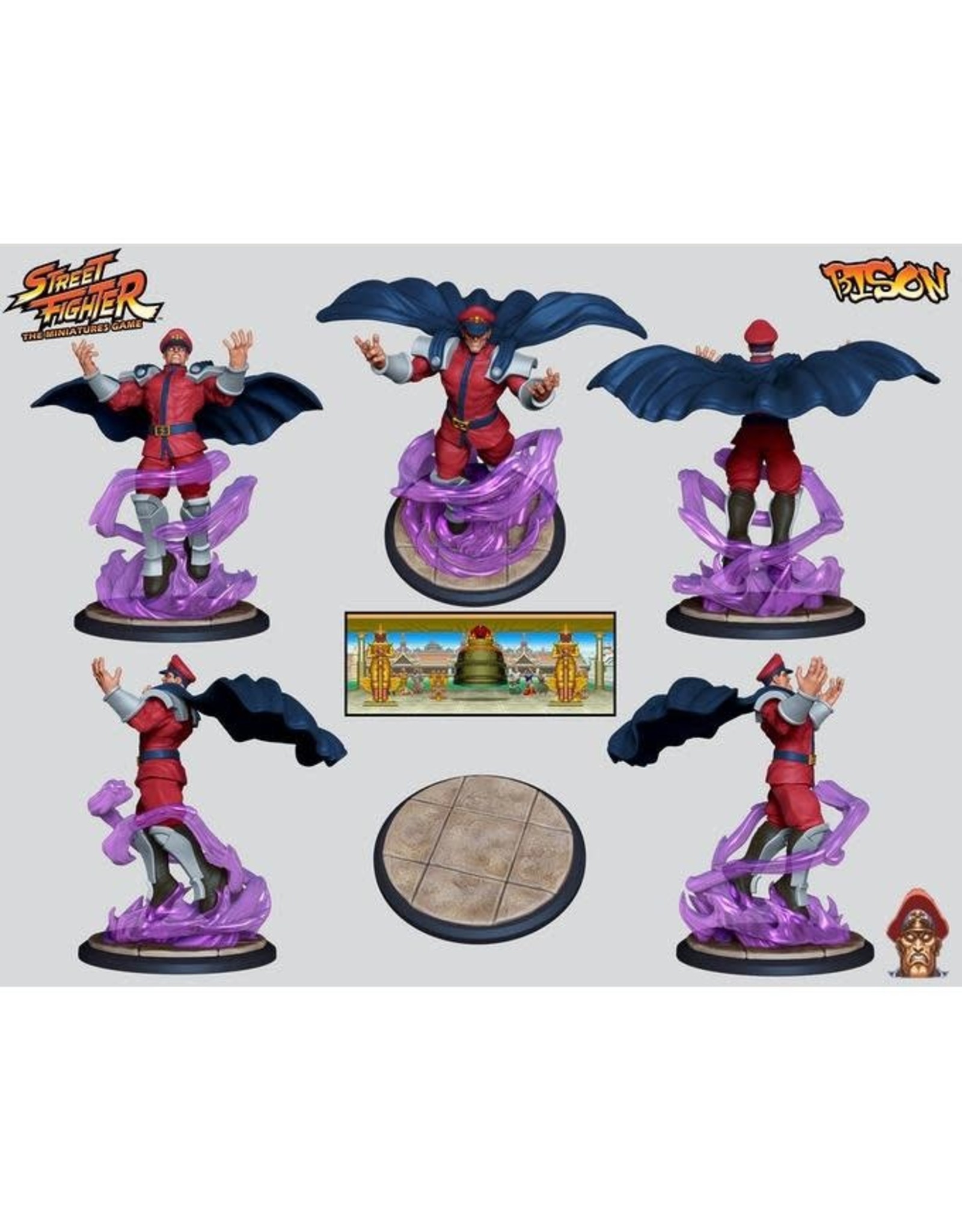 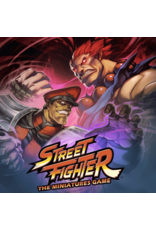 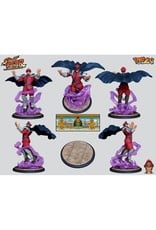 Street Fighter: The Miniatures Game Boss Expansion focuses on two
powerful fighters from the Street Fighter universe: the ruthless
dictator, M. Bison and the raging demon, Akuma. Each of these
power-hungry villains comes with a standard Battle Deck, a Boss
Battle Deck, and a set of Nemesis Event Cards.

Akuma and M. Bison are compatible with all modes of play found in
Street Fighter: The Miniatures Game. By adding this expansion to a
collection, players are given two additional modes to play!
In Boss Mode, one player controls a powerful boss form of either
Akuma or M. Bison.

Each of these two bosses has a unique Boss
Battle Deck composed of cards that are intentionally designed to be
more powerful than a standard Battle Deck. This mode can be played
with up to four players; however, the boss player will always face off
against three other challengers.
In Nemesis Mode, two players are limited to using Akuma and M.
Bison. Each player uses the Character’s standard Battle Deck with
Special Nemesis Event cards, providing a thematic encounter
between these two rivals.