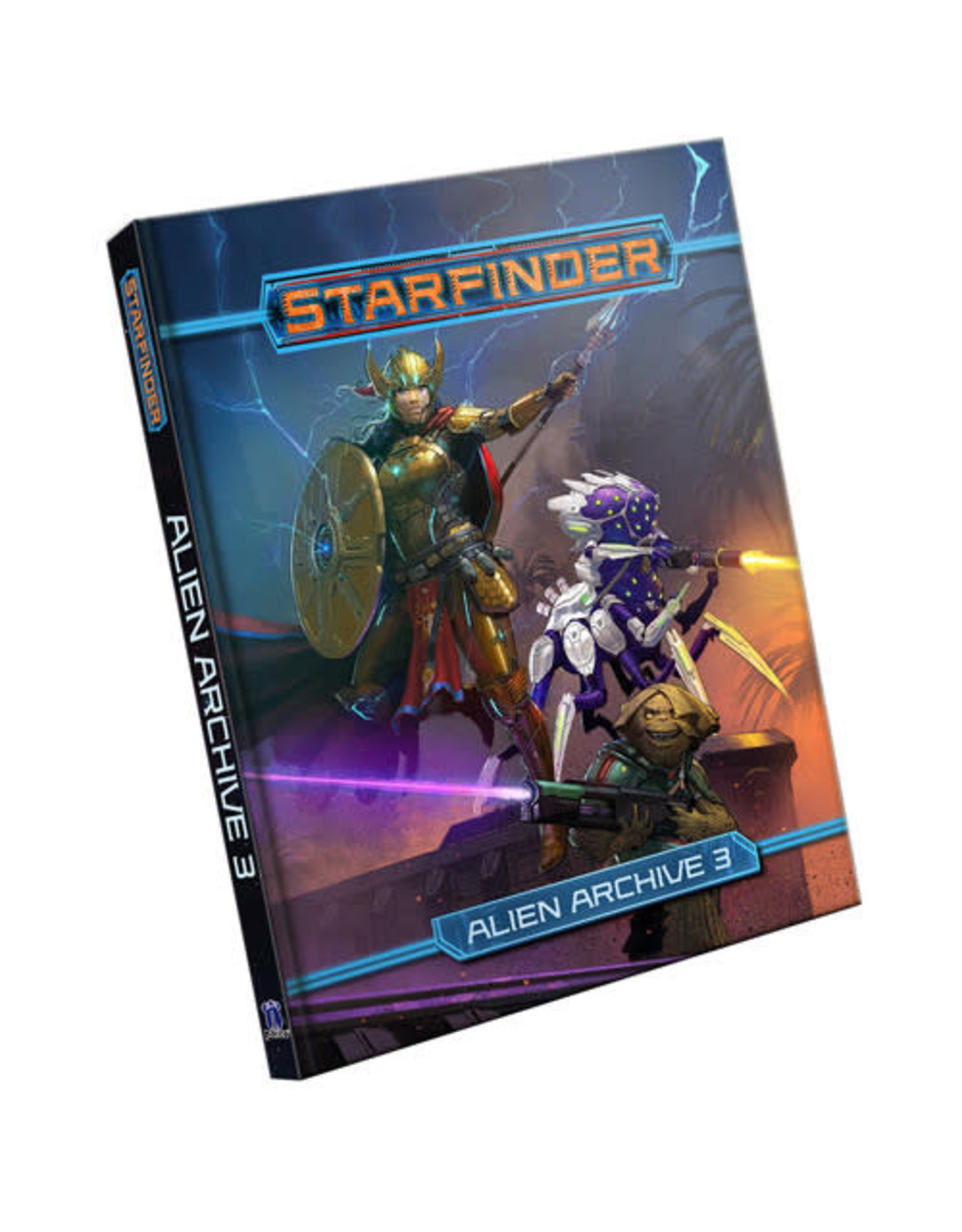 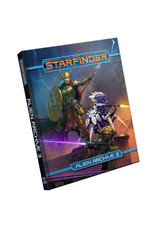 The galaxy hosts a staggering array of aliens both bloodcurdling and benevolent. The pages of Alien Archive 3 are packed with creatures designed for use with the Starfinder Roleplaying Game! From starmetal dragons and the spiral-winged irokirois to living holograms and body-snatching flayer leeches, the creatures in this codex will challenge adventurers no matter what strange worlds they're exploring. What's more, player rules for a variety of species let players not just fight aliens, but be them!

• Over 100 bizarre life-forms both classic and new, from bioluminescent cephalumes and quantum-entangled oozes to natives of hyperspace and living asteroids.

• More than a dozen races with full player rules, letting you play everything from a life-hungry undead creature to a sapient swarm of tiny insects.

• New alien technology to help give your character an edge, including armor, weapons, magic items, and more.

• New rules for gaining a creature companion that can accompany you as a pet, a mount, or even a fearsome combatant!