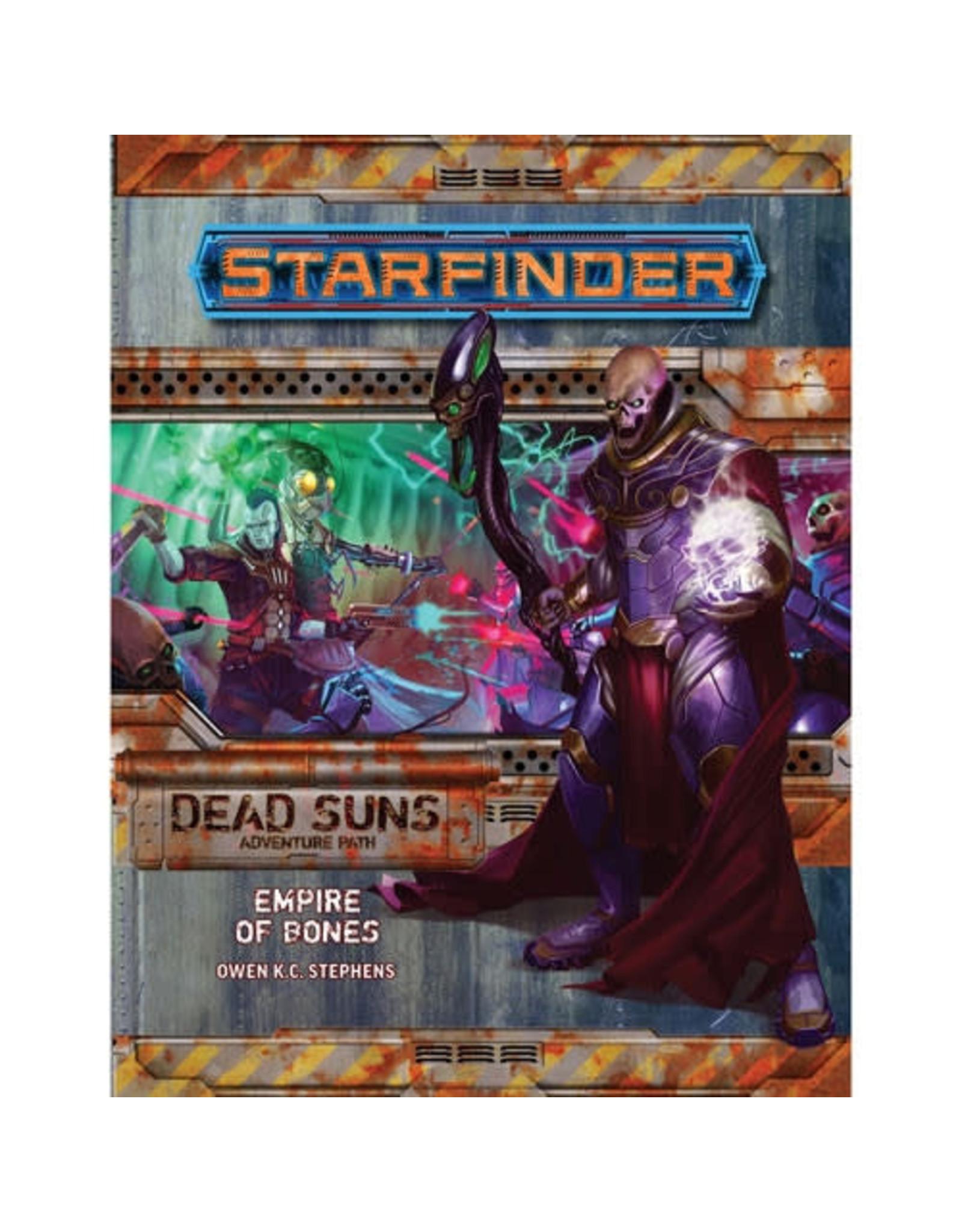 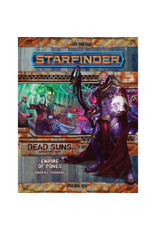 The undead Corpse Fleet has appeared in orbit above the Gate of Twelve Suns, intent on seizing the ancient alien superweapon called the Stellar Degenerator. The heroes are massively outgunned, and their only hope to defeat the Corpse Fleet is by infiltrating the fleet's flagship and taking control of the vessel's bridge. Only then can the heroes pilot the ship on a collision course with the superweapon in a desperate bid to end both threats at once. If successful, the heroes can destroy the Stellar Degenerator, but they'll need to escape the carnage to live to tell the tale!

• "Empire of Bones," a Starfinder adventure for 11th-level characters, by Owen K.C. Stephens.

• Advice on how you can continue your campaign past the final encounter and details on the devastation inflicted on the galaxy should the heroes fail, by John Compton.

• Technological specifications for starships of extraordinary size and power, by Owen K.C. Stephens.

• A collection of starships from the dreaded undead navy known as the Corpse Fleet, by Jason Keeley.

• An archive of new creatures, including a plethora of undead monstrosities and a crystalline humanoid that can redirect blasts of energy, by Owen K.C. Stephens and Larry Wilhelm.

• Statistics and deck plans for a massive undead flagship, by Owen K.C. Stephens, plus an introduction to a planet constantly wracked by energy storms, by Larry Wilhelm.