Starfinder RPG: Adventure Path - Attack of the Swarm! Part 1 - Fate of the Fifth 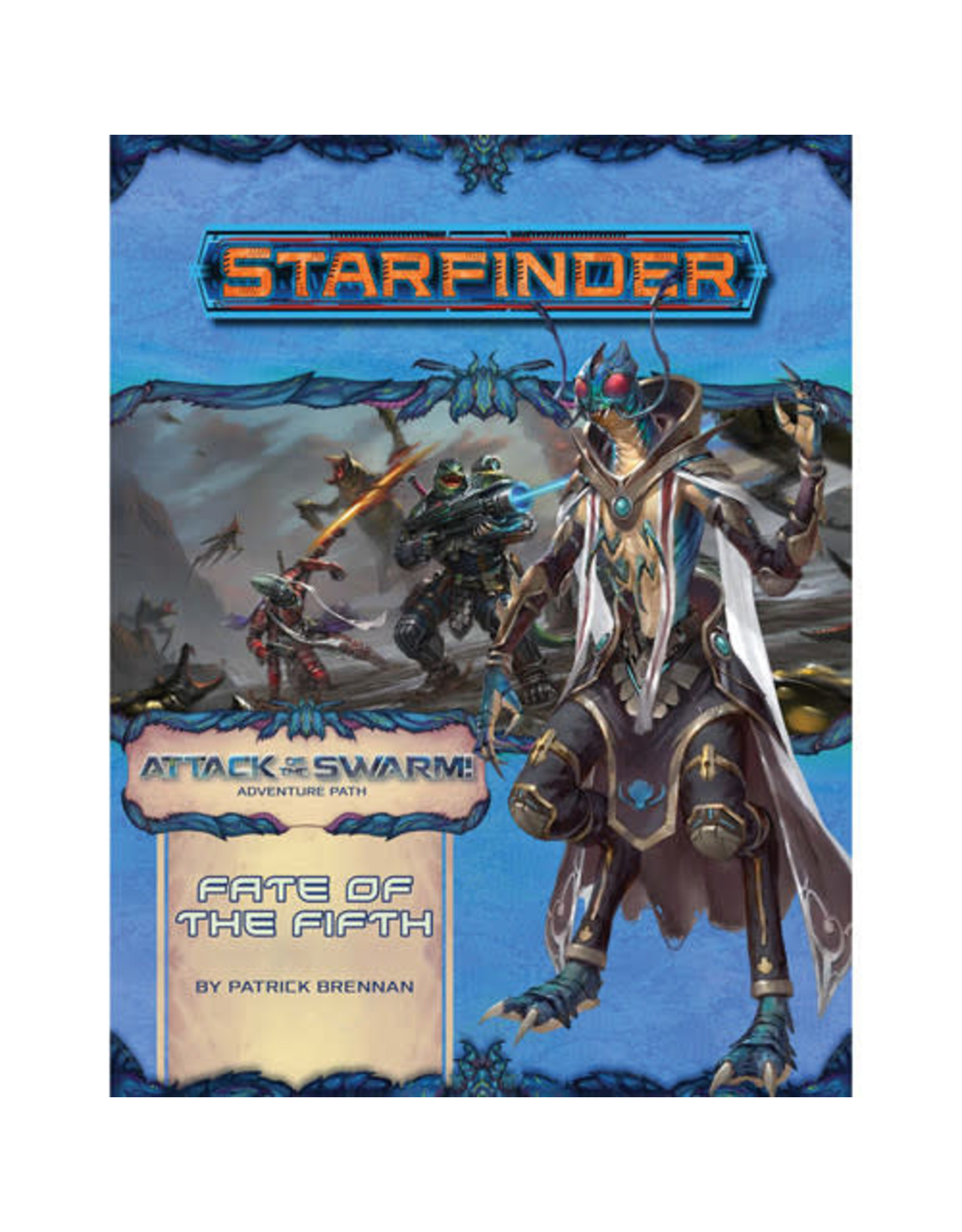 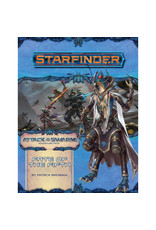 As the ever-ravenous threat of the insectile Swarm surges across another system in the Vast, the heroes are part of the defense effort. They must fight back against waves of foes and rescue civilians, including a shirren priest of Hylax whose temple seems to be of particular interest to the invaders. By relying on their wits - and each other - the heroes just might survive the Swarm onslaught.

• "Fate of the Fifth," a Starfinder adventure for 1st-level characters, by Patrick Brennan.

• A guide for players of this Adventure Path, including two military themes and a selection of helpful gear, by Patrick Brennan.

• An examination of the nigh-unstoppable force known as the Swarm, by Lacy Pellazar.

• An archive of alien creatures, including a shapechanging swarm of nanobots and several Swarm creatures, by Patrick Brennan, James Case, and Adrian Ng.

• Statistics and deck plans for a luxury observation vehicle, plus a glimpse at the bucolic world of Suskillon before it is invaded, by Patrick Brennan.