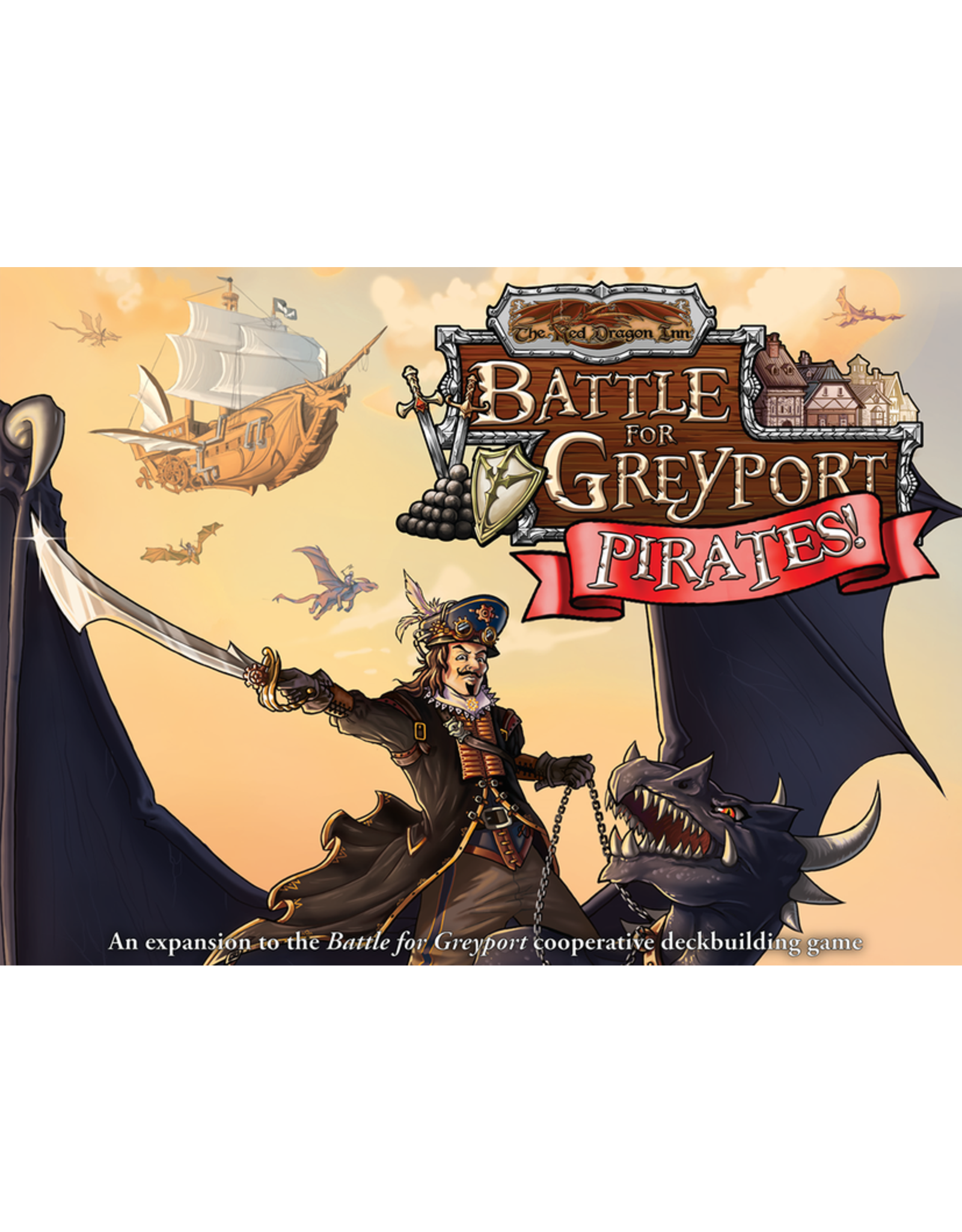 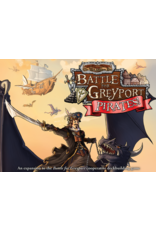 Our heroic party of adventurers pledged wand and sword to defend the good people from the vile villains in Battle for Greyport. Now, to their chagrin, new threats approach the city from the high seas. With its crimson sails, a new party of adventurers sets out aboard the Crimson Drake to meet these evildoers head on in Battle for Greyport – Pirates!

This expansion to the 2016 cooperative deck-building game The Red Dragon Inn: Battle for Greyport expands the game with four new player heroes and starting decks, one for each of the dashing privateers from The Red Dragon Inn 4. The expansion also includes new monsters, mechanisms, recruits, and scenarios!

Now 2-5 players can team up and fight off these dastardly pirate captains and their host of salty sea dogs. Can you sink their ships and save the day?