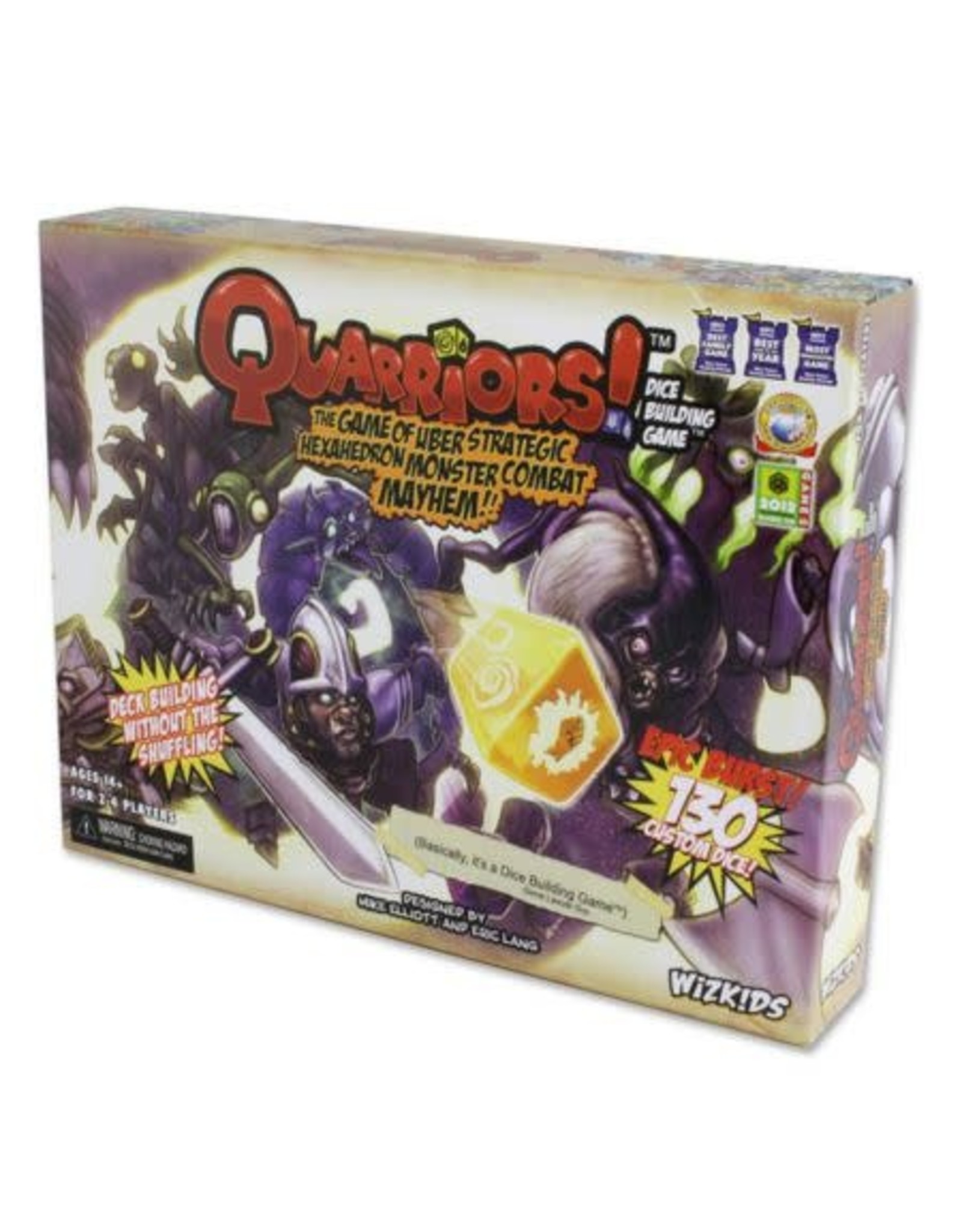 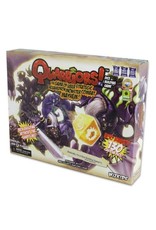 As a Quarrior a mighty, mystical warrior only you have the power to capture dangerous quarry from the untamed wilds. You must conjure the mysterious powers of Quiddity, cast powerful spells, and summon your creatures to battle if you hope to overcome your rivals and earn your rightful place as the champion of the Empress. In this game of Uber Strategic Hexahedron Monster Combat Mayhem, players compete to capture the most powerful Spells and Creatures (in the form of dice.) from the Wilds and add them to their collection. Players then roll their powerful cubes and summon them into play to battle each of their opponents forces. Strategy is key in assembling a force that you can roll to victory. Each Quarriors Game comes with 130 Custom Dice and 53 Power Cards, a Score Tracker and four Dice Bags.