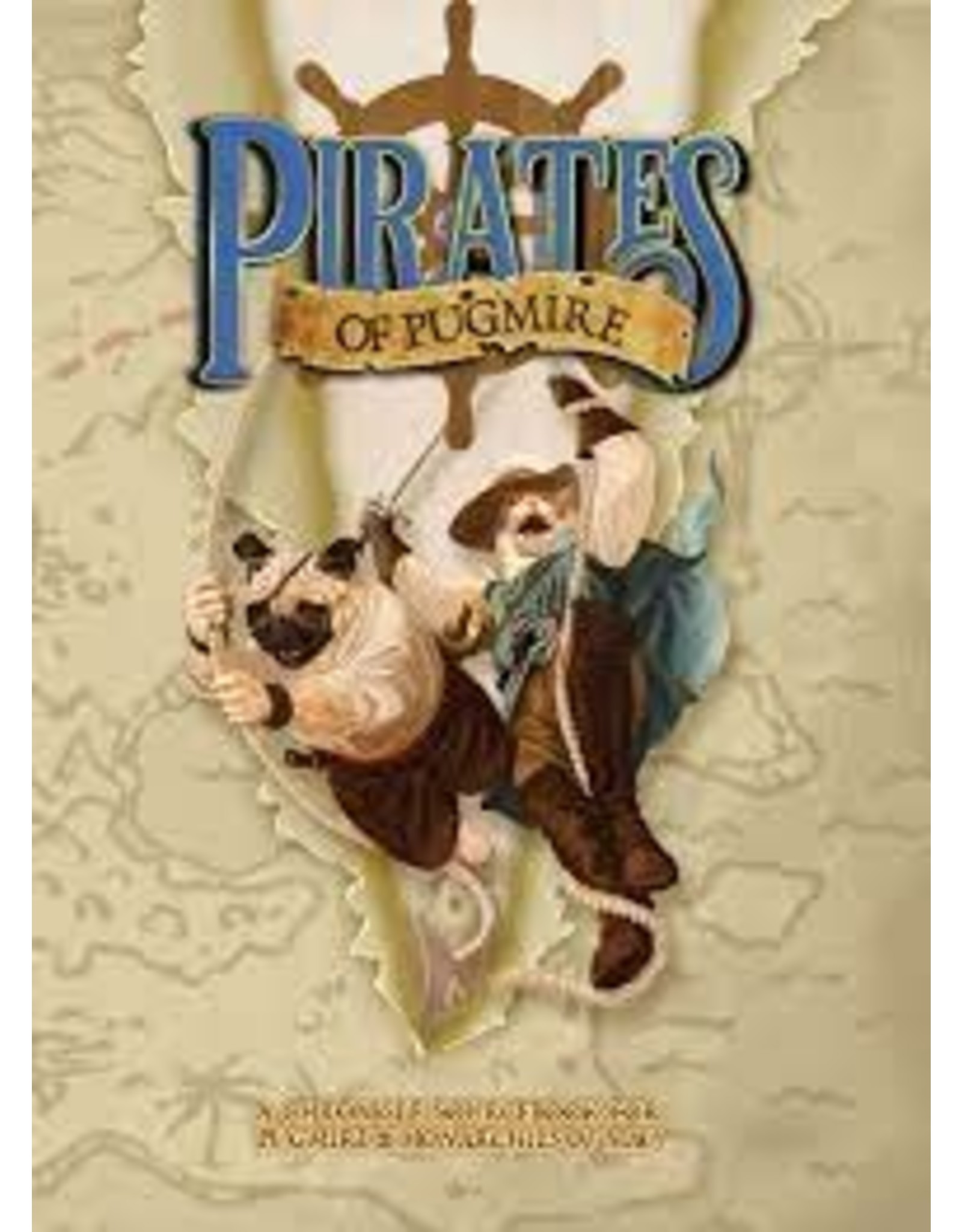 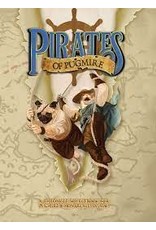 Dogs have inherited the world, building the kingdom of Pugmire untold centuries after the Ages of Man were over. These dogs have been uplifted to use tools and language, and they seek to rediscover the ruins of the Old Ones. The world is dangerous and mysterious, but good dogs will persevere. Pugmire is a light-hearted and family-friendly fantasy world. It’s one of the first of Onyx Path’s creator-owned games, produced in a partnership with Eddy Webb and Pugsteady.

Pirates of Pugmire is a chronicle sourcebook for both Pugmire and Monarchies of Mau. It’s usable in either game, or as part of a joint experience. Some highlights include: Two new species for players to enjoy: lizards and birds; Six new callings, including two for dogs and two for cats; Rules for building, sailing, and sinking ships; A trove of new allies, enemies, and treasures; Information on Waterdog Port and Port Matthew; “Going on the Account,” a chronicle of three new adventures, taking characters from 1st through 6th level.