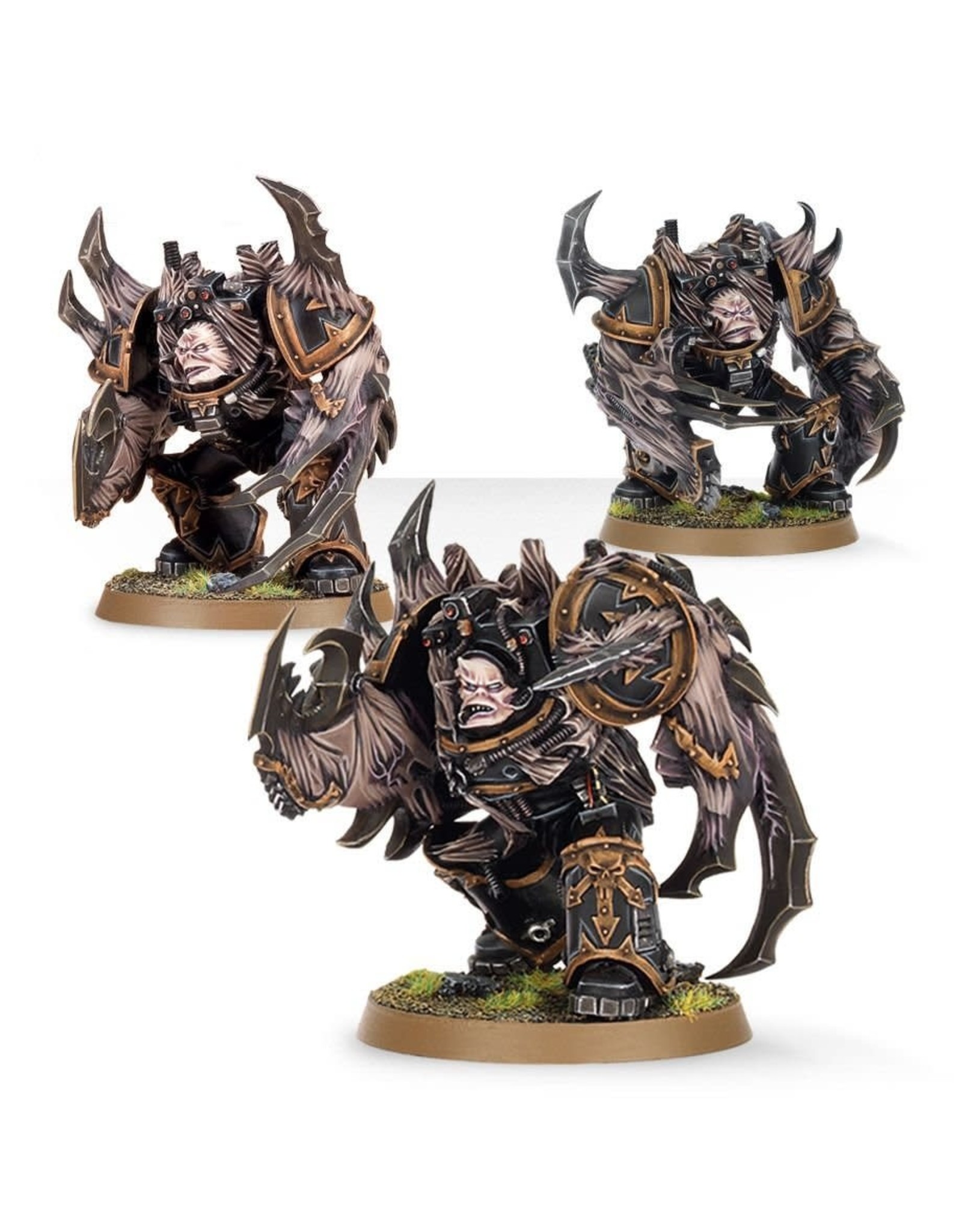 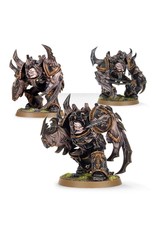 It is believed that the first of the Mutilators were originally Traitor Legion Terminators who specialised in close quarters fighting, but as with all who harbour an obsession within the Warp, they grew to become the incarnation of the murderous desires in their heart.

The Mutilators are immense, Warp-distressed models, where flesh and metal have fused together to create truly gruesome and monstrous creatures. Their hulking frames show stretched tendons of flesh erupting like infections across their thick, riveted armour, though it is their gigantic claws that protrude from their arms - and even their shoulder pads - that mark them out as something especially daemonic.

This is a finely detailed resin cast kit, and contains 24 components and five 40mm round bases with which to make three Chaos Space Marine Mutilators.