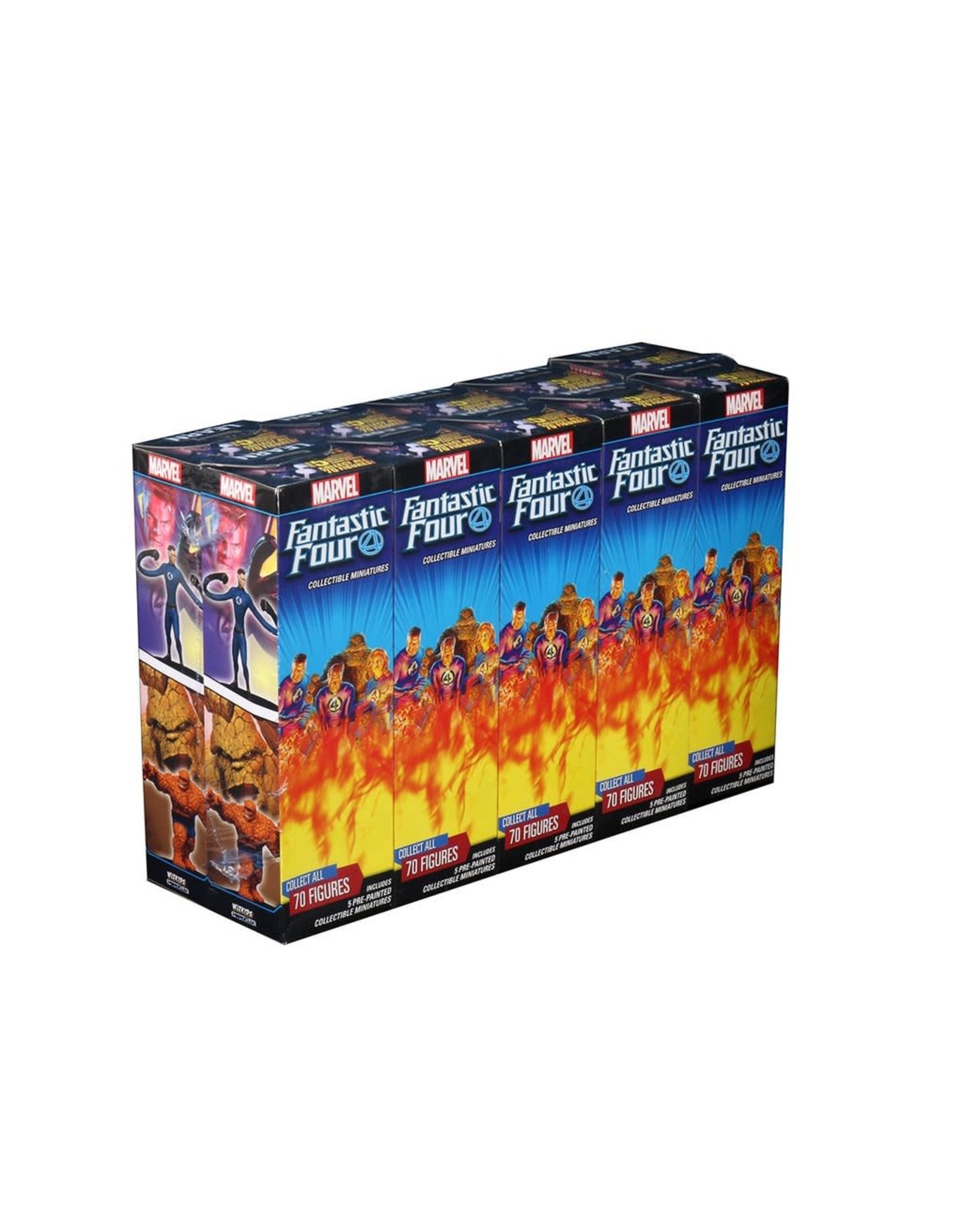 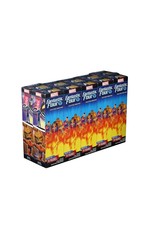 The Thing, the Human Torch, the Invisible Woman and Mister Fantastic team up with some of their well-known allies to take on some of their greatest foes including Dr. Doom, the Frightful Four, and the shape-shifting Skrulls.

Fantastic Four has all-time favorites and iconic characters from the Marvel Universe like Spider-Man, Black Panther, Hulk, Silver Surfer, Wolverine, and more. The wide selection of characters and keywords to build with will provide something for every HeroClix player and collector.

Discover thrilling gameplay including forming the New Fantastic Four by replacing certain characters at the beginning of the game, powers that activate when you roll a 4 on your dice, and two new Title Characters!

Each booster contains 5 pre-painted characters to expand your collection.