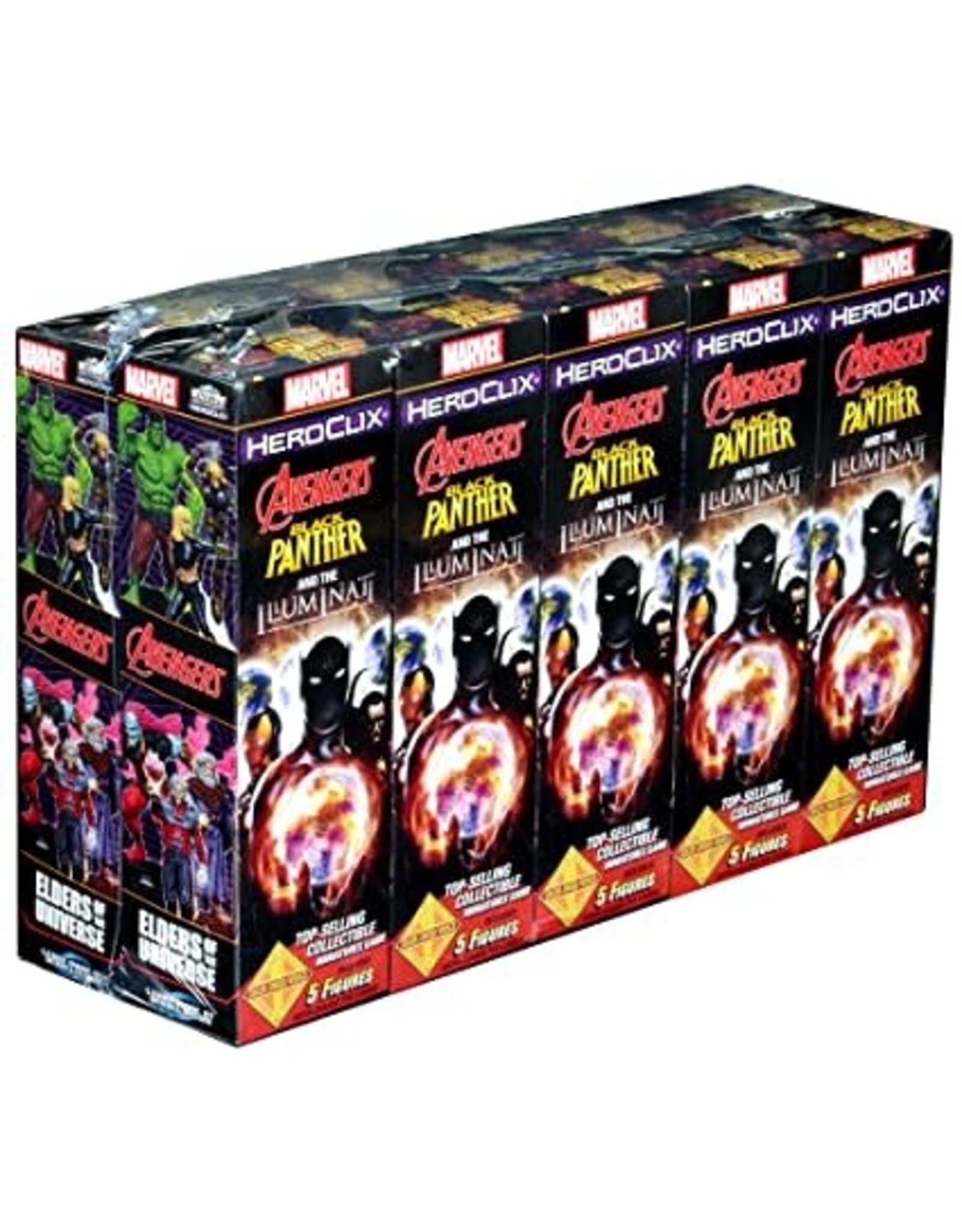 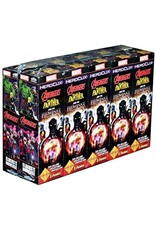 The Illuminati originated as the world’s most powerful think-tank, operating in secret and representing the interests of all superhuman communities. They have collaborated and dealt with many threats to the world, including alien wars, cosmic forces, and some of the most powerful weapons in the universe. Eventually the Illuminati found themselves in possession of the Infinity Gems and split them up among themselves for safekeeping. This 5-figure booster release features many fan-favorite sub-themes like The Avengers, Wakanda, The Cabal, Elders of the Universe, The Illuminati, as well as brand-new equipment-objects like the Cosmic Cube, Infinity Gems, and the Infinity Gauntlet! Existing and new HeroClix fans will look forward to new figures and objects to power-up their collection in addition to never-before-Clixed characters like Astronomer, Challenger, Eitri, Enigma, Everett K. Ross, Kobik, Okoye, Rune, and more!