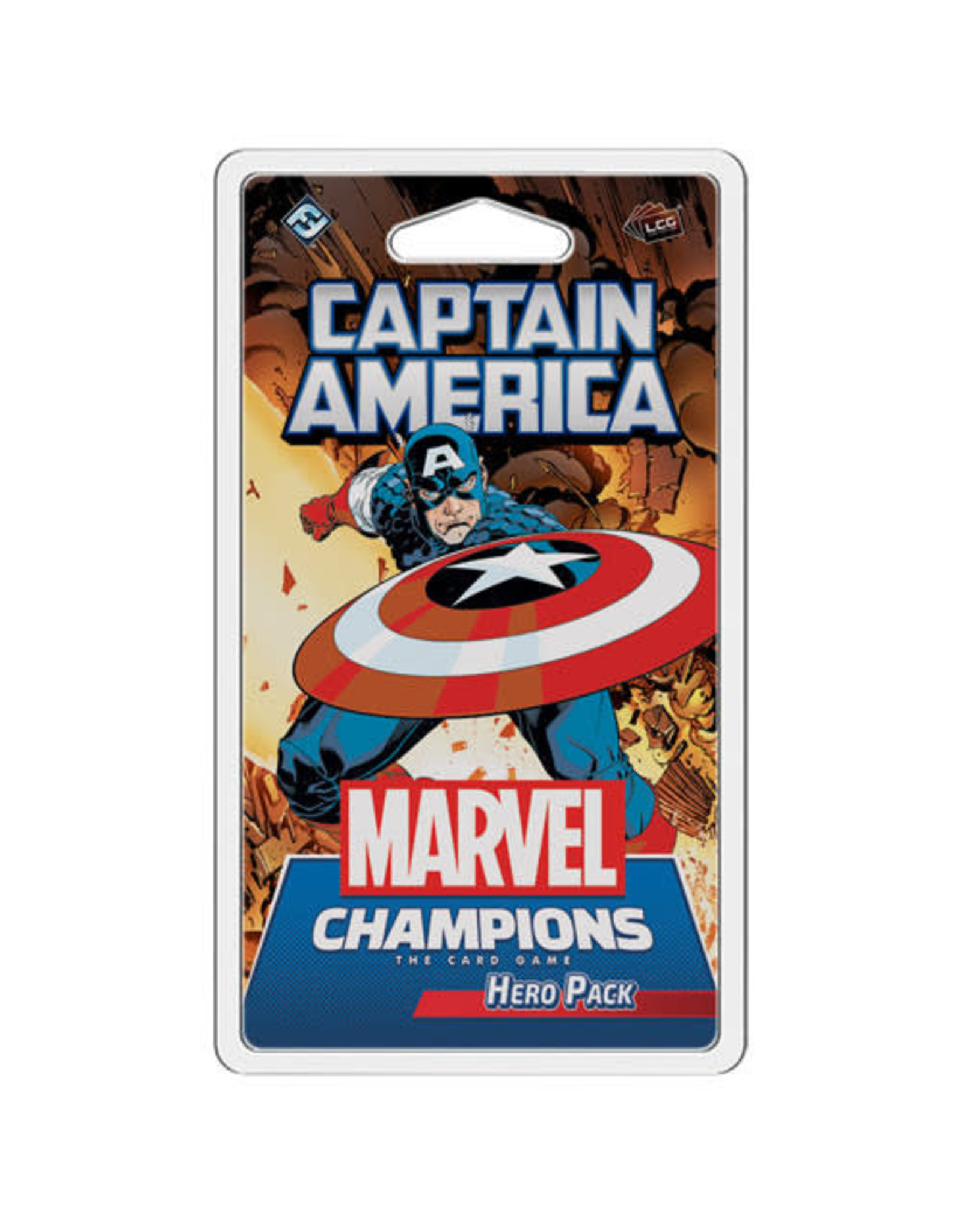 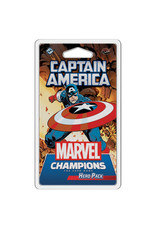 When Steve Rogers was deemed too frail to enlist during World War II, he took part in a secret government program to transform him into the world's first Super-Soldier. With the help of a revolutionary serum, Rogers emerged from the experiment as the embodiment of physical perfection. Now in peak condition, Rogers served as a special operative and a bastion of freedom in World War II until an accident near the end of the war submerged him in ice for decades. Discovered by the Avengers in the modern era, Captain America continues to fight for the American Dream. A man out of time, but never out of courage.

Like all Hero Packs, the Captain America Hero Pack includes a fully-playable deck right out of the box that includes 15 Hero cards, 17 cards from the Leadership aspect, and 8 neutral cards. This deck brings Captain America to the forefront of the action with his trusty shield, as he buffs the heroes around him while calling on new Avengers to join the fight!

• 28 new cards that can be added to any other hero deck!

This is not a stand-alone game. A copy of Marvel Champions LCG: Core Set is required to play.