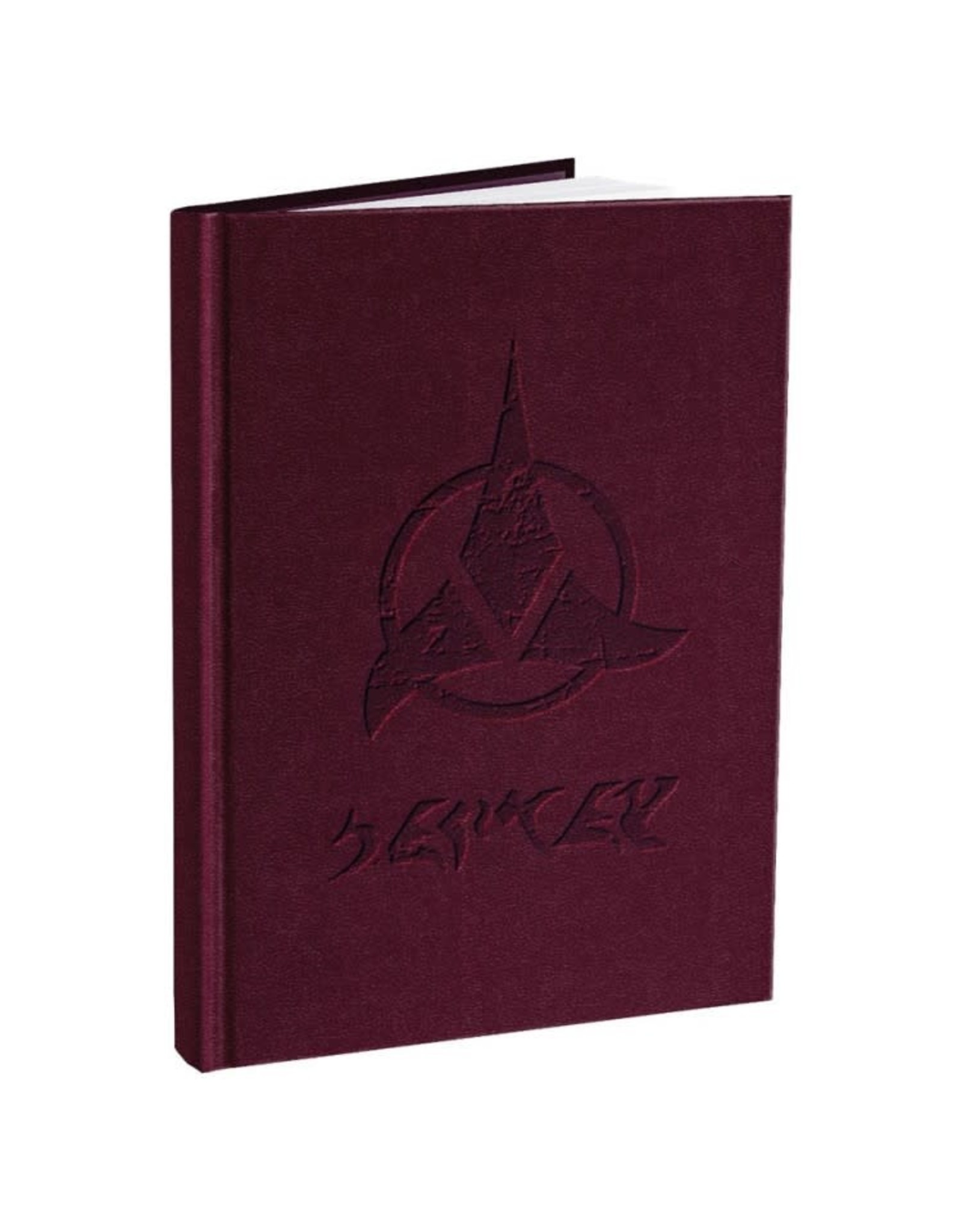 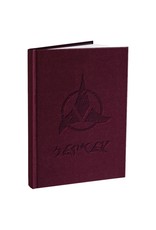 GLORY TO YOU AND YOUR HOUSE! THE KLINGON EMPIRE Collector’s Edition rulebook for the Star Trek Adventures Roleplaying Game takes you to the final frontier of the Galaxy, where new worlds and new civilizations await bold Klingon warriors hungry for glory and honor. Your duties may take you to the edges of known space, to Klingon colonies in need, to the borders of neighboring galactic powers, or into the eye of interstellar phenomena. Your warship and crew represent the best-trained and honorable of Klingon warriors, and your cunning and abilities are needed now more than ever. A new threat looms from across the Gamma Quadrant, representing a worthy opponent for the worlds of the Alpha and Beta Quadrants. Tensions are high and it remains to be seen how the Klingon Empire will get involved. It is a volatile time for the Empire as her brave warriors and bold crews ready for battle against whatever foes present themselves.
This Star Trek Adventures core rulebook contains:
- Guidance on how to create your own Klingon-focused Star Trek stories of honor and glory on the final frontier.
- A complete and updated version of the Star Trek Adventures 2d20 game system.
- An extensive study of the Klingon Empire, including its history, culture, worlds, society, warships, technology, and more.
- Guidelines for novice and experienced gamemasters on how to run Star Trek-themed adventures and campaigns of conquest and exploration for the daring crew of a Klingon warship.
- A large selection of Klingon NPCs from all eras of play, as well as many antagonists, including Federation, Cardassian, Romulan, Borg, and Dominion characters and vessels.
- An introductory adventure designed to quickly get you and your fellow players playing brave Klingon warriors.
- Historical excerpts, personal logs, and intercepted communications, providing a new perspective on Star Trek lore and events.

Brought to you by an expert Star Trek development team, including award-winning Star Trek novelists, editors, and game designers.