King of Tokyo: Power Up Expansion 2017 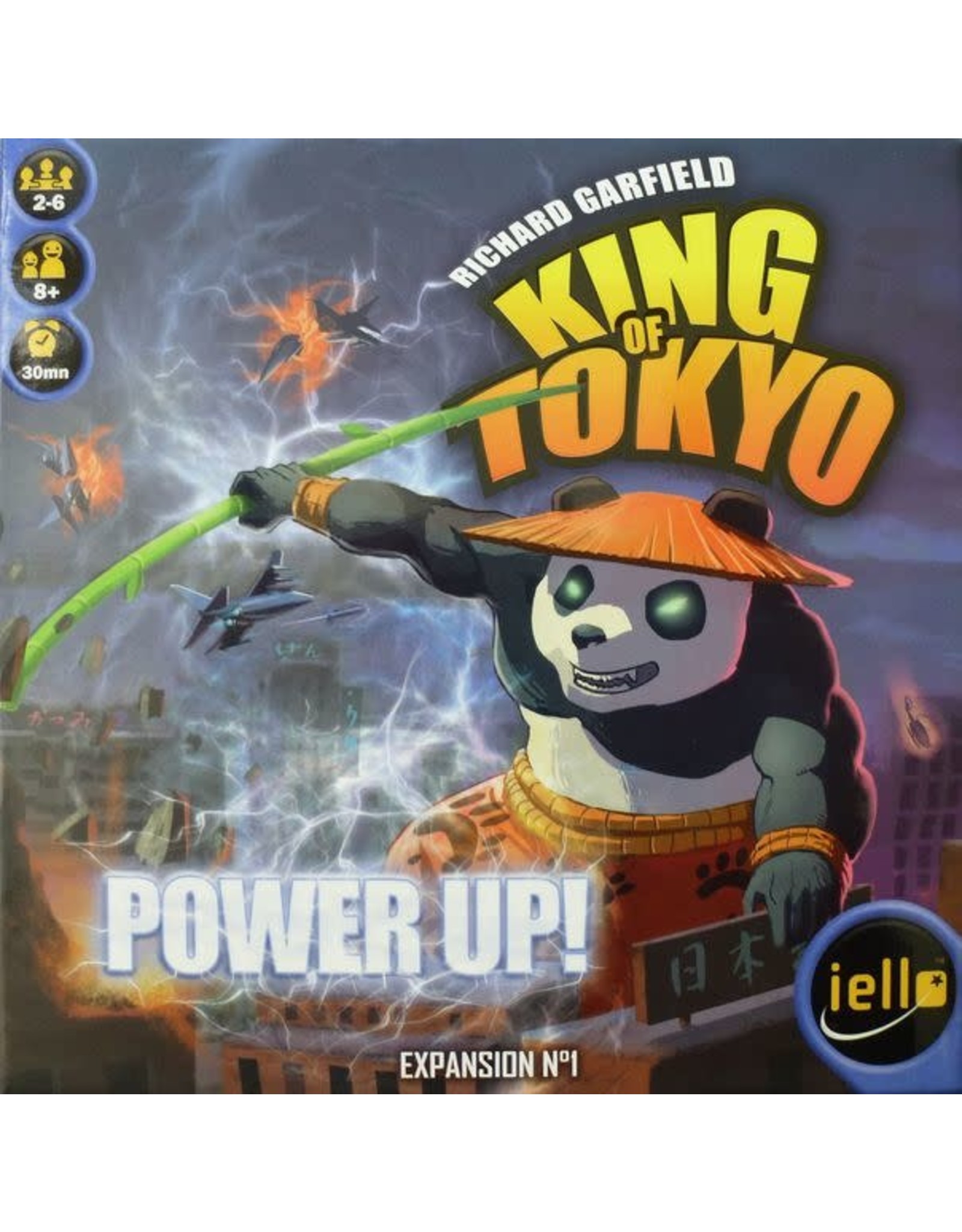 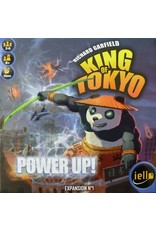 With King of Tokyo: Power Up! – an expansion for the King of Tokyo base game – Included is the new monster Pandakai, a giant panda bear. After choosing a monster, each player takes the eight Evolution cards associated with that monster, shuffles those cards, and creates a personal deck. At the end of a player's turn, if she has three hearts, she draws one Evolution card and adds it to her hand; this is possible even in Tokyo (when hearts are normally useless) and even if the hearts are used for some other action, such as healing.

A player can reveal and play an Evolution card at any time. Some Evolutions are temporary, allowing a one-time bonus, while others are Permanent, such as Gigazaur's "Tail Sweep", which allows him to change one die to a 1 or 2 each turn. Each Evolution card also identifies whether a monster is a Mutant, Invader, or Robot, and while not relevant for Power Up!, this species identification could come into play in future expansions.

The rules for King of Tokyo: Power Up! contain a few variants: Players start with a random Evolution in play, or draw two cards and choose the one they want, or draft a set of Evolutions prior to the start of play. However you play, the goal of the game remains the same: Score 20 points or be the last monster standing amid the rubble of what was once Tokyo.