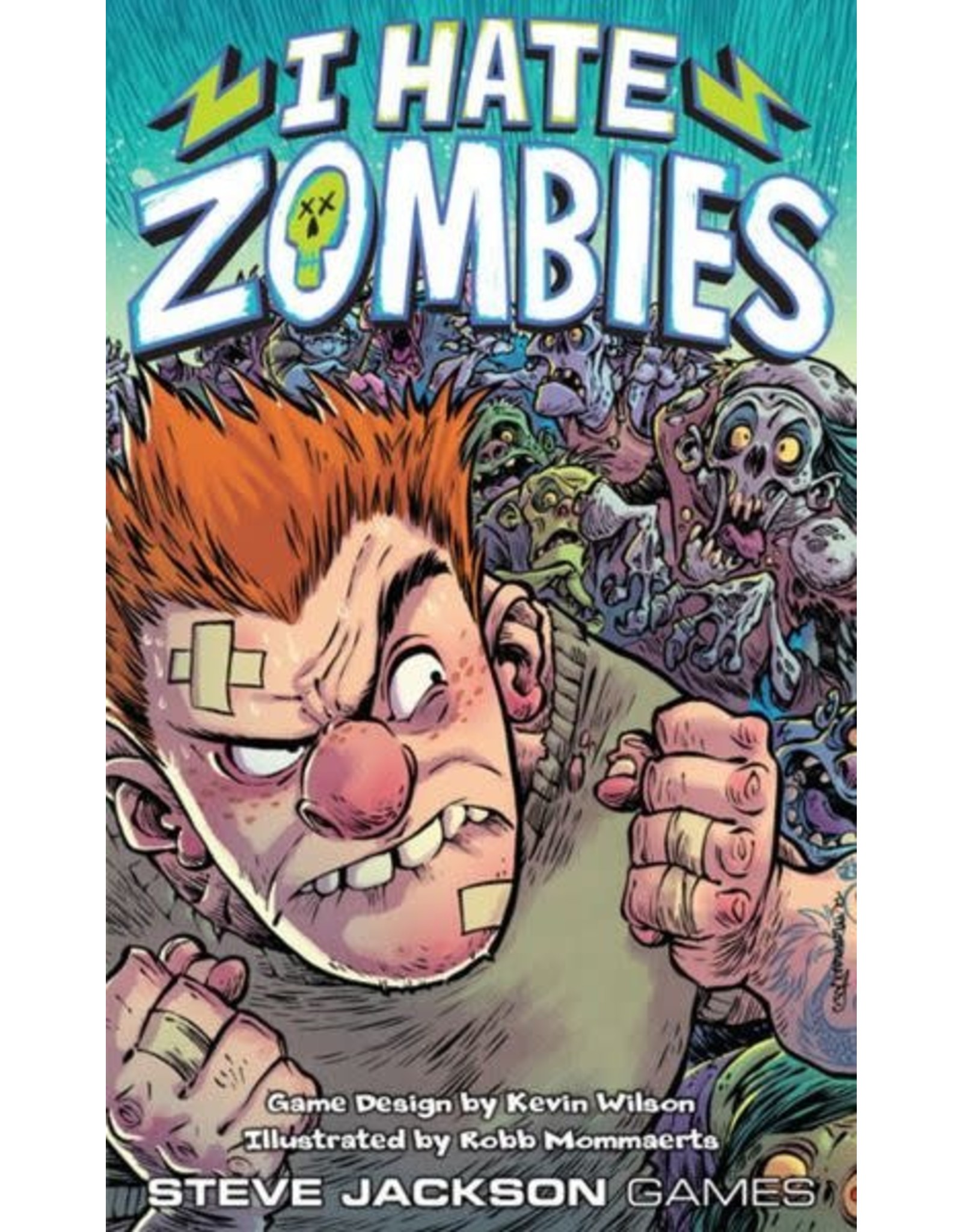 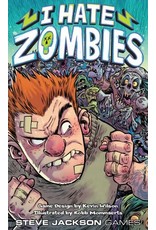 Yet again, a ravening horde of horrible zombies has shambled forth to devour the living. It must be a day of the week that ends in ‘y’.

In I Hate Zombies., 2-12 players face off in a climactic battle for the very fate of the world that will last between 10 and 20 minutes. Some of the players will be the noble last survivors of humanity, while others will be dirty, wretched brain-guzzling zombies. To see who survives, they will engage in that time-honored tradition, that Sport of Kings...

Although the valiant humans each have a special ability to aid them in their struggle to survive, the zombies are tougher to kill, and humans they kill turn into more zombies, and certainly let us not forget the spleen-churning stench.

While the game could be succinctly described as Rock-Paper-Scissors with special abilities, the abilities add some interesting decision making for the zombie players as to which humans to focus their brain munching beam on, and when. So, while the game uses the RPS mechanism, there are real and interesting decisions to be made which will have the zombies debating their strategy (or at least as well as their limited mental capacity allows).

If you hate zombies (and you should!), you'll find altogether more zombies than you're comfortable with in I Hate Zombies.

"I had all the guns, ammo, and canned food I could ever need. Why didn't anyone tell me I also needed to brush up on my bluffing skills?!"
-Last Words of Survivalist Joe