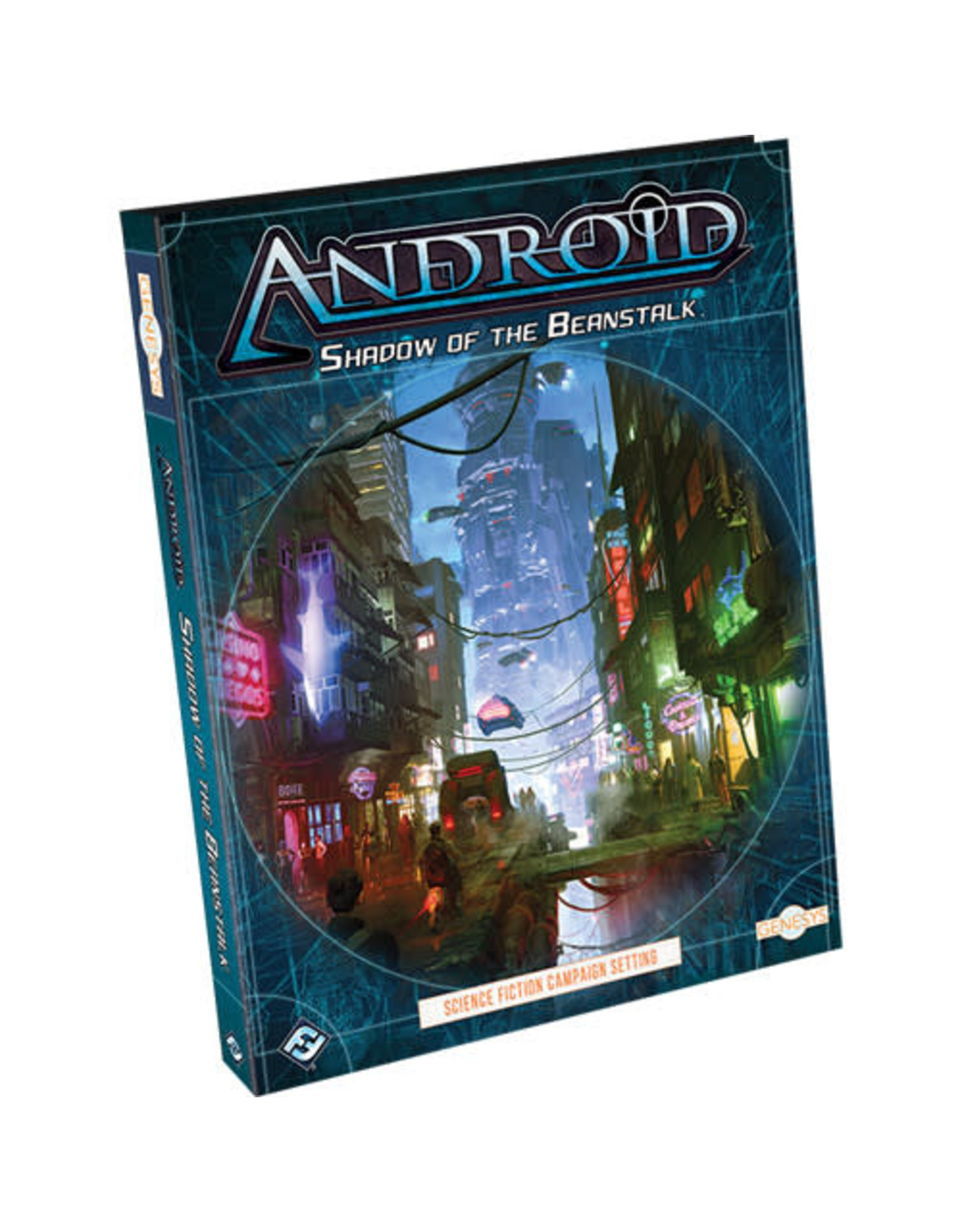 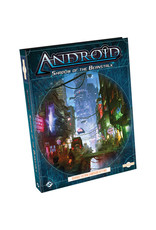 In the not so-distant future, humanity has spread out across the solar system, unlocked the frontiers of cyberspace, and created millions of intelligent androids in its own image. At the heart of this progress stands a ladder leading to the riches of the stars - the massive space elevator called the Beanstalk. And at its base sprawls the biggest, meanest, and most exciting city on Earth: New Angeles.

Using the Genesys Roleplaying System, this sourcebook allows you to explore this vital, thrilling, and dangerous world. Take on the role of cops, con artists, roughnecks, and escaped androids trapped between greedy corporations, corrupt officials, and vicious street gangs. Outwit your foes, uncover their conspiracies, flee their retribution, and maybe you'll survive. Who knows? Maybe you'll even get rich...

• A detailed guide to New Angeles, the grandest city in the worlds.

• Character creation options for playing archetypes like Cyborgs, Clones, Bioroids, Loonies,and G-Mods, and careers like the Runner, Ristie, and Investigator.

• New weapons, gear, vehicles, cybernetics, genetic modifications, and other items essential for adventuring in the dangerous streets of New Angeles. And the in the cold blackness of space.

• Expanded rules for making runs on the Network; uncovering secrets, stealing money, and aiding your allies as a runner, or hunting intruders and destroying their systems as a sysop.