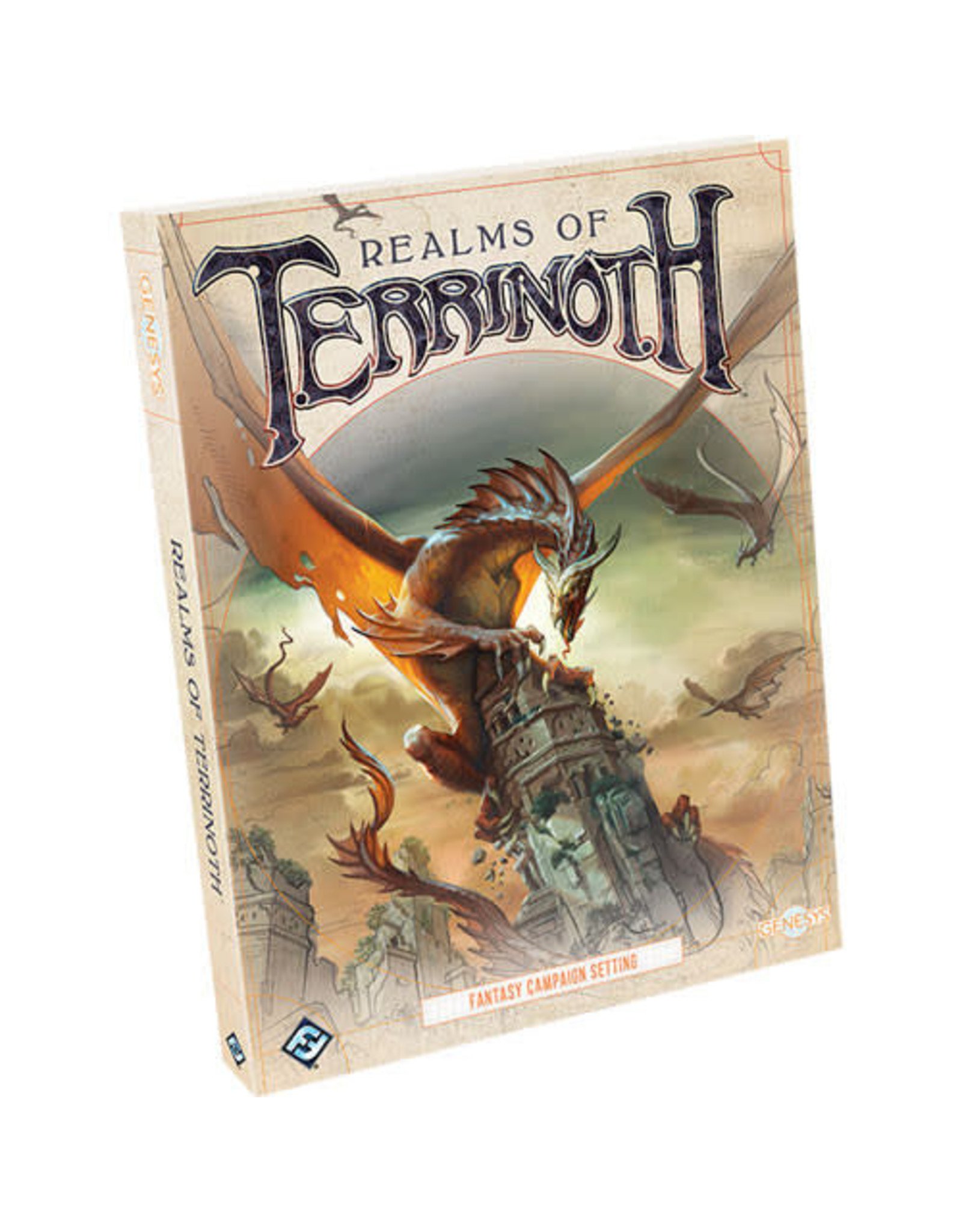 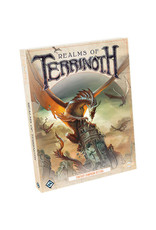 Ready your sword and spellbook for adventure in the fantasy land of Terrinoth! This sourcebook allows players to explore the magical Runebound setting filled with tragedy and mystery. Terrinoth faces darkness on all sides - ghastly skeletal Reanimates, raging dragons, and even horrific demons - and heroic characters are needed more than ever to rise to its defense. With Realms of Terrinoth, you'll be ready for the challenge!

This supplement for the Genesys RPG includes:

• The history of Terrinoth, from the primordial fall of the Elves to the fiery invasion of the Dragonlords and beyond.

• New character careers such as Mage, Scoundrel, and Warrior.

• New weapons, gear, mounts, services, and other items essential for adventuring in Terrinoth and the other lands of Mennara. You can even wield one of the fabled runebound shards!

• New rules for using magic, including spells for reanimating the dead, calling upon the gods for aid, and accessing primal forces.

• A tour across Terrinoth, home of the valiant Daqan Lords but also the foul Mistlands of the undead. Delve into the ancient Elven forests and the Dwarven kingdoms underneath the Dunwarr Mountains, as well as the far-off desert sands of Al-Kalim, the frozen wastes of Isheim, and the deadly jungles of Zanaga!

A copy of Genesys RPG: Core Rulebook is required to use the contents of this book.