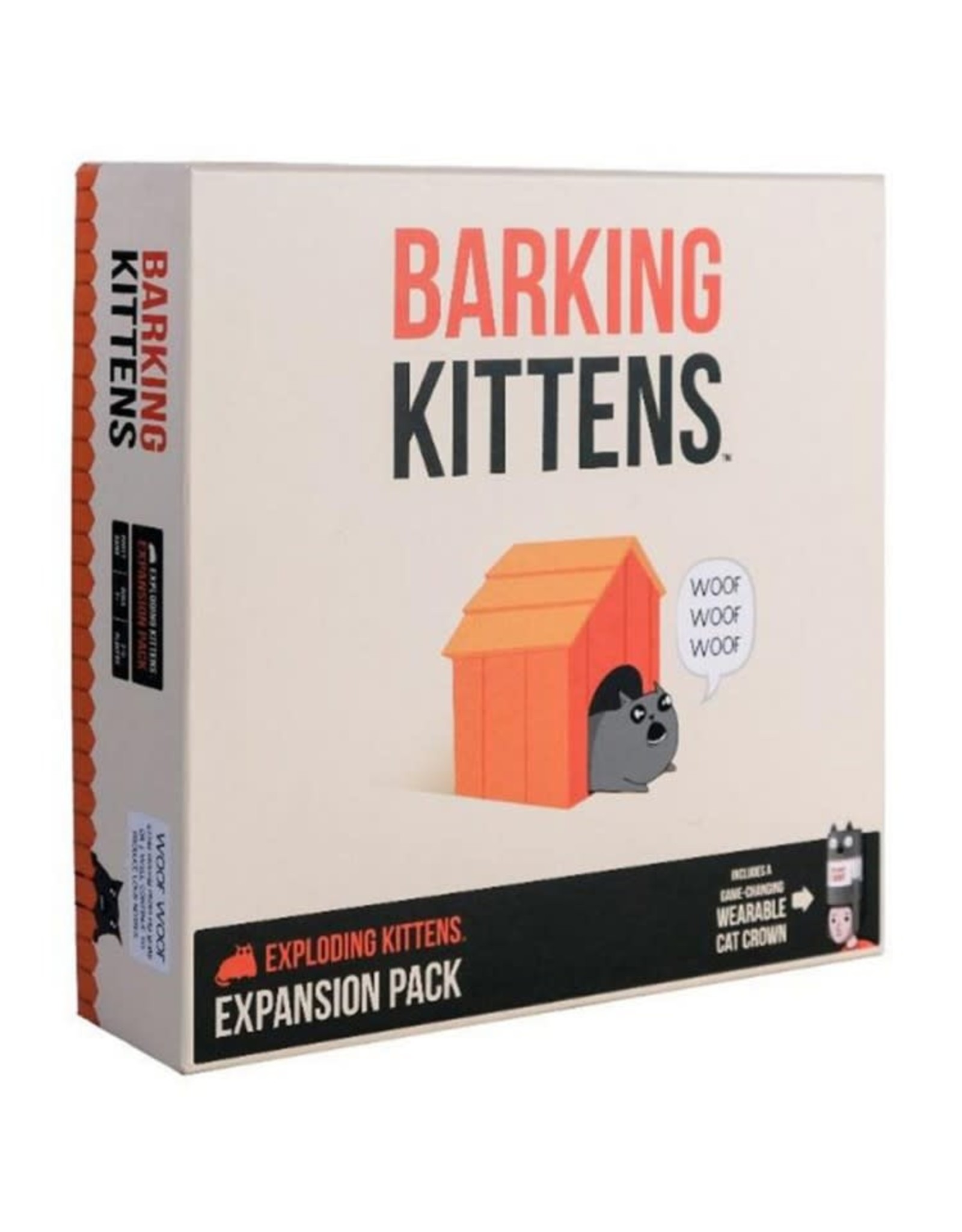 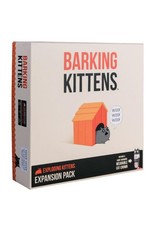 Exploding Kittens is a highly strategic kitty-powered version of Russian Roulette. Players try to avoid drawing Exploding Kittens (which boot them from the game) using catnip sandwiches, deploying special ops bunnies, and seeking out the wisdom of an all-seeing goat wizard.

This game is kid-friendly, super fun, and easy to learn. It's a fast-paced party game perfect for family game night or as an anytime boredom buster.

The third expansion to the record-breaking game, Exploding Kittens. Includes 20 cards and instructions that refresh the core game, adding a new level of strategy and hilarity. Includes a pair of Barking Kittens cards that allow players to combine their hands to one's advantage and the other's disadvantage. Also includes a wearable crown that allows you to hold a secret hand of cards on your head that no one can see until you decide to release them into the draw pile.