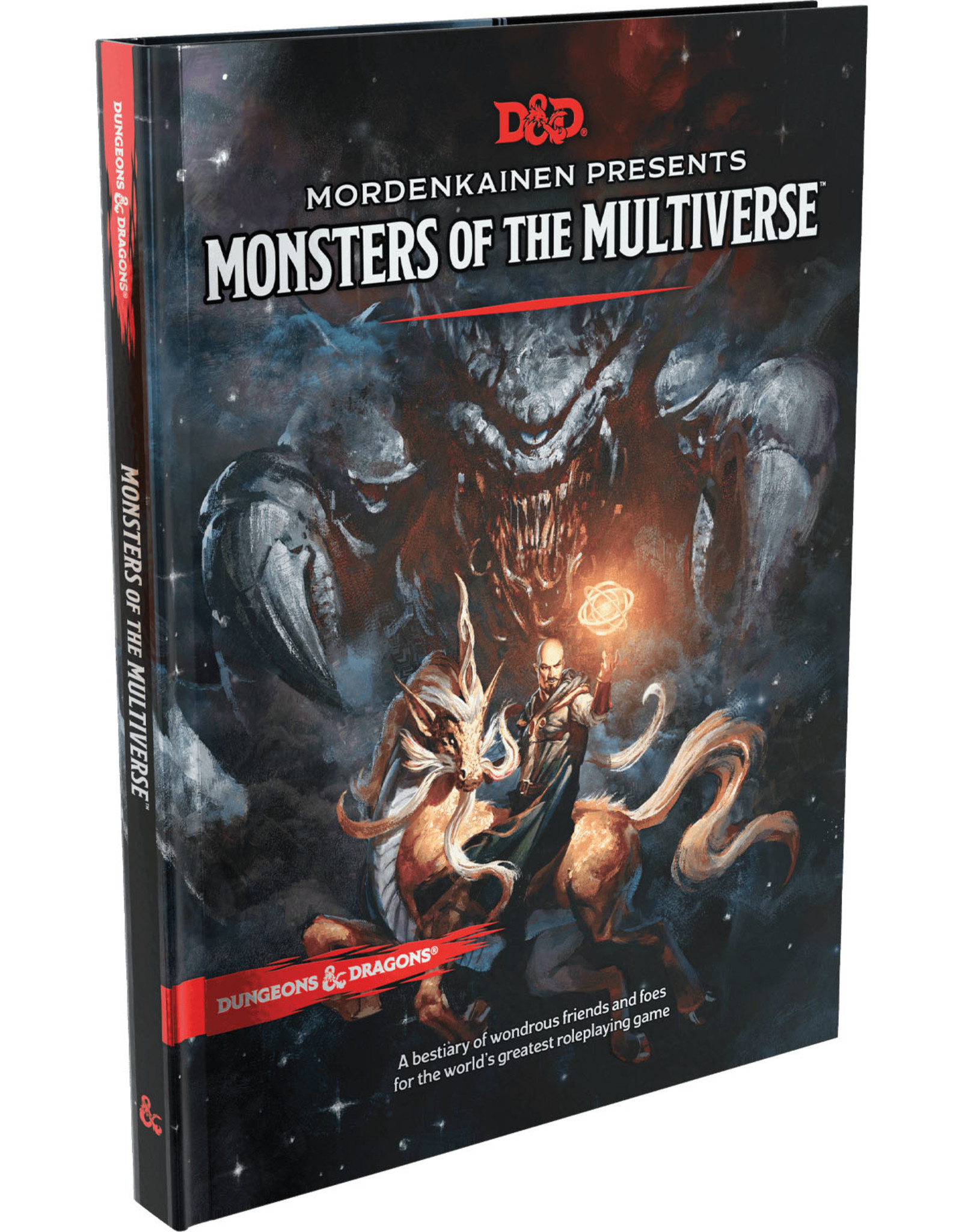 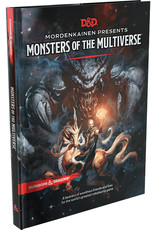 Monsters of the Multiverse holds a truly monstrous volume of options for D&D players and Dungeon Masters alike:

FACE THE DENIZENS OF THE COSMOS

Sparkling with the musings of the wizard Mordenkainen, this tome features a host of creatures for use in the Dungeons & Dragons roleplaying game. Hailing from every corner of the multiverse, these creatures represent some of the most benevolent and malevolent forces that D&D heroes might face.

The book also gathers together fantastical peoples from many different worlds. Each of these peoples represents a race option when you create your D&D character, expanding on the choices in the Player’s Handbook.

Compiling and updating monsters that originally appeared in Volo’s Guide to Monsters and Mordenkainen’s Tome of Foes, this book presents friends and foes for any D&D campaign, many of them accompanied by the comments of Mordenkainen. The wizard has faced many of these monsters and peoples on numerous wondrous adventures. Now it’s time for you to venture forth and face these creatures yourself!

This purchase unlocks the contents of this source for use with D&D Beyond, including the book in digital format in the game compendium and access to options from the book in the searchable listings, character builder, and digital sheet.