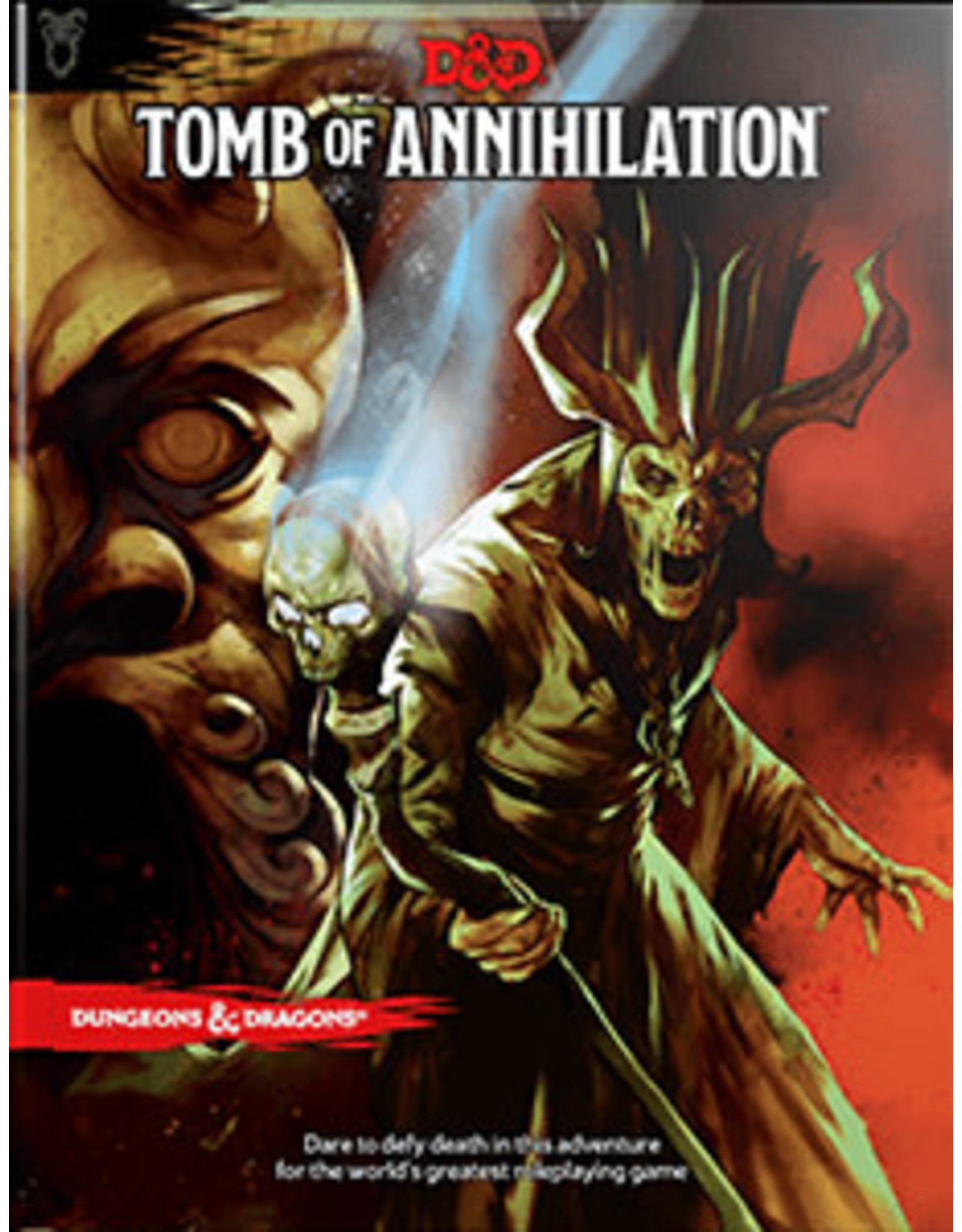 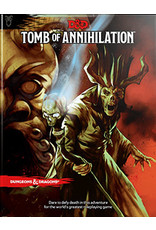 The talk of the streets and taverns has all been about the so-called death curse: a wasting disease afflicting everyone who`s ever been raised from the dead. Victims grow thinner and weaker each day, slowly but steadily sliding toward the death they once denied. When they finally succumb, they can`t be raised - and neither can anyone else, regardless of whether they`ve ever received that miracle in the past. Temples and scholars of divine magic point to a necromantic artifact called the Soulmonger, which is located somewhere in Chult, a mysterious peninsula far to the south, ringed with mountains and choked with rainforests. Adventurers tasked with stopping the curse must travel to settlements such as Port Nyanzaru to secure guides to lead them into the dense jungle. At the end of the journey, a horrifying villain awaits with a familiar visage. Tomb of Annihilation is a Fifth Edition Dungeons & Dragons adventure for character levels 1-11.