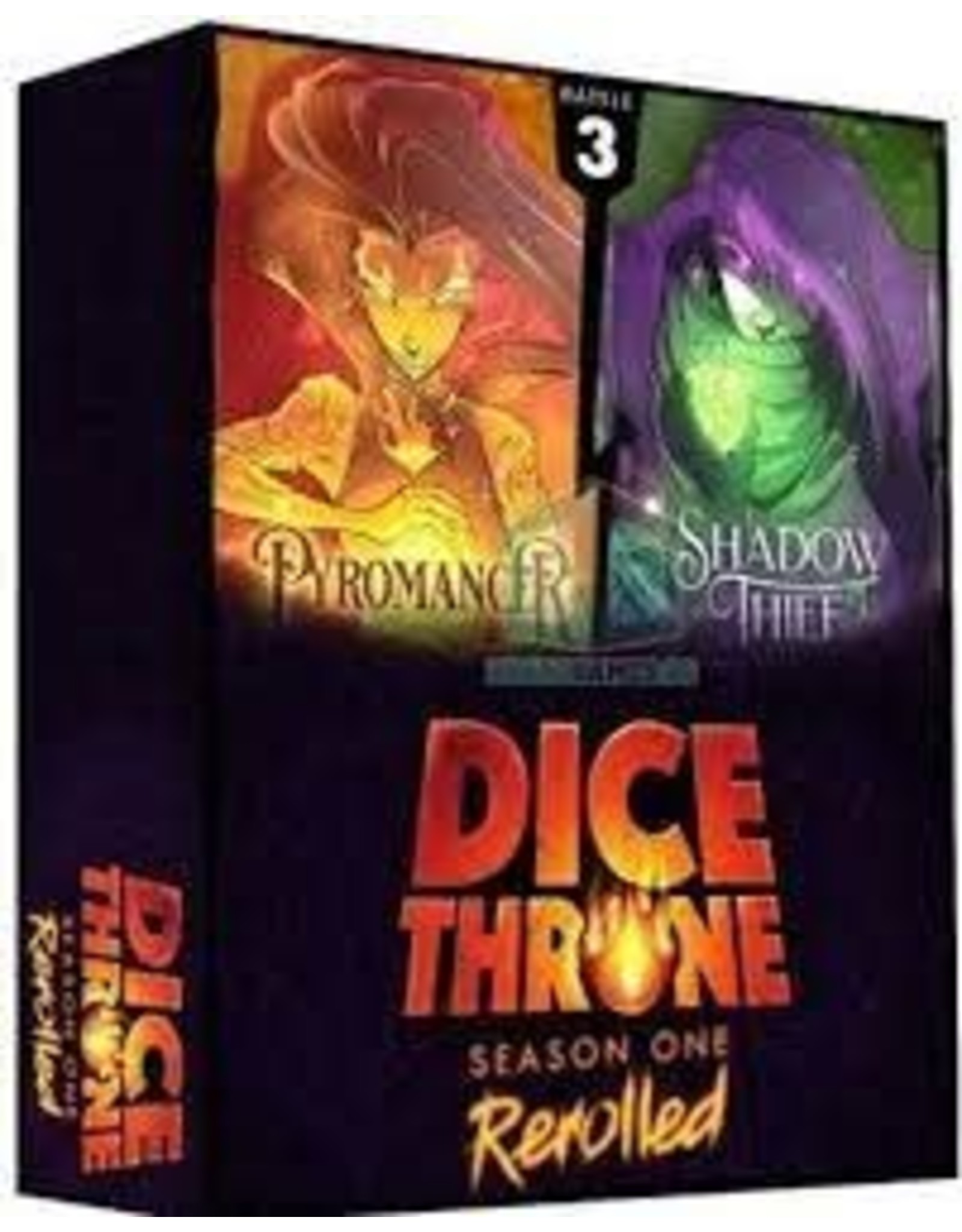 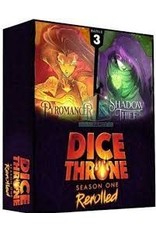 Each year, the Mad King hosts a tournament of champions with the greatest prize a hero could ever want: The Throne. Will you be the one bold enough to take it?

A heart-pumping, fast-playing game of skilled card play and dice manipulation. The game is played over a series of rounds where you will be rolling your hero's dice up to 3 times. You will use the combination of dice symbols or numbers to activate your hero's abilities to attack your opponent(s).

Dice Throne is a game of intriguing dice, tactical card play, powerful heroes, and unique abilities. It's a fast-paced 2-6 player combat game (1v1, 2v2, 3v3, 2v2v2, or free-for-all). Select from a variety of heroes that play and feel completely distinct from one another. Attack opponents and activate abilities by rolling your hero's unique set of five dice. Accumulate combat points and spend them on cards that have a large range of effects, such as granting permanent hero upgrades, applying status effects, and manipulating dice directly (yours, your teammate's, or even your opponent's).

Each hero has their own beautiful set of custom dice