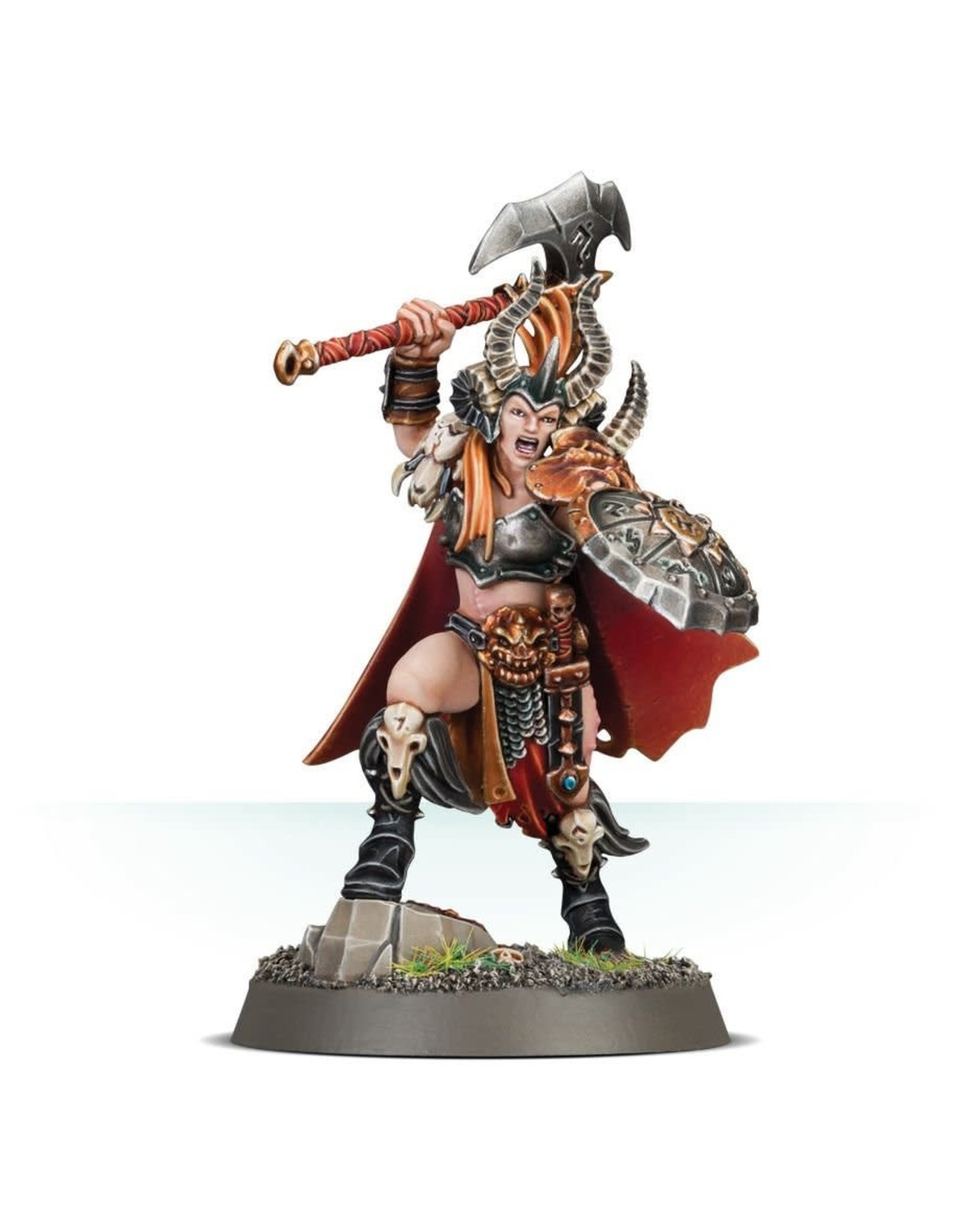 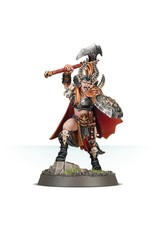 Thousands of mortal tribes have bound their fates to the will of Chaos, and at the fore are the Darkoath Warqueens. These are souls who have committed all manner of atrocity to attract the favour of the Dark Gods. With a fierce animal charisma and the fires of ambition fueling their every move, they are deadly warriors all, but their true power is the favour of the Dark Gods, and their supernatural ability to unite the hordes of Chaos as one. Marakarr Blood-sky has proven herself the rightful leader of her barbarian tribespeople again and again, and they obey her without question.

This multi-part plastic kit contains the components necessary to assemble Marakarr Blood-sky, a Darkoath Warqueen. She wears a large, ornate horned crown, which she has earned by her furious leadership of the Slaves to Darkness. Her armour can best be described as functional – studs, leather, metal and mail protect the most vital areas, while her exposed skin bears the scars of a lifetime spent hewing flesh and reaping skulls (a few of said skulls are attached to her boots.) Hardly the shy and retiring type, Markarr Blood-sky is posed lunging forward, hefting her warlord axe (notched and worn through years of hacking at her enemies) and wielding an infernal runeshield – the face of this shield is divided into 8 sections, representing the winds of magic. Her long cloak is studded with stone tablets, each one an unbreakable oath to the Dark Gods.

This kit comes as 9 components, and is supplied with a Citadel 32mm Round base.