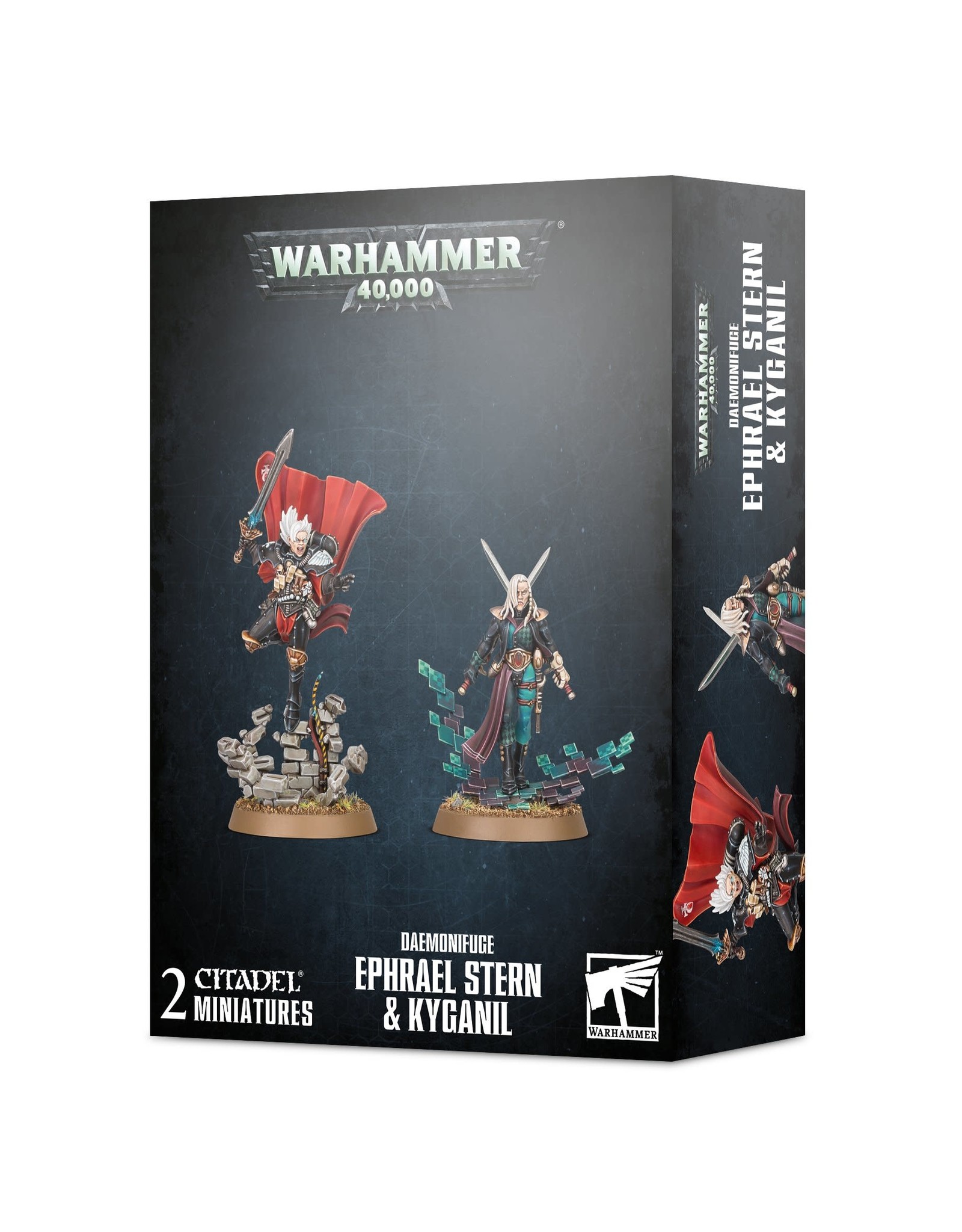 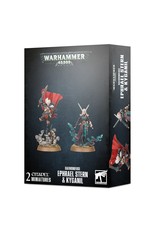 This item is available for pre-order. Release Date: July 4th, 2020

Ephrael Stern has been known by many terms during her long years in service of the God-Emperor – Thrice-born, Daemonifuge, sainted saviour, heretical witch. Once, she had been a respected and accomplished Seraphim within the Order of Our Martyred Lady, but fate had greater things in store for Ephrael Stern.

Otherwise known simply as The Pariah, Kyganil was once a fey Harlequin warrior of the Laughing God. Now he is a wanderer, an outcast from his own people who has found his place at Stern's side. Kyganil has brought her by dark paths to the repository of forbidden lore known as the Black Library, and it is through him that Stern has made contact with the Ynnari.

Fresh from the pages of the classic Daemonifuge comic series and Kev Walker’s subsequent novels come these stunning models of the controversial protagonists, Ephrael Stern and the former Harlequin, Kyganil.

The Warhammer 40,000 datasheets for Ephrael Stern and Kyganil are included in the box.