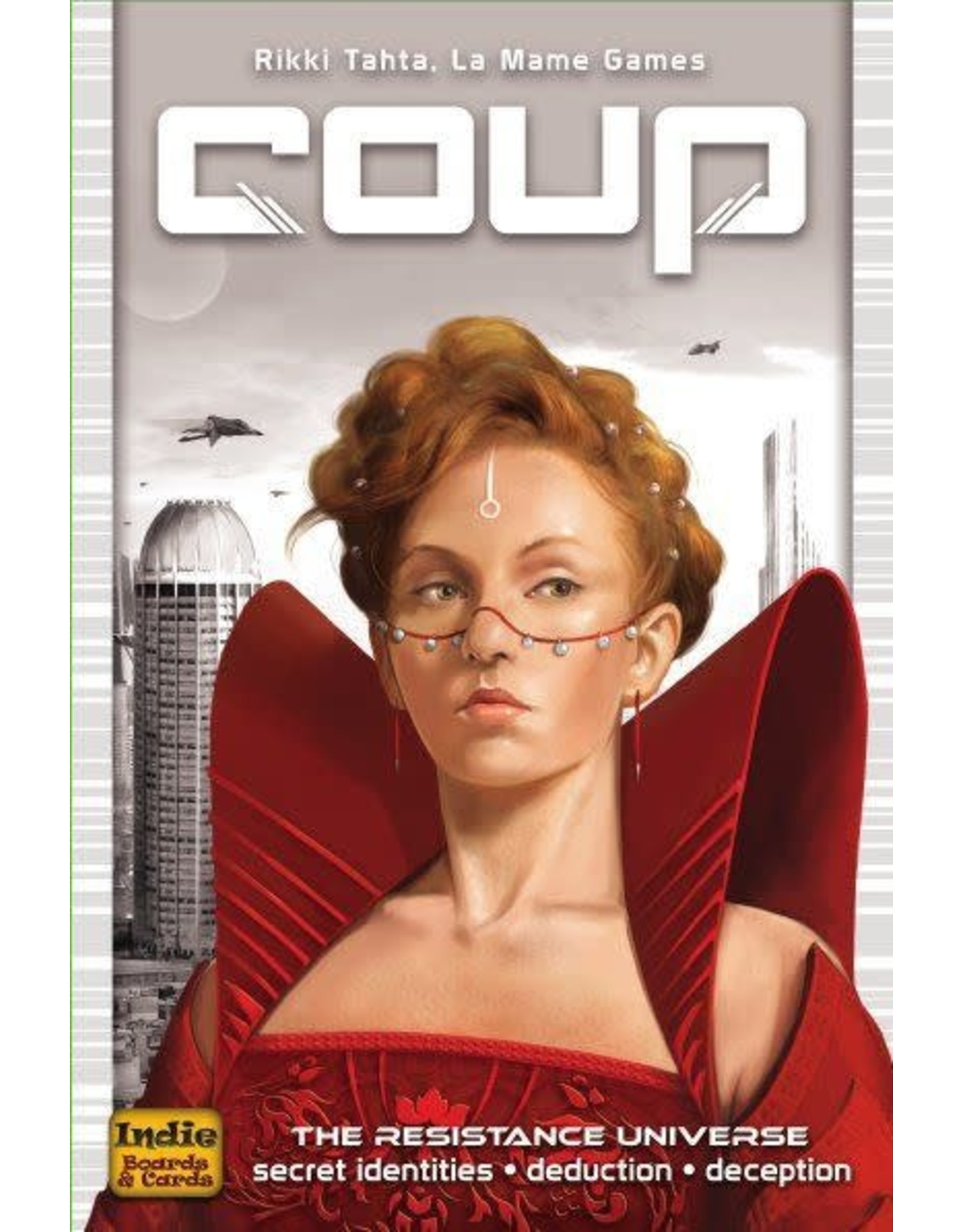 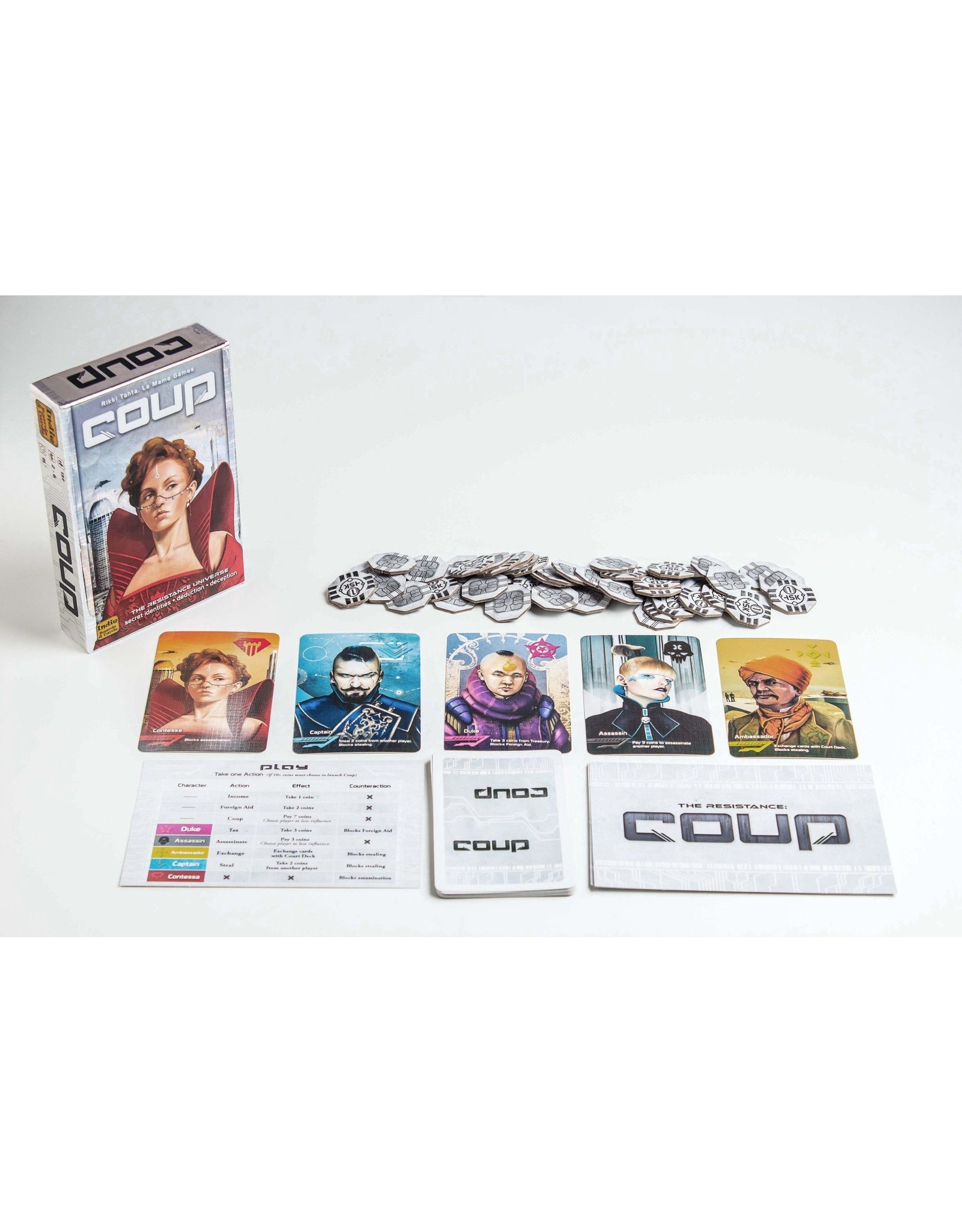 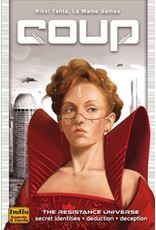 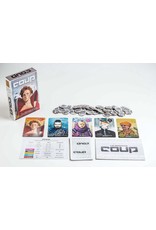 In a future where the government is run for profit, all but a privileged few live lives of poverty and desperation. The Resistance rises out of these oppressed masses in revolt and throws the government into chaos. To take command, you must destroy the influence of your rivals and drive them into exile. Only one can survive the Coup, a standalone card game set in the universe of The Resistance.

In Coup, you want to be the last player with influence in the game, with influence being represented by face-down character cards in your playing area.

Each player starts the game with two coins and two influence – i.e., two face-down character cards; the fifteen card deck consists of three copies of five different characters, each with a unique set of powers:

On your turn, you can take any of the actions listed above, regardless of which characters you actually have in front of you, or you can take one of three other actions:

When you take one of the character actions – whether actively on your turn, or defensively in response to someone else's action – that character's action automatically succeeds unless an opponent challenges you. In this case, if you can't (or don't) reveal the appropriate character, you lose an influence, turning one of your characters face-up. Face-up characters cannot be used, and if both of your characters are face-up, you're out of the game.

If you do have the character in question and choose to reveal it, the opponent loses an influence, then you shuffle that character into the deck and draw a new one, perhaps getting the same character again and perhaps not.

The last player to still have influence – that is, a face-down character – wins the game!