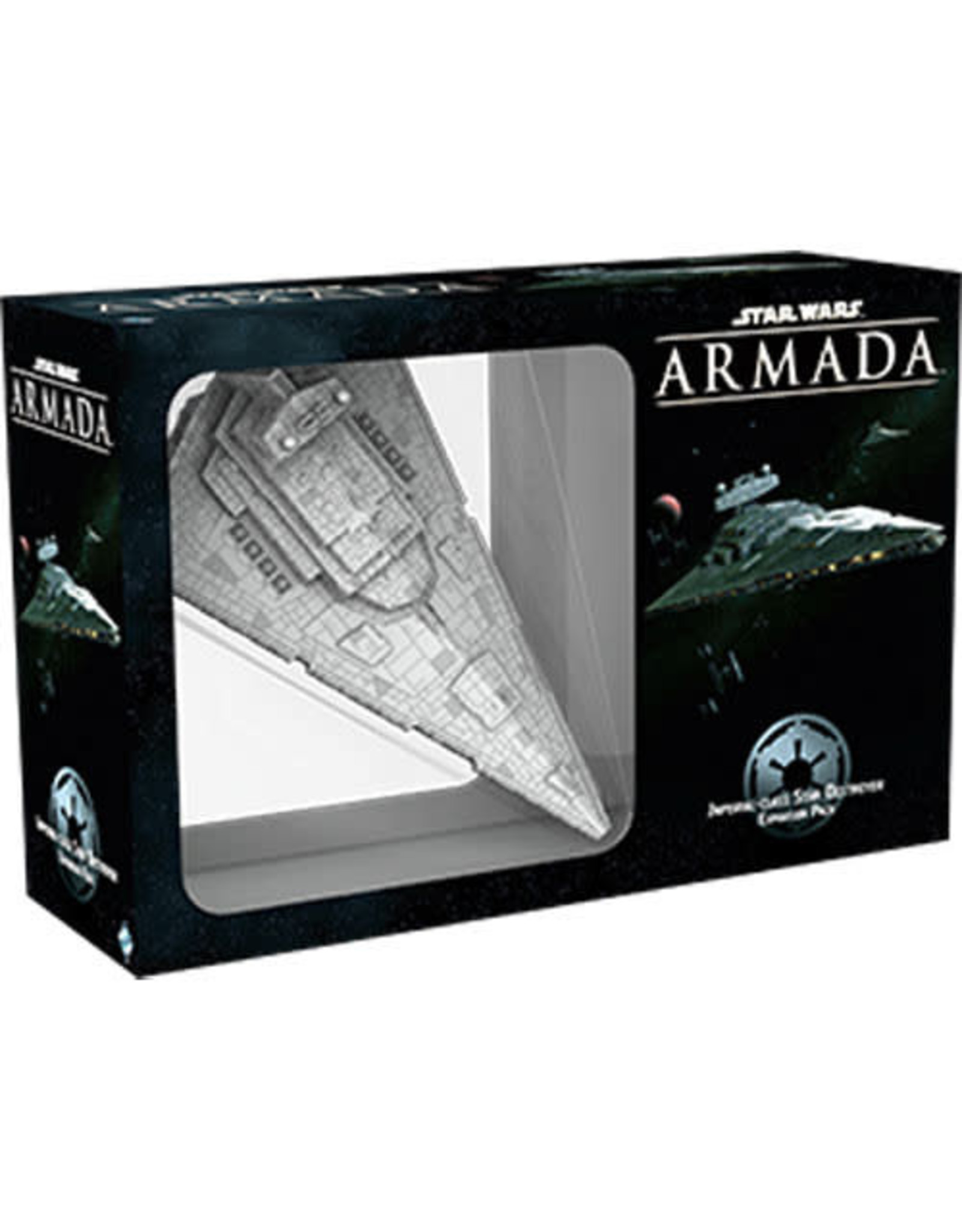 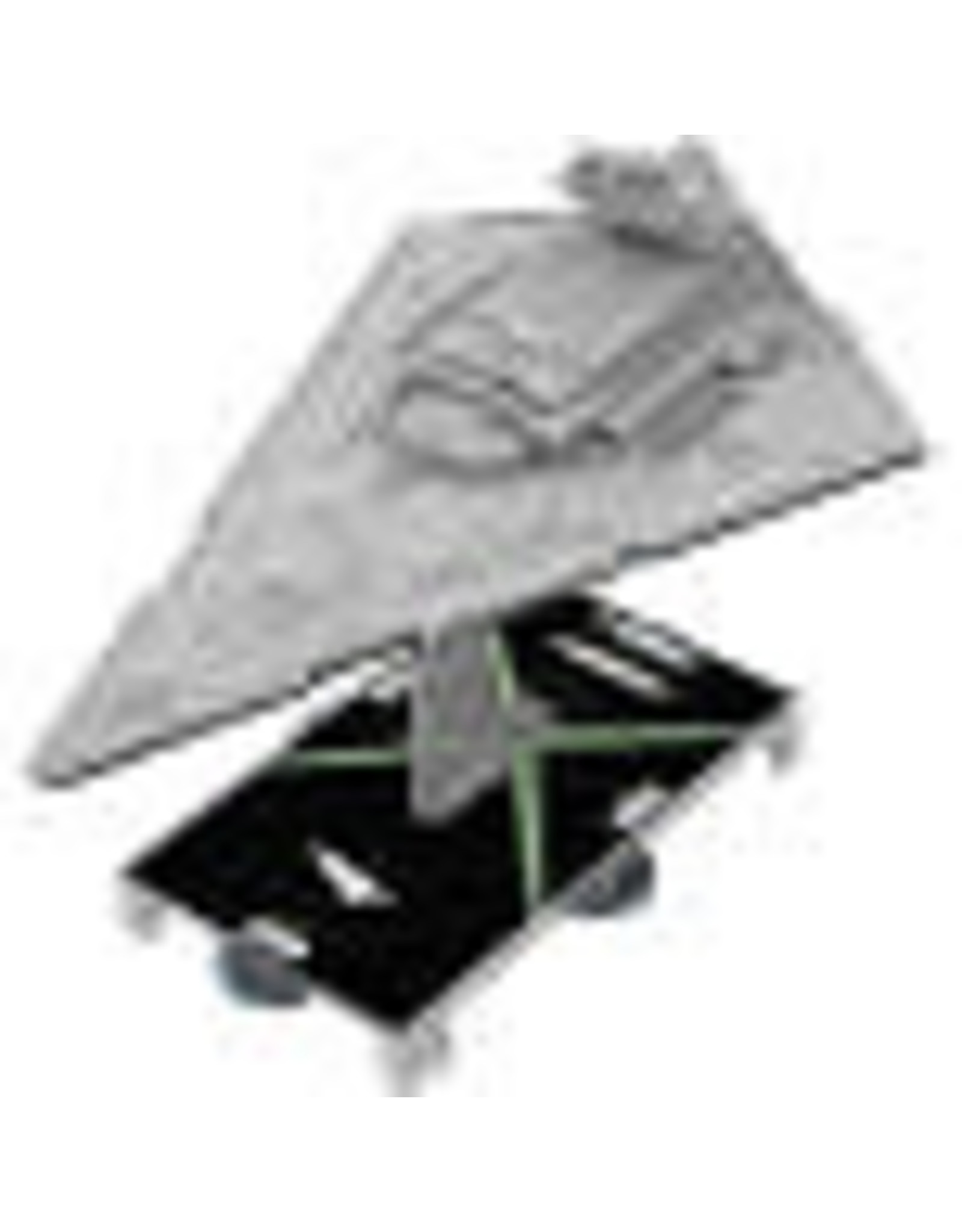 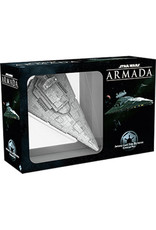 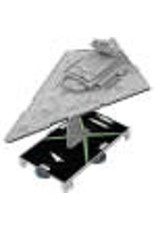 The iconic Imperial-class Star Destroyer forms the cornerstone of the Imperial Navy. With more than 100 turbolasers and ion cannons, it lays waste to the Rebellion's largest warships, and its powerful tractor beams ensure that no prey escapes its grasp. Beyond simple might, the Star Destroyer maneuvers with surprising speed for a warship of its bulk. It is the Empire's perfect solution for spreading fear throughout the galaxy.

This pack includes everything you need to add 1 Imperial-class Star Destroyer to your game.