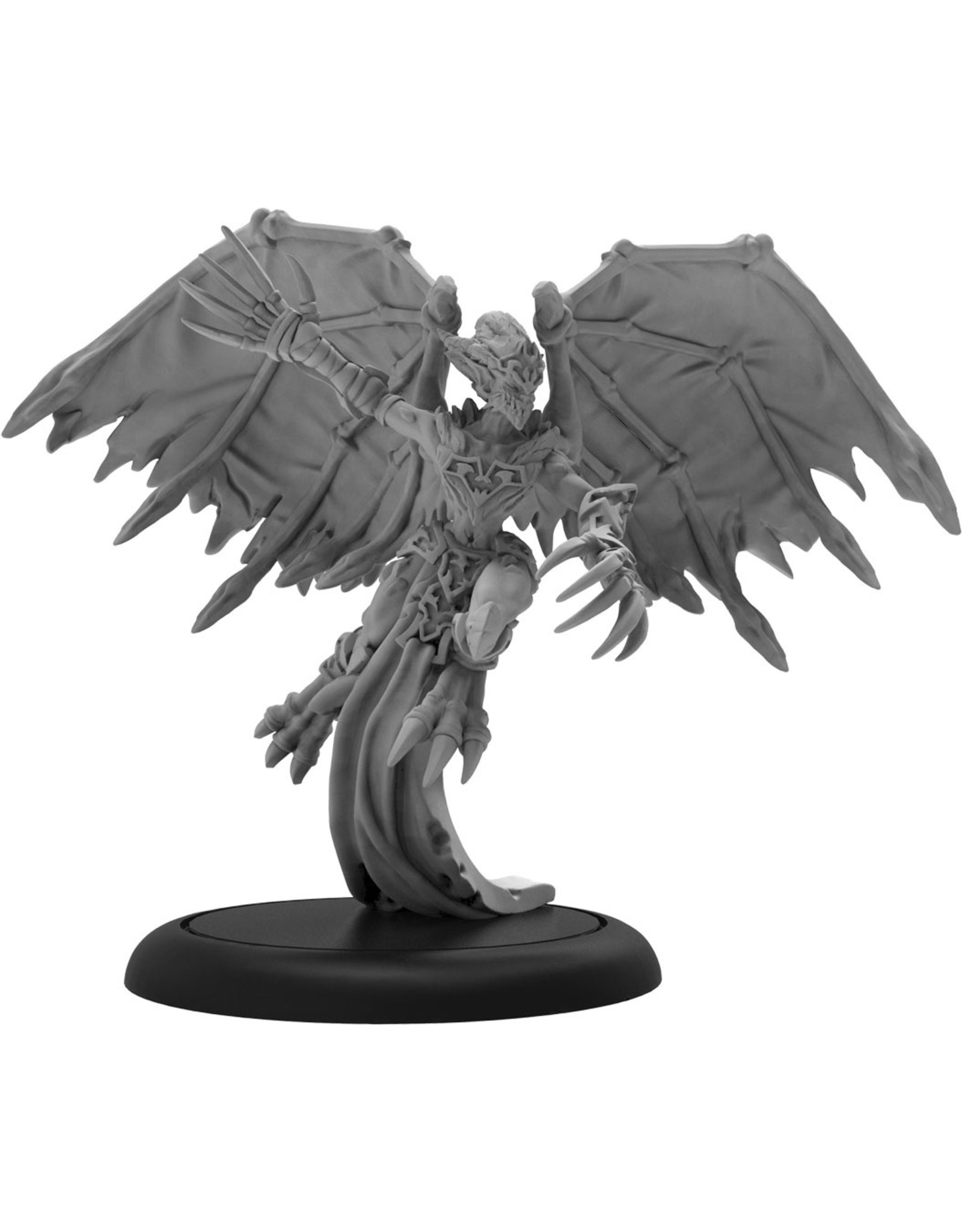 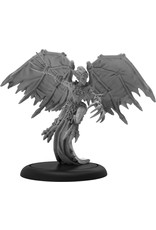 When the infernals invaded Caen, and the gods of man and wild sent their Archons to defend their mortal worshippers, Everblight watched with anger and disgust. He raged at the audacity of the gods to think they could create divine creatures with a skill greater than his own. He retched at the crude flesh work of the Infernals Masters and felt embarrassed for them in their pitiful goal of mere soul collection.

With righteous anger, Everblight set about creating a new race to lead his Legion into battle against the imposters and his own Archons to stand defiant against the machinations of ancient cosmic powers. In this endeavor, Everblight succeeded. Blight Archons are the culmination of Everblight's work: perfect creations that inspire his mortal soldiers, control his dragonspawn, and reduce his enemies to melted slag. Unlike previous Archons, the Blight Archon is a Faction-specific model, usable only by the Legion of Eveblight. Also unlike other Archons, Blight Archons are lesser warlocks that can control warbeasts in a Legion army.

Blight Archons can amplify the strengths of Legion blighted warrior models, push the warbeasts under their control to their limits, and protect the souls of those living models in the army that have them. This makes the Blight Archon a solid addition to any Legion army. For extra value, the Blight Archon synergizes very well with the upcoming Virtue models and Bethayne, Pride of Everblight. This is thanks to the Blight Archon's powerful corrosion-based abilities, including the ability to make nearby models susceptible to corrosion damage regardless of their innate immunities.