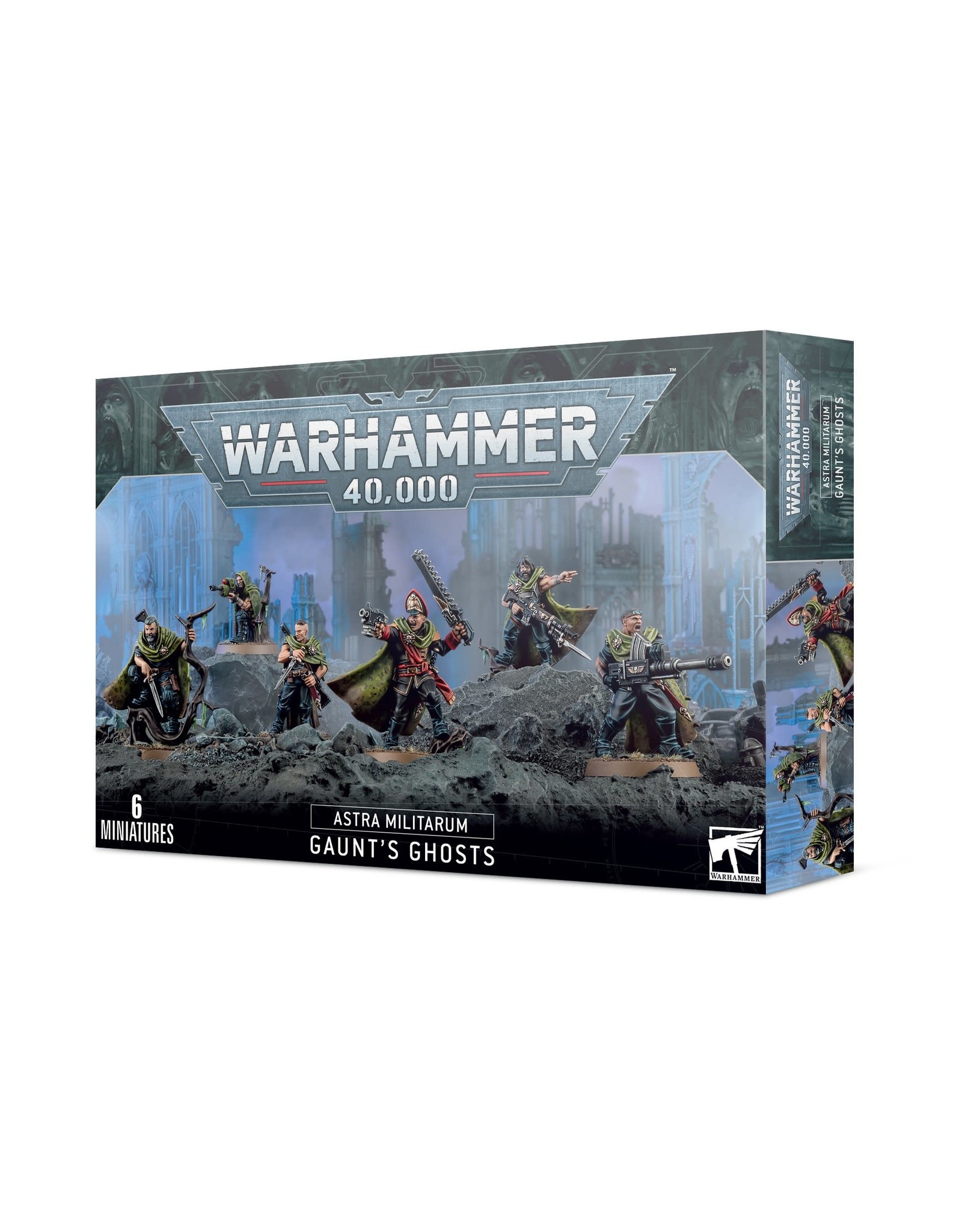 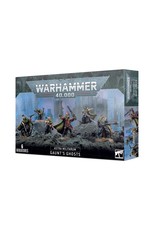 Led by the irrepressible Colonel-Commissar Ibram Gaunt, the Tanith First and Only are a reconnaissance regiment without peer in the Astra Militarum. So named for being the only survivors of their ill-fated homeworld, the soldiers who became known as Gaunt's Ghosts are expert woodsmen marked by their distinctive camouflage cloaks, which allow them to perform feats of incredible stealth worthy of their moniker.

Featuring six of the most well-known characters from the early books of the Gaunt's Ghosts series, this squad of specialists is the equal of any elite unit among the forces of Humanity. Each member contributes a unique skill, and all are rendered nigh-invisible upon entering even the lightest of terrain. Such is their stealth capability that their enemies have trouble even spotting the Ghosts from all but the closest distances.

Colonel-Commissar Ibram Gaunt is armed with a bolt pistol and chainsword, Hlaine Larkin takes aim with his long-las, 'Try Again' Bragg carries an autocannon, while Corbec, Rawne, and Mkoll wield lascarbines. Each model is also equipped with frag grenades and bears the signature straight silver knife and camo-cloak of the Tanith First and Only.

The kit is comprised of 35 plastic components, with which you can assemble one Colonel-Commissar Ibram Gaunt, one Colonel Colm Corbec, one Major Elim Rawne, one Master Sniper Hlaine Larkin, one 'Try Again' Bragg, and one Sergeant Scout Oan Mkoll. This kit is supplied with 6x Citadel 28.5mm Round Bases.