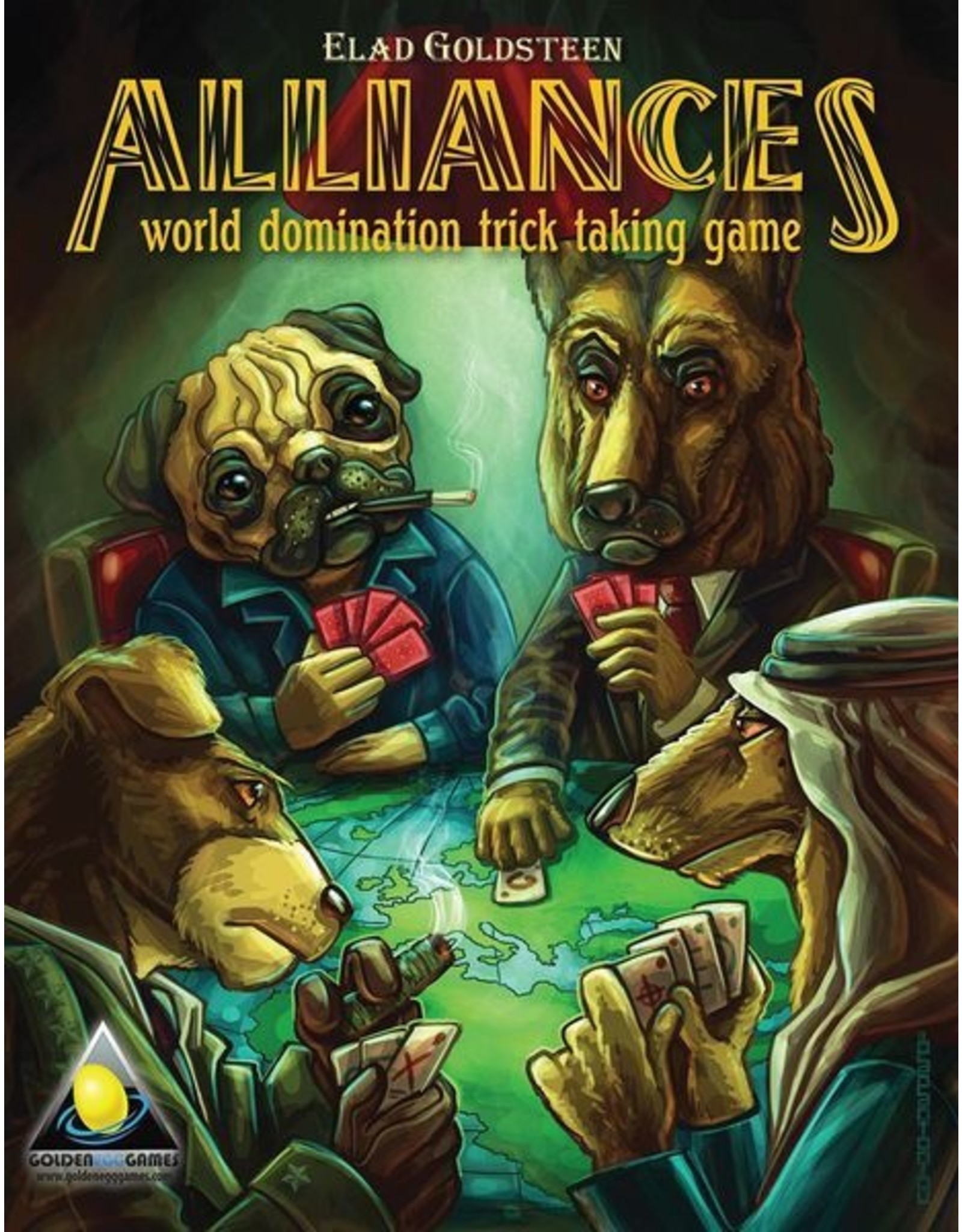 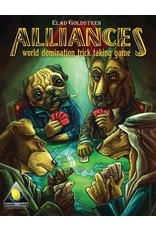 In Alliances, you will play a superpower nation seeking world domination along with its ally. The game is mainly based on trick-taking mechanisms, with each trick representing a local struggle to control a country in the world. The world is composed of a vast number of countries, each one represented by a tile on the table. Each country also has its own defensive attributes: a certain military strength, economic strength and political strength which need to be overcome. In order to win, your alliance has to dominate the world by gaining control over the most countries.